You will love Dhadak, as long as you don’t compare it to Sairat 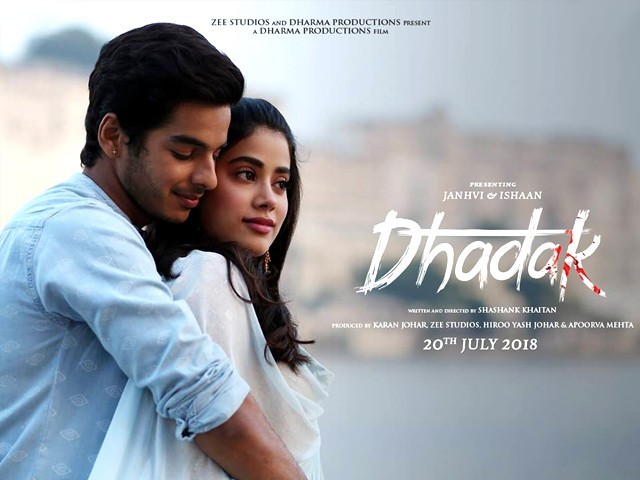 The story is engaging and appealing because like Sairat, the premise surrounds a love facing the ruthless pressures of society. PHOTO: FACEBOOK/ DHADAK MOVIE

Dhadak is an adaptation of the celebrated Marathi film Sairat, based on the deep but doomed love story of two youngsters who, because of their class differences, have to pay a heavy price for being together by the hands of political and societal tyrants.

The basic plot of Dhadak plays out the same way as the original, where Madhukar (Ishaan Khattar), a lower-caste boy, and Parthavi Singh (Janhvi Kapoor), an upper-caste girl, fall head over heels in love with each other. Parthavi is evocatively a fearless, boisterous and spoilt daughter of a Rajasthani political kingpin, while Madhukar is the shy son of a restaurateur who falls madly in love with her. 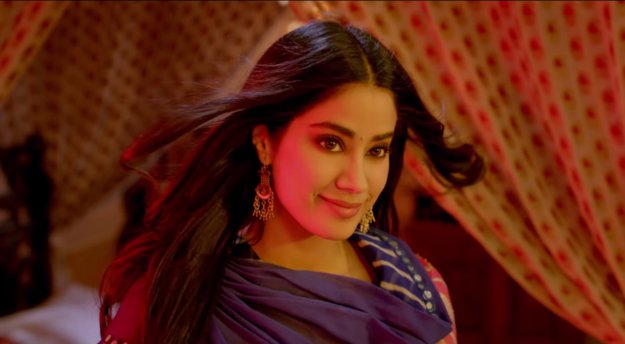 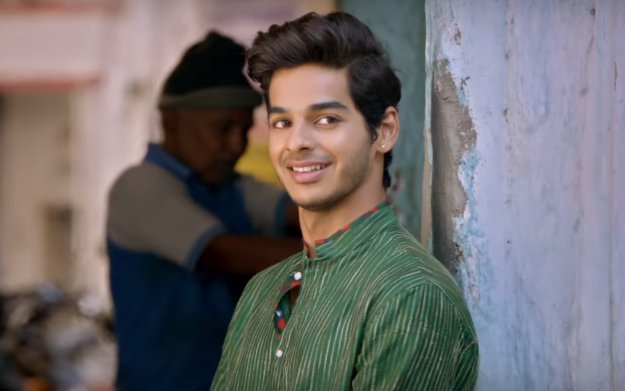 The caste differences between the couple are an inevitable thorn in the path of their scarlet romance, yet the lovers choose the path of fighting the battle for their love to triumph and go against their parents will, as well as the norms of their society and culture. By choosing the path of elopement, they hope to live their fantasies and romance freely, but are unaware of the bitter realities and tragedies that await them.

The story is engaging and appealing because like Sairat, the premise surrounds a love facing the ruthless pressures of society. But contrary to Sairat, it does not portray the gravity with which the caste atrocities, clashes and prejudices were brought to life on the landscape of cinema by Nagraj Manjule. As it was speculated before, Dhadak has trivialised the morass of caste and class divisions, as it merely skims the surface of it.

Sairat lured the audience through the popular genre of a Romeo and Juliet inspired forbidden love story set against a rural setting. It was a commercial and mainstream film replete with song and dance sequences, however, the naturalism, realism, honesty and depth of the art-house narrative were not compromised. It revealed the unpretentious yet audacious and trenchant currents and tones of life-threatening conflict that the beleaguered lovers become a victim of. Despite inconsistencies in the narrative when compared to its source material, Dhadak convincingly portrays the blossoming of love and the predicament that follows after their love is discovered.

Since Dhadak is a remake, comparisons between the two films are inevitable. And when compared to Sairat, Dhadak is undeniably synthetic and sporadic, as it is too polished and glossy. The screenplay is insipid, the script scattered, and the film misses out on the penetrating and daring plot of the original. It is devoid of rawness and simplicity, while the projection of extravagance is blatant.

As it did when the trailer dropped, Dhadak once again disappoints and fails fans of Sairat. But when taken out from the roof of its inspiration, Dhadak has an appeal and allure of its own. It manages to enthral the audience to a degree, as the focus on the plight and ordeal of the lovers remains and stirs the right emotions in the audience. Following Sairat’s template from scene to scene, Dhadak stands on its own with its own impact and charm.

As far as acting is concerned, Khattar’s vigour and enthusiasm as a newcomer comes across, and he does a decent job.

Kapoor is beautiful and radiant, but her dialogue delivery is mostly stilted. The acting of the lead pair is nowhere near the performance delivered by the actors of Sairat, particularly Rinku Rajguru, who received a National Award. However, they do manage to be convincing enough for Parthavi and Madhu’s romance to come across as real, heartfelt, innocent and pure.

Director Shashank Khaitan definitely could not step out of his “Dulhania” mode, with his third film entailing a lot of visual likeness to his earlier films. In Dhadak, the fashion quotient remains high and the scenes have been shot very aesthetically, but it is also Khaitan’s best film thus far, as it delves into the dark realities of life.

The film has some spectacular cinematography by Vishnu Rao, who brings out the landscapes of Udaipur artistically and successfully on celluloid. It sure is a spectacle of grandeur and splendour with beautiful sets, costumes and makeup creating a world of fantasy (in the first half), while the pleasing background score is on point and fits into the momentum of the scenes. Additionally, Ajay-Atul’s soundtrack – which consists a set of mellifluous songs like Zingaat, Pehli Baar and the title song Dhadak – is delightful and catchy.

Despite its flaws and failings – mainly its lack of depth and intensity – Dhadak has the power to ring effective, continuous beats in the hearts of people. In an attempt to differentiate the film from Sairat, it glorifies and glamorises its way through issues, which is a clear injustice. Nonetheless, the film effectively thrills the audience as it brings a typical Bollywood mainstream and commercial cinematic experience, with its humour, visuals, emotions, and brimming freshness, along with a naïve yet compelling romance between Khattar and Kapoor. 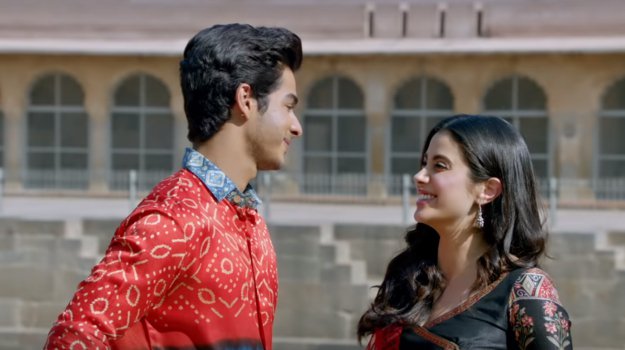 Overall, Dhadak is a visual treat that will appeal to many eyes and hearts, if not minds. Even with the way the film leads up to the climax, it creates palpable suspense and tension. For those who have not yet seen Sairat, this film will undoubtedly be entertaining and captivating. Thus, Dhadak deserves a recommendation, because it is quite a spectacle for people who crave entertainment.