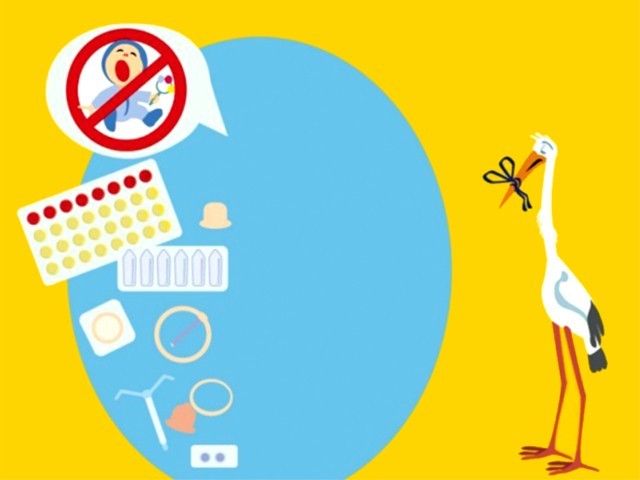 Contraception is treated as just another taboo and conveniently swept under the rug. ILLUSTRATION: TRIBUNE CREATIVE

It was a particularly tiring emergency day in the obstetric labour room. I was writing down patient notes on a file when a woman came pleading to me,

(Please doctor, nullify the signatures I just did on the file, we refuse to take intrauterine device for contraception.)

IUCD (commonly known as Cu-T) is a small contraception device placed in a woman’s uterus to delay the next pregnancy and ensure better health opportunities for both the mother and the child. When I tried to counsel her about the benefits of contraception (again), she told me that it was complicated. She had signed for her daughter’s emergency Caesarian section (C-section) and IUCD after consulting with her daughter but her daughter-in-law’s family was now threatening her. Her husband refused to take her back if those signatures were not nullified because he didn’t want any contraception.

It is important to note that the woman giving birth was 19-years-old and her pelvis was too small to give birth naturally, hence the need for C-section. My senior tried to talk her mother into it again but considering her fear that her daughter’s marriage will fall apart, we gave up and no contraception was given to that patient.

This is not an unusual scenario for me. In the past three months that I’ve worked as a house surgeon in the gynaecology or obsteric department of a public hospital in Lahore, I’ve counselled countless families about contraception. The keyword here is “families” when it should have been “couples” but that is not how it works in our society. Out of all the birth procedures I’ve been a part of (which are at least seven to eight per day), none of the women said yes to contraception when we offered one. The answer was always “ask my sister”, “ask my husband”, “ask my in-laws if they permit, I can’t take this decision”.

Can you see the “extent” of body autonomy for women here? They use their body to nurse a child for nine months, go through hours’ long, excruciating labour and sometimes a surgery to give birth to their child, and breastfeed him but when it comes to family planning, they are powerless. Their fate is decided by their husbands, sisters-in-law, uncles, aunts and sometimes distant in-law relatives. Don’t get me wrong, I think a husband should have a say in how and when to have a baby but in the current situation, a woman’s body is a mere vessel used to produce babies on the will of others only. Her body autonomy is a literal joke!

I particularly remember a case where I had to counsel three sisters-in-law (out of seven as pointed out by the patient specifically), a husband and then a mother-in-law on the phone just to get consent for contraception. The fact that whether doctors have time or energy to do such rigorous counselling of every patient is a whole other story but I’ll save it for another day.

This reminds me of “aurat march” that happened in Pakistan a while ago, where some catchy placard stirred a flood of controversy on social media. The one that people found particularly enticing was “mera jism, meri marzi (my body, my choice)”. A lot of educated people around me made a mockery out of it. Most reduced this slogan to mere clothing, portraying that feminists have an agenda of normalising women walking nude on the streets, which is a clear blow to our culture and religion. The hoopla went on for weeks and the whole ideology of “consent”, “body autonomy” and “reproductive rights” behind this slogan was reduced to tasteless memes.

However, every day that I’ve worked in the gynaecology department, this slogan just comes back to hit me in the gut. Every time a patient came back with another pregnancy after a mere nine months of previous C-section, I wanted to thrash those condescending educated elites (women and men both) who exhibit inflated egos and choose to stay in their ignorant privilege bubble. Most of the women from the upper middle class and elite parts of society are allowed to make informed decisions so their privilege doesn’t allow them to think there is any need for such campaigns. It’s mostly the lower middle class and below that suffers and a lot of times, unfortunately, at the hands of other women in their families. The reason for this mindset are our social and marital dynamics which can be changed by normalising ideas like “mera jism, meri marzi” but as always, we choose to stand on the wrong side of the issue because our thought process is too stunted to look beyond our limited experiences, conspiracy theories, and women’s clothing.

Contraception is treated as just another taboo and conveniently swept under the rug. A “planned pregnancy” is a myth and the individuality of a woman is defined by her ability to give birth (the more, the merrier).  However, I honestly believe it can change our society for the good. I’m not even considering the massive economic and environmental repercussions of overpopulation here. I’m talking about a social change that women being aware and having control over their bodies can bring. When the availability of the pill became convenient in America in the mid-20th century, the whole discussion around child rearing and marriage changed, transforming their society for good.

According to Stephanie Coontz,

“Until women had access to safe and effective contraception that let them control when to bear children and how many to have, there was only so far they could go in reorganising their lives and their marriage.”

Hence, both men and women (and their families) can benefit from normalising a culture where a woman having body autonomy is not a threat but a supportive tool and it can only happen when we take the control of women’s bodies from the society and hand it over to where it actually belongs – to the women!

Is it really that hard to do?

The author is a doctor by profession and humanist by thoughts. She is deeply interested in writing about social issues and blogs sometimes on hirashaheen.blogspot.com . She tweets @hirashaheen (twitter.com/hirashaheen)