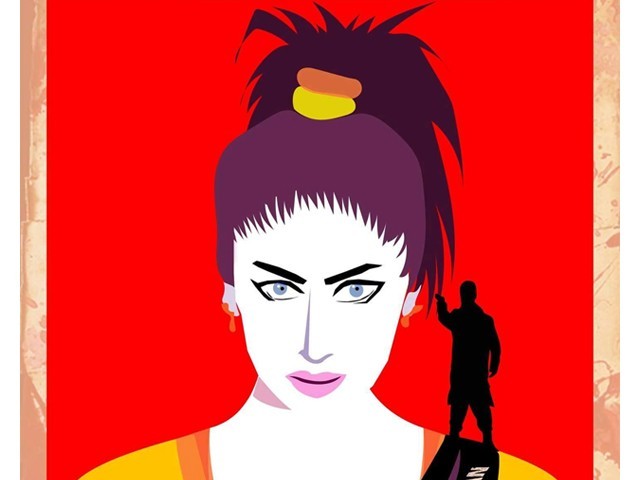 Her death – much like her life – attracted wide publicity in Pakistan and abroad. PHOTO COURTESY: RAHEMA ALAM

It has been two years since social media sensation Qandeel Baloch was brutally murdered by her brother in the name of honour on July 15, 2016. Her death – much like her life – attracted wide publicity in Pakistan and abroad. It galvanised legislators to make superficial changes to the honour killing legislation in Pakistan. In reality, these changes have had little (to no) impact on the number of honour killings in Pakistan.

Six days after Qandeel’s death, a parliamentary committee approved an honour killing bill that sought to bridge the gap in the existing honour killing legislation in Pakistan. This gap had previously allowed “honour killers” to walk free, even after confessing to murder, by availing provisions of forgiveness in the Islamic law. Forgiveness provisions enabled the relatives of a deceased person to pardon a killer or to accept blood money in lieu of punishment by death.

The most significant change in the new bill was its effect on pardon – the forgiveness plea. Through the new bill, the pardon power was limited in honour killing cases: family members of a deceased person would now only have the power to pardon a killer from the death penalty, but not altogether. An accused would thus have to face a judge-determined mandatory sentence for committing an honour crime. The minimum sentence for honour killings previously was 10 years, but the new law raised it to life imprisonment.

Life imprisonment in Pakistan is a mere 12.5 years.

Eight months prior to Qandeel’s death, Sharmeen Obaid Chinoy made an Oscar-winning documentary on the story of Saba, a victim of an attempted honour killing. Saba was shot in the head, wrapped in a bag and thrown into a river. She miraculously clawed her way out and survived the bullets. Sharmeen and others pressed Nawaz Sharif, the then prime minister, to amend the law on honour killings. On October 6, 2016, the new law was adopted unanimously by the Parliament.

It has been a year-and-a-half since the amended (and alleged gap-free) legislation was passed, but there has been no decline in the number of honour killings. According to the Human Rights Commission of Pakistan, a whopping 620 women have been killed in the name of honour from the time the bill was adopted in October 2016 to date. This number may actually be much higher, as accused persons may now plead guilty to a motive other than honour killing to avail the pardon that is still available in other murder cases. The majority of these 620 killings have been committed by a husband, former husband or a sibling. Of these, 120 killings took place because of a woman’s choice in marriage. Another 339 took place because of “illicit relations”.

The threat of life imprisonment or the inability to avail pardon has clearly not served as a deterrent to stop those who are killing for honour. Often, members of these communities are forced to comply with killing requests if they want to remain a part of their tribes.

Sanam Maher sheds light on this in her book, The Sensational Life and Death of Qandeel Baloch, focusing on the gross and horrific killings that have taken place to date in Qandeel’s birth town, Shah Sadar Din. For instance, body parts of those that offend a community’s honour are often chopped up and shipped to alleged antagonisers. Her book provides critical insight into the places where killings for honour are rife, into what motivates these murders, and on just how toothless and poorly implemented the honour killing law has been in these killing hotspots.

Post-Qandeel’s death, it appears that legislators merely responded to counter the international media outcry that was galvanised through Sharmeen’s film, which painted Pakistan in a negative light, by making slight changes to the honour killing legislation. In reality, empirical evidence reveals that gaps in the law still exist, and that nothing has changed.

Maher uncovers that the interpretation of the honour killing law has not changed, in courts or otherwise. For instance, in February 2017, a Sindh High Court judge was presented with a couple pleading for police protection from their families because they had married out of their own choice. The judge responded by saying,

“If love marriages don’t succeed in films, then how will they succeed in real life?”

His response reveals little understanding of the deep fear and abuse faced by victims of such crimes, but also of the deep-rooted normalcy and triviality that is attached to such crimes. He completely mischaracterised the issue to address whether love marriages work. His duty, however, is not to determine whether or not the couple should marry for love, but instead to interpret the law in a manner that ensures victims are protected from the wide tentacles of honour crimes.

It has also been reported that the High Court in Peshawar has acquitted accused persons in honour crimes twice since the new law has been passed. In May 2018, Additional IG Punjab Abu Bakar Khuda Baksh reported that 222 women were killed by relatives in incidents of honour killing, but only six murderers were convicted in 2017; that is, after the new law was enacted. In 2016, 229 women were murdered for honour, and only 15 of the accused were convicted.

The killings have not reduced. The perpetrators of honour crimes are not threatened by the amended law. This law must be implemented from the High Courts down to the districts in order to be effective. Often, such crimes actually take place in small towns where district court judges are deeply embedded within communities that pride themselves highly on crimes of honour and of loyalty to tribe and kinsmen. They may thus find it difficult to challenge the gross “traditions” in place in their own courts of law.

A senior police official has revealed that Pakistanis will accept a man who has committed rape, but if a woman is suspected of an affair (not necessarily an extra-marital affair) it is considered a shame for the family and thus, will not be forgiven. The issue is hence of mindsets and values.

The approach taken by lawmakers and law-enforcers reflects that the issue is greater than that of a toothless law – it is one of social narratives and of the acceptability of these acts. Until the Parliament, media and the courts of law do not galvanise a consistent narrative against honour killings, and until a strong precedent is not set in all courts against those that take “honour” into their own hands, we cannot expect any lasting change. Better implementation and understanding of the law can only be mobilised by a change in mindsets.

Perhaps then something will change. But first, the national narrative must shape that there is no honour in honour killing.