Sicario: Day of the Soldado might be trash, but it’s an incredibly stylish trash 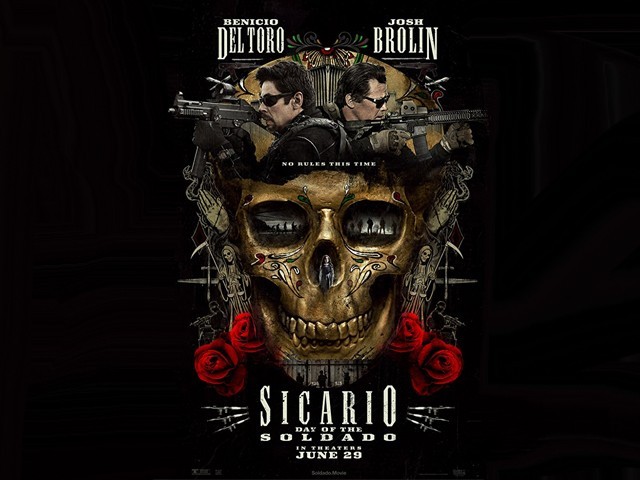 In terms of performances, you can’t really find a fault with either of the lead actors. PHOTO: IMDB

Being a sequel is such a sad state of existence. You are doomed being stuck between a rock and a hard place. Where critical analysis of a follow-up’s cinematic merit is the proverbial stone and the intense comparison with the original work is the unyieldingly rigid wall that they are constantly pushed against.

But some sequels have it worse than the rest. Case in point: when you are up against one of the best director-cinematographer duo in current times. And Sicario: Day of the Soldado just happens to be one from the unfortunate bunch. The original movie was a product of the combined artistry that the golden pair Denis Villeneuve and Roger Deakins managed to infuse into it. The sequel, on the other hand, is hoping to embark on its journey to cinematic success with neither as travel companions.

So did Sicario: Day of the Soldado manage to beat the unfavourable odds that were stacked against it?

One important individual who does happen to stick around from the prequel is our black operative, Alejandro Gillick (Benicio Del Toro), who is recruited by another recurring character, CIA agent Matt Graver (Josh Brolin), following a deadly terrorist attack in Kansas City. His mandate is clear and ruthless: to use extreme measures to combat Mexican drug cartels who are suspected of having transported the extremists responsible for the bombing across the border.

The lead duo decide that the best way to deal with narcotics is to provoke a war between the major cartels. So Alejandro discreetly executes a high-profile lawyer of one Mexican syndicate, while Matt kidnaps the kingpin’s daughter (Isabela Moner), to make it seem retaliatory and let the great cartel war begin.

Now for our anti-hero, this whole situation isn’t just strictly business. We would do well to remember that Alejandro’s whole family was gunned down by the same drug lords, so he has some serious personal stakes in this unravelling of events. Long story short, the American government, the CIA, Mexican cartels, Mexican police and human traffickers all get involved in this quagmire of a situation, and our protagonist ends up running away from most of them, trying to protect the young kidnapee. 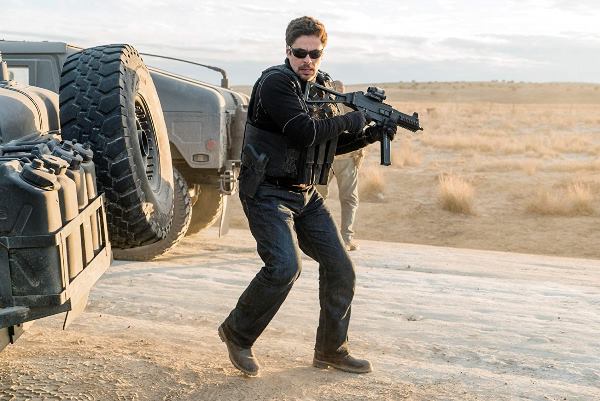 The original was a complex tale of morally conflicted characters handled deftly by a master craftsman in Villeneuve. But the sequel is devoid of one of the most important pieces that helped made the prequel such a riveting drama. Emily Blunt’s character in Sicario was the moral compass that kept Brolin’s and Del Toro’s machismo and mindless appetite for chaos in check.

The humanity bit in the sequel is provided by the little abducted girl whose relationship with Del Toro when out on the run is one of the main sub-plots of the film. The whole dynamic between the two reminds you a bit of Logan with shades of Leon: The Professional thrown in the mix for good measure. But regrettably, the rapport shared between Del Toro and Moner is nowhere as developed as it was in the aforementioned films.

Another weakness of Sicario: Day of the Soldado is the script, with the third-act being a major let-down in terms of a satisfying realistic climax. 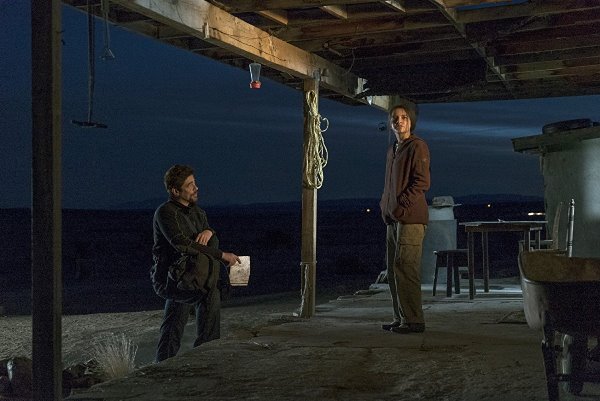 In terms of performances, you can’t really find a fault with either of the lead actors. Both Brolin and Del Toro have a great presence on screen and make the best out of the written material they are provided with. You might find Del Toro’s act a little modest in terms of emotions as opposed to Brolin’s but he makes his appearance felt with the same intensity. 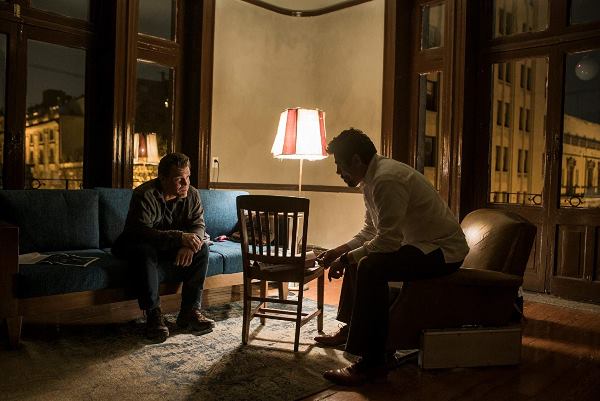 The movie is a dream come true for a violence junkie, and the way the whole mayhem and gore parts are captured is where Sicario: Day of the Soldado scores the highest. It might be trash, but it’s an incredibly stylish trash.

I wouldn’t really recommend against watching Sicario 2, but what I’d definitely advise is that you forget about the original and any accompanying comparisons that would inevitably come tagged with it.