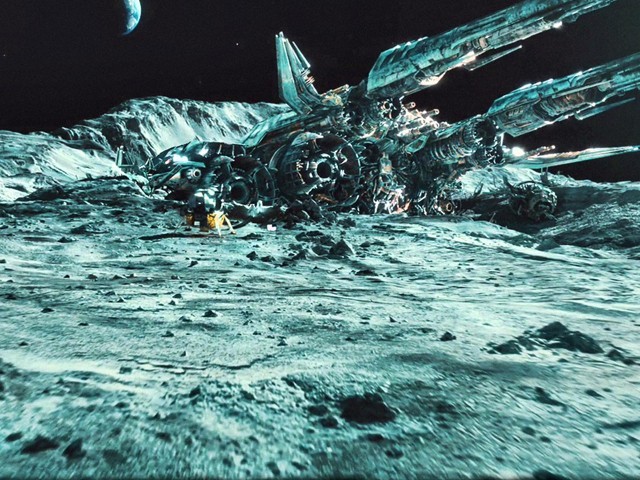 Bay made a good movie in the first Transformers and then proceeded to make two bad sequels.

Watching a Michael Bay movie must be similar to what I imagine it is like for patients on the receiving end of a colonoscopy – there is always a bit of a fear. After all, this is the director who, in 2001, took a historic tragedy and unintentionally turned it into a three-hour comedy in the form of Pearl Harbor.

The experience is numbing, considering that you can fit the plots of Bay’s entire work on the back of a matchbook; after either ordeal is over, any enjoyment you may have felt is accompanied by feelings of guilt.

Dark of the Moon is the third installment in the Transformers movie franchise, and like its predecessors, it has again been directed by Michael Bay. Bay, who shocked everyone in 2007 by making a good movie in the first Transformers (70 per cent fresh rating amongst Rotten Tomatoes’ “Top Critics”) film, decided that one good movie was enough, and proceeded to make an awful sequel in Revenge of the Fallen, which lacked what little plot development and subtlety the first had (who can forget the awfully gratuitous shots of Megan Fox’s hypnotizing rear?).

Thankfully, In Dark of the Moon, there is a more of a plot than Revenge of the Fallen. We learn that the space race in the 60s was motivated by alien technology discovered on the moon. The movie tells us that the technology allows transportation across galaxies of objects of huge masses, including planets. In Dark of the Moon, the evil Decepticons attempt to use the technology to teleport their war torn planet Cybertron next to Earth, so that they can use human slaves to rebuild it. One wonders if the writers considered that a planet ten times the size of Earth, would have too huge a gravitational pull to be able to sit in orbit?

To keep everyone interested, there are human characters as well. Sam Witwicky (Shia LaBeouf) is back, and struggling to find a job, despite having saved humanity twice. Nonsensically, the movie has us believe that he can’t find work, but the writers are less concerned with logic, and more with the average male audience member identifying with the movie’s lead.

He has a hot new girl in Carly (Rosie Huntington-Whiteley), who plays the clichéd girlfriend in distress role. Other familiar faces also return, though the actors seem tired in their roles. New characters include Sam’s new boss Bruce Brazos, given an eccentric edge by the brilliant John Malkovich. Others include government official Mearing (Frances McDormand), and Carly’s billionaire boss (Patrick Dempsey).

These human characters are given more screen time than the transformers, because Michael Bay’s only interest in the robots is playing with them on screen. Aside from transformers Optimus Prime (Peter Cullen), and Sentinel Prime (Leonard Nimoy), Michael Bay shows absolutely no interest in developing the characters of movie’s CGI stars. Even the character, Bumblebee, who was essentially the star of the first film, has little tangible presence here.

But, the largest example of Michael Bay’s indifference to the bots is when a certain main Autobot character is killed off nonchalantly during the first half of the film, with absolutely no acknowledgement or regret expressed by any of the Autobots, despite having had significant presence in the first two films. It leaves the audience wondering why they should care about the movie’s characters, when the director himself clearly does not.

Dark of the Moon also suffers from some poor editing. At times the narrative lacks coherence, with scenes jumping from one plot point to the next, with little transition, other than bits of dull and obligatory pieces of exposition, explaining the scenes to follow.

What Bay is good at is explosive action. The last sixty minutes of Dark of the Moon are essentially the last fifteen minutes of the first film on steroids, and quite entertaining. Some of the one-on-one combat sequences are especially enjoyable, and the action set pieces overall are simply awesome. The CGI is also phenomenal, with all the transformers looking and moving realistically.

The movie was designed with 3D in mind from the ground up, which I enjoyed at the Cineplex at Clifton, Karachi. While I personally dislike the effect in most films, I have to admit that it was especially well done in Dark of the Moon, and certainly the best I’ve experienced since Avatar.

In the end though, Dark of the Moon is like going on a date with that hot girlfriend who bores you to death; you feel you can’t quite blame yourself for agreeing to a third date and putting up with her nonsense, even though you probably should have known better.