We, the 99% non-VIP population, are important too 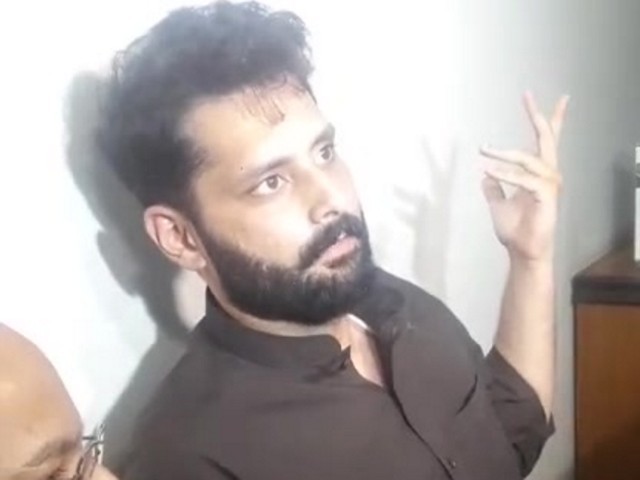 Jibran Nasir was reportedly told that he’s fortunate that he was only slapped, not shot. PHOTO: SCREENSHOT

You can tell that he’s very important because he has a nice car that travels at disruptively high speed among a convoy of other large vehicles. It’s very important for us, the ordinary people, to acknowledge that the SHC Judge is an important man who makes important decisions for this country; for which we should all be grateful.

My reaction to the menacing approach of a security protocol is the same as countless of my docile countrymen. We sigh, and give way to the baraat (crowd) of armed men as a gesture of reverence that should only be reserved for ambulances and fire brigades. This is Pakistan, we remind ourselves. To drive in Pakistan, is to endure the flashing lights, loud sirens, and abusive security personnel.

This is our punishment for not being important!

I am not an important man. I’m just a doctor. My medical decisions can afford to wait indefinitely in traffic, whenever a politician, general or judge chooses to grace my usual route with his presence. Quite often, the protocols even have the chutzpah of displaying their party flags and organisation logos, so the public knows exactly who to thank.

But what if you’re feeling particularly thankful? What if you have business to attend to? Schools and colleges to get to? Hospitals to visit? Deadlines to worry about? What if you’re simply having a terrible day and don’t quite feel like accommodating the whims of an over speeding Very Important Person (VIP) using the road as his private runway?

You may end up being beaten up on the street and getting arrested, like Mohammad Jibran Nasir.

Those who assaulted and arrested Jibran did not know his credentials. They did not know that he is a distinguished candidate with an impressive political record and robust social media presence. The Judge and his security team reportedly began to back-peddle as soon as they discovered the identity of the person they had abused.

I was brought to the PS with orders "High Court Judge nay kaha hai isay thanay main band karo". After media came I became from "Abey Oye" to "Jibran sb". Only after media came I was allowed to go. But I want to know my crime. Why was I beaten up and brought here. #Aik #AamAdmi https://t.co/9yJRmWjhy3

The implication here is that it would’ve been perfectly acceptable for the VIPs to brutalise an ordinary citizen, like you and me.

How many Pakistanis have been beaten up in broad daylight by VIP forces, without a camera pointed at them?

I don’t believe I have the courage to count.

So police let @MJibranNasir go 'when his identity was confirmed' as 'THE JIBRAN NASIR' !! Imagine the scenario if it was the ordinary jibran nasir , a nobody. https://t.co/KbYZ5gkNqu

Jibran was reportedly told that he’s fortunate that he was only slapped, not shot. Imagine living in a country where you’re expected to pay thanks for not being murdered by a VIP’s security team in broad daylight, on your way to the yogurt store – no trial necessary. The fact that these very own VIPs are entrusted with the noble task of establishing law and order, ought to frighten the eyebrows off a citizen’s face.

The Judge is a very important person. But we are important too!

Governors and ministers, generals and judges, don’t build a nation. It is built by engineers juggling multiple projects of public significance. It is put together by manual labourers en route to the construction site. It is a system kept intact by the diligence of nurses and lawyers, paramedics and paralegals, you and I.

VIPs may struggle to convince you otherwise, but this country’s economy is run by its 99% non-VIP population.

The protocol culture also speaks volumes about what our oligarchic overlords mean when they use the word ‘security’. That security is never for the masses. A VIP protocol hurtling hazardously along the expressway, interrupting regular traffic, its personnel using the chambers of their guns to signal other drivers to stay away, openly assaulting citizens who disobey – doesn’t seem very “secure” to me.

That “security” is exclusively the security of the institutions of power. It’s for the security of those who would sooner run over a not-so-important nine-year-old child in Lalamusa, than risk a threat to the ruling 1%.

We are important too. We don’t usually put our importance on public exhibition by inconveniencing people around us. We do not resort to dramatic displays of power.

But we are important too. And we deserve respect!