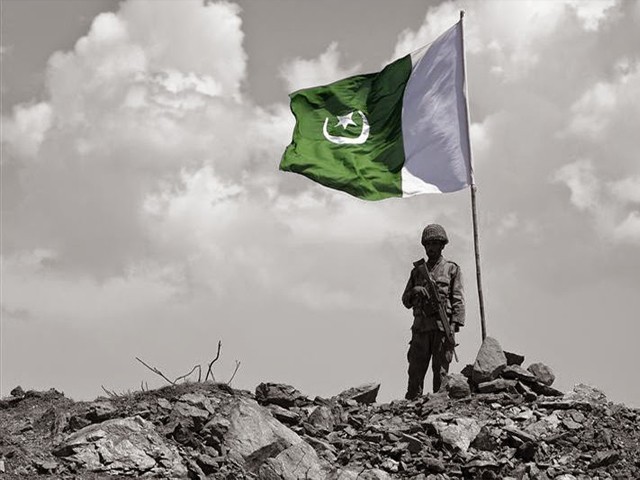 Kamran had come mentally prepared, yet he was unable to accept the torture he was experiencing. PHOTO: REUTERS

The heavy breathing, bewildered expressions, and tears welling from the eyes of the three people surrounding Kamran saddened him. He didn’t know what to say, how to respond, what reasons to give. After all, he was clueless himself.

The silence was silently injuring everyone’s hearts from within. This silence had to be broken, and thus Kamran spoke in the most wavering voice.

“Why won’t any of you say anything?  Isn’t it enough for you all that I’m finally here?”

No one knew how to answer. Finally, after a long pause, Ammi spoke in an almost inaudible voice.

“Yes beta. Of course, we’re very happy to see you! We couldn’t have even imagined…”

Ammi burst into tears – she couldn’t hold them back any longer. Abba tried to quieten her down, for he could see small droplets of tears quivering at the corner of Kamran’s eyes. After all, he could definitely not bear to see his mother cry so badly at the sight of him.

Kamran was now drowning in the sea of guilt and depression. Although the lustrous sunlight coming in through the open windows enlightened the house, Kamran felt as if he was trapped in a caliginous and gloomy atmosphere. The tears that had unsteadily remained at the corner of his eyes finally began to trickle down.

Amina, Kamran’s beloved wife, couldn’t see her husband cry, so she sat next to him and tried to console him.

“Don’t worry, Kamran. Everything’s going to be fine. Just give Ammi and Abbu some time to accept this.”

But Kamran could sense the uncertainty in her voice. He was not only hurt but also astonished at the agony he felt, even though he had known beforehand what was going to happen. He had come mentally prepared, yet he was unable to accept the torture he was experiencing. Unable to bear the fears bouncing back and forth in his restless mind, Kamran spoke up.

“I’m sorry Ammi, Abbu and Amina. I really am. I didn’t want any of this to happen. I know I’ve disappointed all of you, and I also know I’m useless to you all now.”

Kamran could no longer say anything – this was all he had. He could do nothing but to express his utmost regret for what happened.

Abbu had been the most calm and composed, until Kamran spoke, after which tiny droplets of water could be seen sparkling on his dark cheeks. Kamran felt all the more dejected, for he had never seen Abbu so weak before.

However, Abbu had always been very close to him, and didn’t want him to feel like his family has turned their backs on him. After drying his tears with a tissue, Abbu replied in a firm and steady voice,

“Kamran, son, we have always been and will always be proud of you. You have fought against the enemies of this country fearlessly and dauntlessly. How, then, did you think that your disability could ever lessen our love and affection for you?

Remember, son, a man’s worth lies not in what he has lost, but in what he has achieved and how he has served humanity. The world will remember you for your sacrifice. You may have lost your arm in the battlefield, but you have exchanged it with respect, honour and dignity. You are still the same Kamran to us.”

Abbu’s words relaxed Kamran, but he could still feel a stream of tears rolling down his cheeks. The suddenly, Ammi stood up and ran forward to hug her beloved son. With his mother’s loving embrace finally surrounding him, Kamran felt his restlessness gradually fade away. Ammi then kissed him on his forehead, smiled and said,

“I was crying because I was both sad and happy. Sad, because I couldn’t bear to see my son suffer such intense pain; and happy, because my son is still alive while many others have gotten killed!”

He realised that day what family really means – it loves you regardless of who you are, and unconditionally supports you through all your hardships and adversities.

The author is currently an FSc student at Bahria College. She is an enthusiastic reader and the Editor of her college's official magazine. She has also won English essay writing competitions, both within and outside of college.