The Turkish Republic, as we know it, is dead 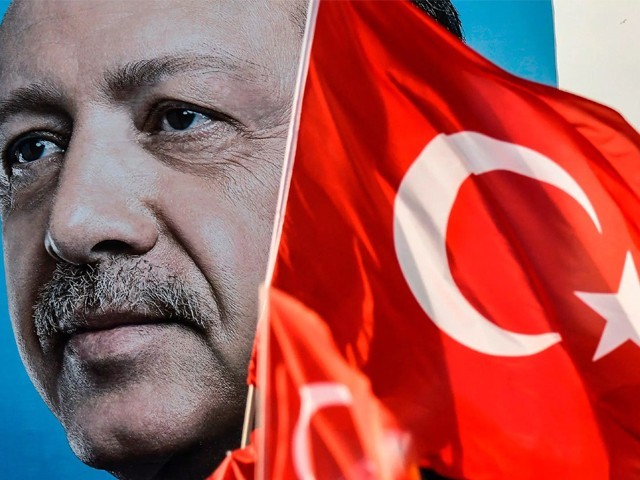 In perhaps the most important election of the past two decades, Turkey has given its verdict, electing Recep Tayyip Erdoğan as the president and also giving his party, Justice and Development Party (AKP), who fought the elections in coalition with Nationalist Movement Party (MHP), a majority in the Parliament.

President Erdogan called an early election because he was expecting to win at this time, and therefore, wanted to use the opportunity to consolidate his presidency, which after last year’s referendum had become an extremely powerful post. Just to reiterate that presidency after the referendum is no longer a ceremonial post but gives the sitting president immense powers, which are coming into effect after the elections. The referendum changed the Turkish political regime from parliamentary to presidential and allocated Erdogan the official power to appoint ministers, issue decrees, dissolve Parliament and make judiciary appointments.

Despite the fact that last year’s referendum was riddled with controversies ­– it took place during the emergency rule and a widespread crackdown on state institutions and media by Erdogan – and was declared problematic by international monitors, Erdogan and his ruling party emerged victorious. And now these snap elections, again held during emergency, have ensured that his new stint begins with expanded powers.

So, what does it mean for Turkey’s own political future, and for the rest of the world? After all, let’s not forget that from a global and regional perspective also, Turkey is an extremely important country.

First, domestic implication is that now the system is firmly presidential with more authority vested in the executive. The opposition had claimed that in case of their win, they would revoke the changes after the referendum. With their defeat, it seems obvious that the changes would become permanent. Presidential systems differ from parliamentary systems in a number of ways. In parliamentary systems, executive and legislation are both housed in the Parliament.

In theory, this results in quicker decision-making and better accountability as well. Former because there are less veto points and the latter because the prime minister has to enjoy confidence of majority all the time as he can be removed through vote of “no confidence” on any given day. When the system changes into presidential, normally another veto point is added because legislation proposed by the legislature has to be often (in most such systems) approved by the president.

Secondly, in the presidential system, the president is elected directly by the people and therefore in theory very difficult to remove, except through impeachment, which often requires more than a simple majority. In theory, it makes a president somewhat immune to parliamentary oversight as he can continue even if the majority of the legislature is against him.

For all practical purposes, Turkey is now an authoritarian regime though by apparently “democratic” means. Instead of a constrained authority, now it will have almost absolute authority vested in a single individual. However, for Erdogan supporters, this form of authoritarianism is perhaps preferable to the secular authoritarianism of the past, which had targeted the more religious segment of the society.

Second, the biggest change is going to be in the secular character of the Turkish constitution and also on what is known as Kemalism. Turkey is one of the few overtly secular Muslim-majority countries, a status that is under serious threat now. It should be remembered that secularism in Turkey had been an elite consensus and, in the past, armed forces used to act as a guardian.

However, since 2002, armed forces gradually started to lose their influence and after the failed coup have become almost insignificant. Erdogan’s party is an Islamist party, which started in 2002, as supposedly a moderately “conservative” party but as its hold on power strengthened, gradually it started to infuse more religion into the polity, while apparently maintaining the secular character of the constitution.

Now with increased and unfettered powers, Islamisation of the society is expected to go into full throttle and Turkey may effectively see the end of secularism. With the passage of time, official changes in the constitution to change its secular character, cannot be ruled out. The country is also likely to abandon so-called Kemalism (in many ways it is doing so) and in the process become a different country altogether. One salient characteristic of Kemalism was its negation of the Ottoman Empire, and it stressed on building a different kind of Turkish nationalism, which was not based on pan Islamism and was compatible with the West.

With Erdogan firmly in power, the Kemalist ideals, which have for the large part of history guided Turkish nationalism as well its foreign relations, are most likely to be permanently replaced by Erdogan’s vision or Erdoganism which is purported to be much more orthodox, populist and rooted in veneration of the Ottoman empire.

Besides the already discussed domestic implications, this will also have consequences for Turkey’s relations with the West. Increasingly, Turkish relations with North Atlantic Treaty Organisation (NATO) and members of European Union are likely to get strained. Instead, it will try to increase its influence in the Middle East, North Africa in particular and the Muslim world in general. Nostalgia about the glory of the Ottoman Empire is going to be one of the most prominent lenses through which the country will try to view and then formulate its role in the world.

Turkey’s transformation from a secular republic into an authoritarian quasi-religious regime within a period of 15 years is astounding. It raises questions about the compatibility of secularism in a society, which is not secularised. Perhaps where Turkey went wrong was the way it imposed secularism – it was imposed forcefully – alienating many religious-minded people in the society.

This transformation is perhaps the result of the religious backlash emanating from years of marginalisation. There are important lessons to be learned here. I am foremost a fierce secular and yet I also think that secularism should not be imposed in an illiberal way. If we enforce secularism in an illiberal manner, the result will be an Islamist backlash and counter-intended transformation of the society.

If Mustafa Kemal Ataturk were alive, he would not be able to recognise the country he founded after the collapse of the Ottoman Empire. Turkey has changed completely, and unfortunately, this transformation is not going to bode well for the future of individual liberties in the society.

The Turkish Republic, which the world used to know, is dead.