The desi manic pixie: The totka for our men’s failures 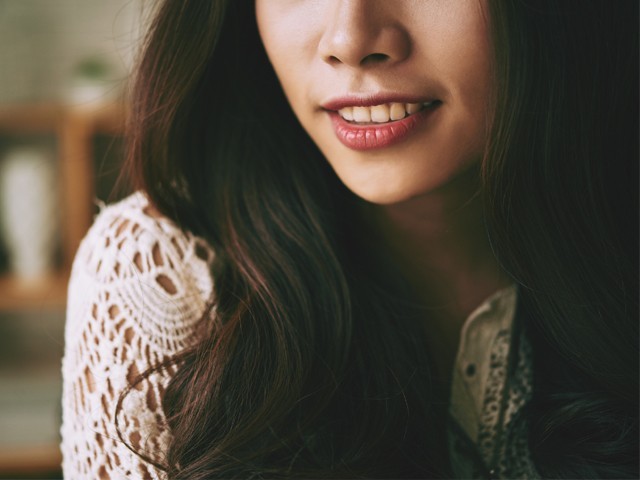 Our men love her. Even some of our women love her. After all, she’s such an ego-booster for our men-folk. PHOTO: DEPOSIT PHOTOS

While watching an episode of a popular drama ‘Gumrah’ with my mom, I realised our playwriters have created their own desi manic pixie dream girl. And even though I am not a regular drama viewer, I have watched this stereotype illustrated in one way or another in most drama serials (the recent one’s being ‘Gumrah’ and ‘Phir Wohi Mohabbat’) to consider this a problem.

Boy, does the public love her! She’s the fodder for more than half of the plays running on our channels. She lives in the fanciful imagination of young and old men (old more so) and sadly, the audience gobbles that trash up like dessert. Smart, educated, young women watch her and think she’s the ideal woman. And when these women watch theses manic pixie girls end up in their happily-ever-afters’ in play after play, that’s the women they then subconsciously aspire to become.

The term ‘manic pixie’ was coined by film critic Nathan Rabin in 2007 and has since then gained much currency, thanks to the brazen prevalence of this stereotype in literature, music, movies and the media in general. Though some movies like The Eternal Sunshine of the Spotless Mind did (somewhat) try to question the stereotype, the manic pixie dream girl has had a constant presence in popular culture. Movies like 500 Days of Summer have depicted the stereotype and authors like John Green have portrayed the manic pixie multiple times (both of Green’s lead female characters Margo and Alaska illustrated the classic manic pixie dream girl depictions).

Re-watched ETERNAL SUNSHINE; realized it rejects notion of manic pixie dream girl even before @nathanrabin could coin it.

So who is this manic pixie dream girl? Who created her?

For the most part, she is a creation of desperate authors who cannot help but borrow the stereotype to support their fledgling plotlines. She is born due to the writers’ lack of original thought or their general proclivity towards relegating female characters solely as props for the pleasure, growth, support or happiness of the protagonist (who is a male, of course). The problem with the manic pixie is that this character is written from the male perspective, which usually conveniently divests female characters of any depth.

I'd pay any price to see a movie where a man leaves a manic pixie dream girl for an emotionally supportive adult woman with a good haircut.

The typical manic pixie dream girl has one purpose in life: to help the protagonist find himself, his purpose, his dreams or his goals. She has no opinion of her own and no goals of her own in life. Rabin himself defined her as:

“That bubbly, shallow cinematic creature that exists solely in the fevered imaginations of sensitive writer-directors to teach broodingly soulful young men to embrace life and its infinite mysteries and adventures.”

And so here goes the standard plotline. The protagonist is a serious and boring yet hardworking person – always minding his own business and leading a driven but lacklustre life. Out of the blue, this extremely beautiful (obviously), quirky, high-on-life creature enters his life. Drops coffee over him/bumps in him on an elevator, “accidentally” leaves her wallet in his office – imagine any situation from dozens of similar clichéd encounters we’re all so tired of.

She turns his life into this wonderful, colourful adventure where rainbows sprout out of everywhere, where his life makes sense and where he finally unveils the secrets of the universe. He is officially complete. And then pumped by the magic of it all, he achieves everything he has ever wanted: gets employee of the month, starts his own company, invents that new machine, achieves whatever had him stuck before he found “the one”, gets a degree from Harvard, wins the Nobel prize or goes to Mars – with his ever cheerful manic pixie jumping and clapping at the sidelines. Midway through such a plotline, I have usually killed both the hero and the girl in my mind over and over again.

So why should this bother us?

Because God gave us brains. Yes, us women too. And because this stereotype is degrading. It perpetuates the idea that women have to be those beautiful, bubbly and almost petty sidekicks of their men to fit the idea of womanhood that our society idolises. It states that our smart, serious, business-minded, career-focused, goal-oriented guys need a distraction after a tiring day of work and hence, the docile and shallow version of women is what our popular culture celebrates.

While being cheerful and supportive are no doubt great qualities, it is unfair that one gender is assigned only these as solely its defining qualities. For a change, we need plotlines where the woman drives the plot. Where what she wants or thinks or believes is also worth writing about, where she is smart and determined and hardworking and where she has goals that she achieves rather than just helping the hero save the day. While such plotlines do exist, they are not as prevalent or celebrated as the ones where the women merely support the heroes do the ‘big stuff’. And sadly, we all watch those with great interest.

Now the desi manic pixie dream girl is a sight to behold. She is two steps ahead of her western counterparts. She is also the dutiful bahu (daughter-in-law) that the mother-in-law brings home to fix her angry son. She’s the desi totka for all the desi problems. She is the Nutella jar that makes everything alright. She is the antidote to every dilemma. In fact, she’s every mother’s fall back plan.

Gives balloons to kids
Too naive for an adult
Laughs+cries excessively
Snuggles with street cat/dog
Has no job (or not a hard job)
Will dance anywhere
"HAINNN"/"AIWAEIN"
Desi AF
Gets angry but only over cute stuff, nothing critical god forbid

The son is dejected after failure? Oh, bring in the bahu.

The son is a crazy drug addict, bring in the bahu (she’s the desi rehabilitation centre).

The son is dying, bring in the bahu.

She is the fix-it that works faster than those five-minute Buzzfeed hacks. Oh and she has no life of her own. Wearing that laal jora (red bridal dress) and entering the grand big house of her sartaj (sovereign) is enough fulfilment and these are the only details the audience needs about her anyway.

For her, making a quirky comment that makes her husband laugh is enough achievement. The glass of milk that she gives her husband every morning completes her. More than half her camera shots take place in front of the dressing table (piled with cosmetics), with her fixing her lipstick while watching her hubby do ‘important’ stuff (reading newspaper or make business calls) or standing at the kitchen counter cutting bhindi (lady fingers).

That, my ladies, is the happily-ever-after our TV dramas portray for us. Sorry, no accolades for us. No goals for us. We should be happy the guy’s mom liked us in the first place (God forbid if she did not, for that would mean life has ended for all of us).

In movies: a Manic Pixie Dream Girl is a cute, quirky woman who “fixes” the male lead.

In life: a Manic Pixie Dream Guy is a whimsical narcissist who makes you feel like you’re lucky he decided to pay attention to you.

The good news is that there are actually plays that portray women as strong and independent beings who can stand their ground, with the recent dramas like Zan Mureed, Khamoshi and Ustani Ji depicting just that. The bad news is the manic pixie is not going anywhere anytime soon. Our men love her. Even some of our women love her. After all, she’s such an ego-booster for our men-folk.

What we can do though, right now, is to roll our eyes and change the channel when we see the stereotype being depicted. And to the guys: the manic pixie does not exist in real life, so stop expecting your wives to mutate into one. We have the same problems as you have, we have similar dreams, we also have our own goals in life and are definitely not your ticket to a more fulfilled life. We need to figure out our own lives – you go figure yours.

The author is an Engineering graduate from NUST and a freelance writer. She blogs at kashmalatahseen.wordpress.com and tweets at @kashmalatk (twitter.com/kashmalatk)