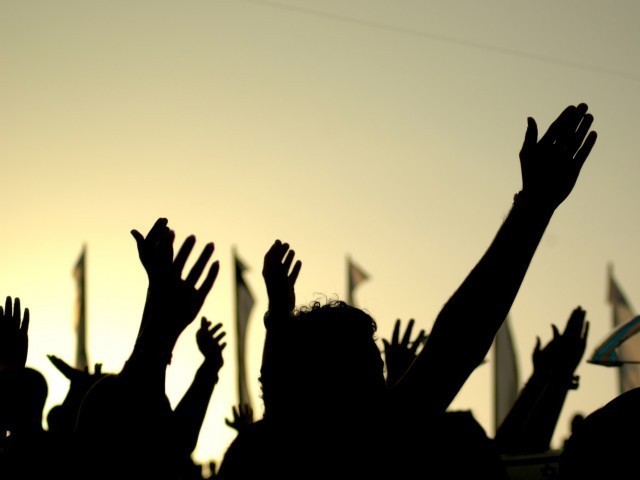 The Baloch youth feel a disconnect with their counterparts in other provinces due to stark differences in education.

The youth – the future leaders of this country – continue to bear the major brunt of the simmering conflict in Balochistan.

Unemployment stands at an all time high. Educational institutions in Balochistan are either mostly closed or only partially functional – either because of threats from Baloch militants or sporadic military sweeps through the areas, or strikes, called to protest for victims of target-killings.

Education at large has suffered due to frequent strikes. In 2010, more than 100 working days were lost due to the breakdown of law and order or because of political action, mostly by Baloch nationalist parties.

In the long run, the closure or frequent interruptions, is nothing less than an intellectual disaster in the making. An additional debilitating factor is the gradual but systematic elimination of the intelligentsia – professors, doctors, technocrats – largely Punjabi or Urdu-speaking settlers, or Shia Muslims.

The youth sees little prospects for future, and often talks of the disconnect that currently exists between the Baloch and the rest of the country.

Cumulatively, the dysfunctional educational institutions and the loss of intelligentsia, regardless of what cast or creed or ethnicity they belong to, is the real attrition that the Baloch society is undergoing right now. People who, for generations, have been in the forefront of educating future generations, are now in the line of fire. As a consequence, the Baloch youth is the biggest loser.

Most Baloch people look at the Chief Minister House, the Governor House and the Serena Hotel as symbols of an indifferent but affluent and mighty Islamabad – the capital is viewed as the perpetrator of an oppressive ruling elite, represented by an omnipresent Frontier Corps (FC). Most of the non-governmental organisations (NGOs) and foreigners are usually restricted to the hotels or the Cantonment area, and thus unable to gauge the situation on ground.

At a recent seminar in Islamabad, a social activist, born in Quetta, shared her experiences. Dr  Irum recalled how many of her colleagues and participants of consultations asked her:

“Oh, you managed to study in Quetta?”

“Many would ask me about the reasons for the intellectual backwardness and economic deprivation in Balochistan.”

Zahid Khan, a student from the Balochistan University, narrated similar experiences with Pakistani citizens from other regions:

“At times, people look at us as strange creatures from a different planet. Most people complain the Baloch are ignorant about the conditions of Balochistan.”

They experience the disconnect when they visit Islamabad and Lahore where, according to many Baloch youngsters, people are surprised to learn that they can speak English as well. These youngsters are also hurt to see the sea-difference of education standards of Balochistan and Islamabad.

Most of the youth find little empathy among their interlocutors in Islamabad or other major power centres. There is little appreciation for Baloch dissatisfaction with Islamabad’s ruling elite, and their displeasure with the military establishment, which is seen as the major source of instability in Balochistan.

Some of the points of the Aghaz-e-Huqooq Balochistan Package also relate to the youth and their concerns. The package promises more than 10,000 new jobs to the Baloch youth.

A few thousand jobs, we understand, have already been created and some are in the process. An official associated with the implementation process told a seminar on June 30 that more than 5,000 federal government vacancies had already been filled up, while the provincial government is in the process of hiring for another 6,000 jobs. If this hiring targets young educated Baloch, it can certainly help rub off some of the resentment that is currently running very high in the Baloch regions of Balochistan.

Ayatullah Durrani, a Pakistan Peoples Party (PPP) member from Balochistan, also made some logical suggestions during the policy dialogue held jointly by ACTIONAID and the Centre for Research and Security Studies.

Durrani agreed with most of the Baloch complaints but asked aloud whether the Jamalis, Jogezais,  Achakzais, Raisanis, Bugtis or Rinds etcetera, ever dared setting up a single educational institution instead of competing in the latest brands of cars from Japan.

He conceded shortcomings in the implementation of the Rights’ package but underscored unity and sincerity among the leading politicians as a pre-requisite for clearing the backlog of over six decades.

If implemented swiftly and sincerely, the Rights’ package could likely serve as a glimmer of hope for the disenchanted Balochi youth.