Why our mosque culture needs to change: An open letter to Masjid Aunties 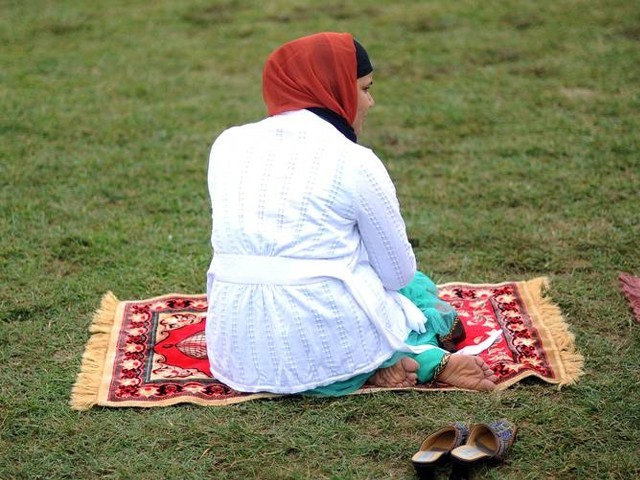 A Muslim woman takes part in a special morning prayer to start Eid-al-Fitr festival, marking the end of their holy fasting month of Ramadan, at a mosque in Silver Spring, Maryland, on August 19, 2012. PHOTO: AFP

It’s common for you to undermine people who don’t meet your religious standards, especially in a place of worship. Converts get pulled out of prayer by the arm for not praying with an abaya. Women are publicly shamed and bashed for not wearing the hijab correctly. If someone doesn’t regularly go to the mosque, they’re looked down upon. It’s sad, but it’s a rampant issue in the women’s section of the masjid (mosque).

Informing someone about something advised against is fine, but please, do so respectfully. Women at the mosque judge and gossip amongst themselves. This mentality can be intimidating and discourage Muslims from wanting to engage with their religious community. Imagine being the reason that someone doesn’t regularly attend the mosque for fear of being mocked and ostracised.

Furthermore, please be mindful of your actions toward Muslims who are outside of your clique and race. Community is such a crucial part of Islam. And older generations, such as your own, who think that it’s okay to impose your own beliefs on other Muslims, are creating a division. Also, stop thinking someone can’t suggest ideas for improvement for the benefit of the community just because they’re not a part of the mosque’s committee board.

The social hierarchy within the mosque is a twisted form of culture. Just because you regularly go to the mosque doesn’t mean you should get special treatment. Coming in late and moving people to get a spot at the front of the women’s section is inconsiderate.

Inform one another of your religious standpoints and seek to educate one another. Don’t vilify those you don’t agree with by expressing your views in a derogatory manner. Whether or not someone is a pious person is not defined purely by how often they go to a place of worship. It’s not possible for one person to understand another person’s relationship with God. You don’t know anyone else’s intentions, whether they get up for Fajr every morning, or ask for forgiveness every night in the comfort of their home. Ask yourselves if you’re following Islam when you ridicule other Muslims for not practicing the “correct way”.

Muslims don’t all worship in the same manner. You are not God, so stop acting like you are by measuring how religious another Muslim is based on your own analysis. I understand you are trying to quiet people down so others can worship in silence, but screaming at people to do zikr (recite) and pray instead of socialising is not your job. Whether or not Muslims come to the mosque to worship or catch up with a neighbour is between them and God. It’s not for you to judge.

Instead, be the welcoming force at the masjid. Make Muslims feel embraced. Be the reason converts actively seek out somewhere to have iftar during Ramazan and people to celebrate with on Eid. When addressing the women’s section, stop speaking in Urdu because not everyone will be able to understand it. Stop assuming someone who isn’t Middle Eastern or South Asian, must be a convert. Communicate with and include Muslims from all walks of life. Make them feel welcome in Pakistani and Arab communities.

Lastly, to those who see someone being mistreated at the mosque, step in and politely call them out. Even if it means calling out your relatives and elders, do so courteously.

According to the Pew Research Centre, 100,000 people convert to Islam annually, but roughly the same number of people leave the religion too. Don’t be the reason someone has to think twice about Islam because they’re practicing “incorrectly” according to your standards. You need to rethink your societal stereotypes and strive to make everyone feel at ease, starting at the mosque.

Amina Khan is from Dallas and hopes to pursue an established career in Journalism. As a side hobby, Amina commissions Arabic calligraphy pieces and oil paintings. She also has an obsession with Marvel, sushi, and baby goats.