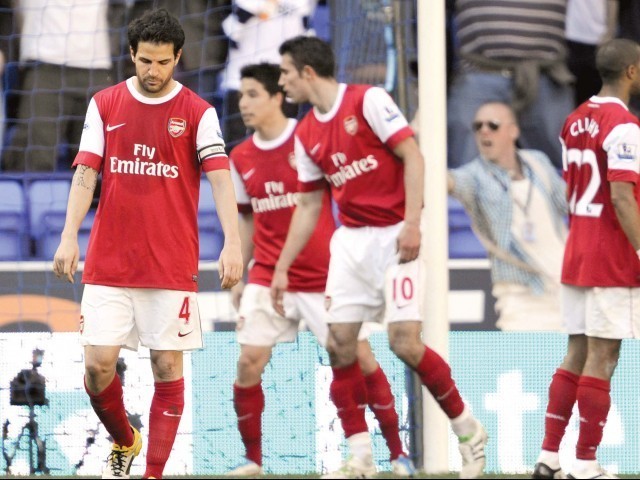 Wisdom teeth are a tiresome process. They take long painful months to grow out and more often than not, end up having to be removed, leaving throbbing empty spaces behind. Anyone who has gone through the experience will know how every Arsenal Football Club supporter across the globe is feeling right now.

The transfer period is never a happy time for the Gunners. Years of watching boss Arsene Wenger’s shopping methods and they have learnt – like beggars at a bakery window – to suppress their desires. That one centreback or that one finisher that will get the job done is forbidden fruit. All the while, rival clubs circle like vultures ready to dive in on their carefully honed talent.

This year, the summer window has been nothing short of torture. The headlines began screaming ‘The Great Arsenal Exodus‘ before the club’s sixth season without silverware even ended. The dam finally burst on Monday, the endless floods of Manchester City’s funds sweeping away Arsenal’s first-team fullback, Gael Clichy.

The ever-optimistic will pick at the speedy little Frenchman’s habit of making a season-destroying error at least once a year. They will sing praises at young Kieran Gibbs, so far the automatic replacement. They will suppress dark thoughts of how Clichy’s departure is just the first to come, of how – once again – an injury prone teenager will be left to fill a man’s spot, and of how, the last of the Invincibles* is gone.

In these troubled times, the Arsenal faithful would do well to recall the humble beginnings of the Last Invincible. A slight, 19-year-old boy, sliding quietly into position as Ashley Cole – widely considered the best left back in England – crossed London to Chelsea in a haze of bitterness and, of course, money. Picked by Wenger at 16 as an unknown with an exotic name from Cannes, he quickly developed into a reliable presence. Winged feet, endless stamina and a thirst to press forward – perfect Arsenal material.

There is nothing anyone can say to cheer the sullen, toothless supporters out there. With the impeding loss of midfielders Samir Nasri and Francesc Fabregas, arguing Wenger’s sanity or credit balance feels pointless. They are tired, six years worth of tired, and do not want to nurture more sore, deserting teeth.

Only by looking back will they remember that one tooth must  give another space to grow.

*The 2003-04 Arsenal team who won the Premier League title without losing a single game, the unbeaten streak continued for 49 games.

A sub-editor for the Karachi pages of The Express Tribune.