Can Reham Khan’s book kill Imran Khan’s dream to be a leader? 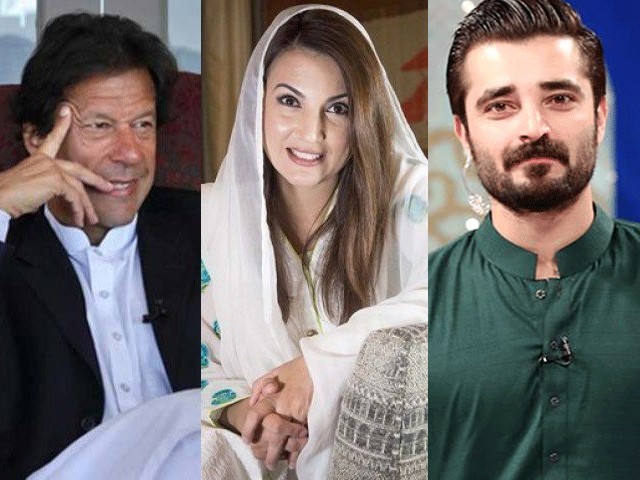 Reham was not completely successful in her mission to destroy Imran’s character in the aftermath of the epic public spectacle her divorce became.

The misguided attempt by Reham Khan to sully Imran Khan’s reputation by way of her autobiographical tell-all book, has caused a sensation on both social and broadcast media. After all, an exposé by a woman scorned has a clear objective – to target and destroy the former husband.

However, from whatever I have seen, heard and read so far, the message in the book consistently detracts from that narrative. It seems like a collaborative endeavour from a group of incompetent ghost – read ghastly – writers, given a project to lump together a disparate group of people and events and build a narrative that attempts to point a finger at the supposed misdeeds of many and puts the responsibility on one: Imran.

Reham was not completely successful in her mission to destroy Imran’s character in the aftermath of the epic public spectacle her divorce became. With this book, she has only accomplished to cast a deep and troubling shadow on her own, by attacking many unrelated parties who end up becoming collateral damage in the war between two former spouses.

Let’s spare a thought for the one real victim of this train-wreck – Wasim Akram’s former wife, who passed away in 2009 and is thus incapable of defending herself from the grave. I will not even dignify the nature of the allegations made by Reham in the book, but I will say shame on all those who played even the smallest role in this enterprise.

Surely the question to be asked is: who hoped to benefit most from this macabre and twisted tale? Those convicted of graft, self-dealing, cronyism, nepotism and running the country into the ground for 30 years, who have failed to address the public scrutiny of their countless misadventures and performance while in public office.

The book is possibly a Trojan horse to deflect attention from their failures and other core issues in the country. It seems no one is talking about the real challenges Pakistan is facing: health, education, jobs, safe drinking water, power outages; all of which are missing from election manifestos. This unholy mess of a book is not only crass, cringe worthy, malicious and toxic, but also a blunt instrument of distraction.

Where Imran is concerned, there are no new earth-shattering revelations here; just the same old wine packaged in a new bottle. In fact, Reham will only succeed in causing some serious collateral damage and could herself implode into ignominy during the process. The affair is now a cheapened soap opera, as players from all sides keep pitching in with opinions no one asked for.

From stage left appears Hamza Ali Abbasi, no stranger to controversy in his own right and a well-known Pakistan Tehreek-e-Insaf (PTI) loyalist and unofficial mouthpiece, who speaks faster than he can perhaps process.

Had a very unfortunate experience of reading a manuscript of Reham Khans book. Here is the summary: IK is the most evil man to walk the face of this planet. Reham is the most pious righteous (Tahajjud guzaar) woman ever and Shehbaz Sharif is an amazing guy! #RehamOnPMLNAgenda

Hamza needs to grow up and learn to serve his leader better than he has during this fiasco. Watching him on a recent talk show – the rhetoric, the emotion, the conjecture on display – made me cringe my way through the show, as I waited for someone to knock some sense, decency, decorum, sanity and even a little bit of fact into the mix.

Hamza Abbasi claims he has read manuscript when it's not been published? Only possible through fraud or theft.

Hamza has been emailing me threats since August 2017.
Bullies trying to silence me

Hamza believes the book has only been written to distract and deflect from real issues during the election; the irony is lost on him that he has successfully managed to launch the book better than any PR expert could’ve dreamed of. Reham now has a platform from which the book launch can actually be something the public may eagerly devour.

Oh and a big thank you for the free publicity. I decided I didn't need to pay for PR after all. 🤗

Why pay for netflix when i can watch the Reham Khan and Hamza Ali Abbasi beef on twitter?🤩🤩🤩

And what about the accusations and threats around the alleged hacking and sharing of Reham’s “fake” emails by Hamza? There is yet another lesson for Mr Abbasi here. Being a public figure himself, he should have known shaming Reham would be a double-edged sword. While attacking her book, he managed to get into the spotlight himself and shoot himself in the foot in the process. Although hacking or faking emails is not rocket science, both are illegal. On the flip side, Hamza may have received the manuscript legitimately. Reham had possibly already sent the manuscript through her Gmail account to some friendly journalists to build early buzz on the book. Any one of them could have passed it on to Hamza.

Only one email by one PTI member.
Bully me more I will publish all one by one! pic.twitter.com/E5Y5b5yPzU

Last time it had RehamKham in her email address. Glad you fixed the typo. Still made up. Shame on you.

So, here’s my take on what may have actually happened!

The PTI had been expecting the book to drop sometime before the elections. They had Hamza proactively looking to get a manuscript to start discrediting it. The book probably landed into his inbox by hook or by crook – through a journalist friend or via a hack, either is a possibility. The shock value in the manuscript forced PTI’s hand to go public, without authenticating the manuscript and shedding caution to the wind. Tactically, they believed they could take the hits now, months before the election, and deal with it head on. Desperate times, desperate measures.

@iamhamzaabbasi first you made a mistake, now you make more mistakes. Give up.

These exhanges are classic washing of dirty laundry — a lot of free publicity for Reham’s upcoming book. But email hacking? Thats a grave crime with international implications. Political gameshow is trumping everything in the country. pic.twitter.com/gxAGKYmz5X

On the hack question, Hamza’s defence is weak, as it does not seem to be out of the question. He then possibly doubled down by publishing allegedly fake emails from Reham – easy to do but hard to prove. Accusations have been made by both sides, but sadly, the ensuing Twitter spat was so undignified it actually bordered on inane. I can’t say who won, but it was a close tie in the banality stakes.

If you have anything…

Oh and I'm sorry I did not cast you as the hero in Janaan. You're not NA49 material either. https://t.co/CheqhdFbES

However, are we all barking up the wrong tree? Hack or not, the fact is the manuscript has leaked and the question that arises is: will it damage Imran’s fourth and possibly final attempt to be elected premier of Pakistan?

Imran came into politics with enough “playboy” baggage 20 years ago to sustain any meaningful impact from this book. The public accepted him for what he was then and who he is now. He has always remained mum about his alleged relationships, in matrimony or otherwise. He has remained particularly silent on his divorce from Reham, and has never publicly castigated her with accusations, slurs or blame for the split. This behaviour redeems Imran and his legacy to some extent, for no matter what Reham has thrown at him, now and in the past, he has chosen to remain silent and dignified.

In reality though, the book may not be Imran’s biggest problem in the upcoming elections. His recent missteps, from welcoming Farooq Bandial into the PTI amongst many others like Aamir Liaquat, as well as putting more than one name forward for the interim chief ministers of Punjab and Khyber-Pakhtunkhwa (K-P), only to pivot and withdraw the names in quick succession, are potentially bigger threats to his election prospects than this exposé. Imran’s lieutenants have done a bigger disservice to him with haphazard and shoddy due diligence on candidates put forward for these critical appointments. Luckily for PTI, the quick reversals of the aforementioned blunders might have mitigated some of the damage.

Imran needs a more disciplined kitchen cabinet and needs to be more hands-on in strategic decision-making. The voting public expects a lot more from him, especially as he’s selling himself as an agent for change. The rhetoric on the jalsa circuits alone is not enough to give the intelligent voter the confidence that steady hands will be running the ship while Pakistan finds itself in choppy waters and a perfect storm lies in wait.

Should the book ever make it to the printing press, despite all the writs and threats of litigation, here’s a sobering message for those who choose to buy and read it for a cheap thrills – I’ll guarantee cheap, minus the thrills!

A literary giant Reham is not, but what may fail her would not be the lack of a lucid narrative in her book, but the malicious intent with which she wrote it; one that could misfire spectacularly and not succeed in disrupting Imran’s political juggernaut, even though the book’s many stakeholders are hoping for the reverse. In the meantime, Imran may well be the last man standing on Election Day, but there is a woman scorned who may just succeed in bringing him down.

The author is based in London and is a President and a founder of NetSol Technologies Inc. He is interested in writing about society and social issues pertaining to Muslim children and the minorities. He tweets as @NAEEMGHAURI

Ode to the Muslims of Burma