For these 10 players, the 2018 FIFA World Cup could be their last shot at redemption 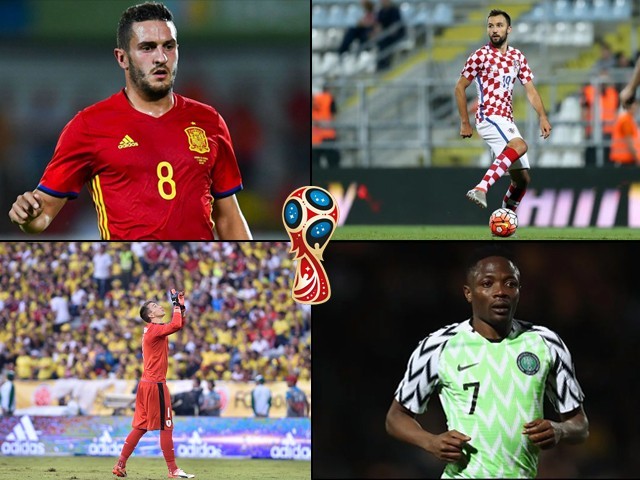 Things can go either way and players can find their careers sinking, if they exhibit poor performance in this tournament.

The World Cup is a showcase for everyone and anyone but for some players, it is more about one last shot at salvaging their careers than aiming for the World Cup glory. But then again, things can go either way and players can find their careers sinking, if they exhibit poor performance in this tournament.

In this list, let’s look at 10 players for whom this World Cup could be the last opportunity to prove themselves:

Pace merchant, Musa, was once regarded as one of the best African forwards, and a move to the then-Premier League Champions Leicester City in 2016 seemed to cement that. However, after managing only five goals in 33 games in 18 months, he returned on loan to old club, CSKA Moscow. 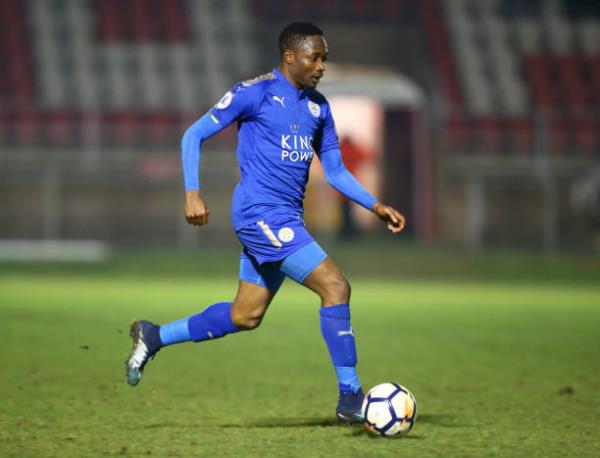 A return to Russia was exactly what the doctor ordered as he has hit form just at the right time (and at the right venues!). He managed nine goals in 23 games for CSKA in six months. Nigeria need him to be firing on all cylinders to have any chance of getting past Argentina, Iceland and Croatia in what is being dubbed this year’s group of death. 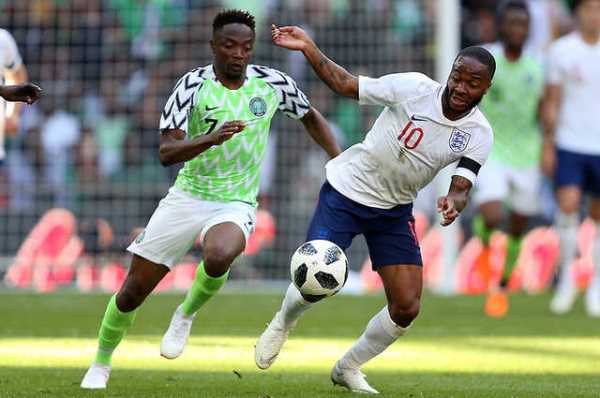 Ahmed Musa of Nigeria and Raheem Sterling of England during the International Friendly between England and Nigeria at Wembley Stadium on June 2, 2018 in London, England. Photo: Getty

Once touted as the next great number 11 of Manchester United, Januzaj turned out to be nothing more than a one-season wonder. His best came under David Moyes’ cursed nine-months reign as Manchester United boss before floundering under Louis Van Gaal and getting shipped out to Real Sociedad. The young Belgian has failed to replicate the form that made Manchester United hand him the iconic number 11 shirt. 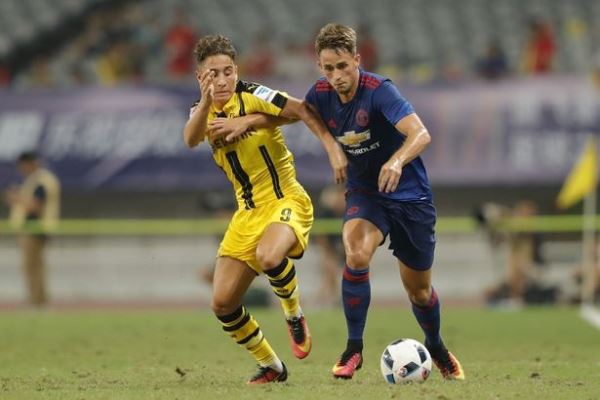 Four years on, he has enjoyed another good season just before the World Cup, at the best time possible, making it onto the plane to Russia. Still only 23, Januzaj has time on his side and if he can build on his encouraging performances for Sociedad, he could attract the attention of bigger clubs after this summer. 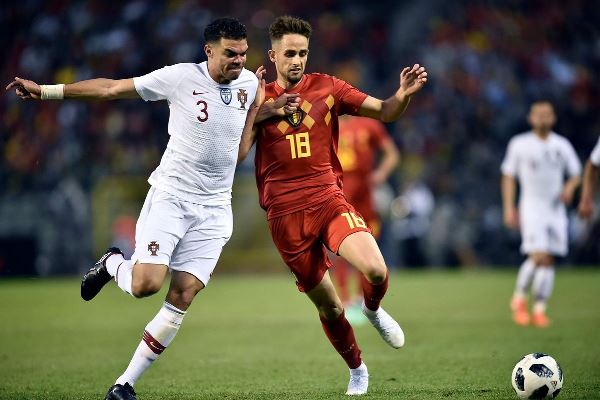 Portugal’s defender Pepe (L) vies with Belgium’s midfielder Adnan Januzaj during the friendly football match between Belgium and Portugal, on June 2, 2018 at the King Baudouin stadium in Brussels. Photo: AFP

Diminutive Russian playmaker, Dzagoev, was once called the Russian Lionel Messi. However, the 27-year-old failed to live up to the hype throughout his career, now at CSKA Moscow for 10 years. Injuries haven’t helped his development, though he has shown flashes of brilliance at CSKA. An experienced Russian international, with 57 caps and nine goals, he has the ability to unlock any defence, while toying with the opposition defenders at his best.

He has made 331 appearances, scoring 74 goals and assisting 88 times for CSKA, a record which would be the envy of many. There could still be time for Dzagoev to seal one big move and enter the spotlight though – a lot like how another Russian did, moving to Arsenal after a successful Euro 2008. 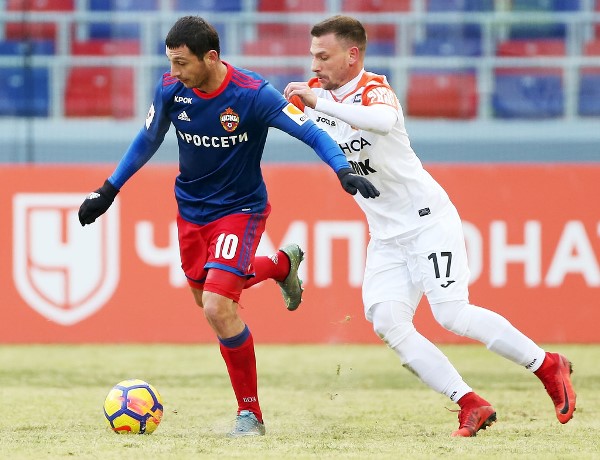 Uruguay’s number one has for many years been considered one of the best goalkeepers outside of the top European leagues, keeping goal for Turkish giants Galatsaray for the past seven years. He was linked with a move abroad on many occasions but chose to stay at the Istanbul club. However, his stock has never been at a lower point with many claiming that, at 31, he is past his best.

An experienced international as well, capped 97 times by his country, he has also made almost 400 senior club appearances. An inspired performance in Russia could help his chances of a career revival and possibly one final move to a bigger European club. 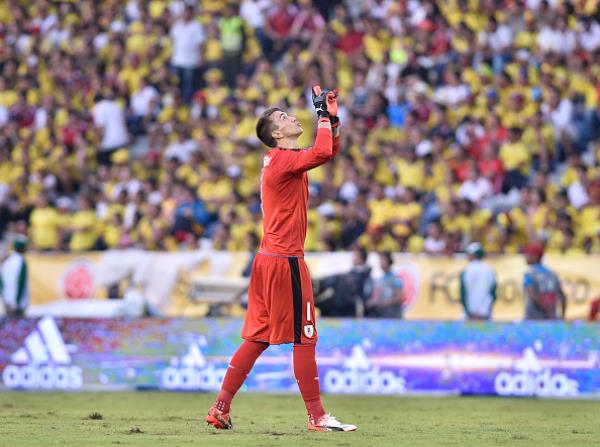 Fernando Muslera goalkeeper of Uruguay celebrates after his teammate Luis Suarez (not in frame) scored the second goal of his team during a match between Colombia and Uruguay as part of FIFA 2018 World Cup Qualifiers at Metropolitano Stadium on October 11, 2016 in Barranquilla, Colombia. Photo: Getty

French-born left-back Guerreiro was said to be a great gain for Portugal, when he opted to play for the Iberians. He was part of the European Championship winning squad of 2016 and joined Borussia Dortmund at the same time. However, injuries have severely dented the progress of the 24-year-old, restricting him to only six starts and nine league appearances in total this past season.

On his day, he is a major attacking threat for any team, as shown by his first season in Germany when he managed seven goals and nine assists in 35 overall appearances. A fully-fit Guerreiro will be a major asset for the Portuguese team and for Dortmund next season. 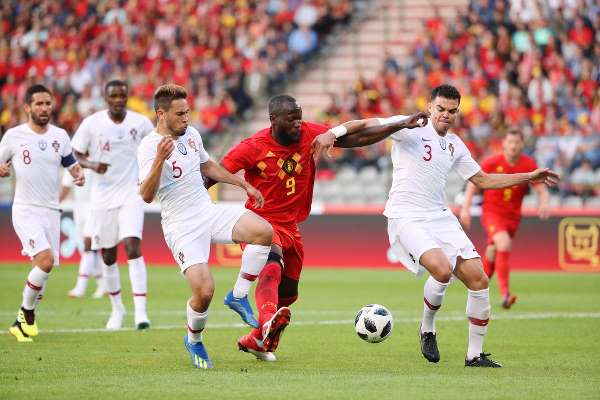 Raphael GUERREIRO, Romelu LUKAKU and PEPE pictured in action during a friendly game between Belgium and Portugal, as part of preparations for the 2018 FIFA World Cup in Russia, on June 2, 2018 in Brussels, Belgium. Photo: Isosport

Bursting onto the scene right before the 2014 World Cup, big things were expected of Sporting Lisbon’s midfield linchpin, Carvalho. Part of the 2014 World Cup team, the whole team underwhelmed as they crashed out in the group stages. Two years on, he was a vital part as Portugal won the Euros in France, playing the whole 120 minutes of the final.

The now 26-year-old was expected to move on to a bigger club but he stayed on and now captains Sporting Lisbon. His stock was never higher after the 2016 Euros. A good showing at the World Cup could reignite interest in the talented Angolan-born Portuguese star, and lead him to fulfil his potential at another European club. 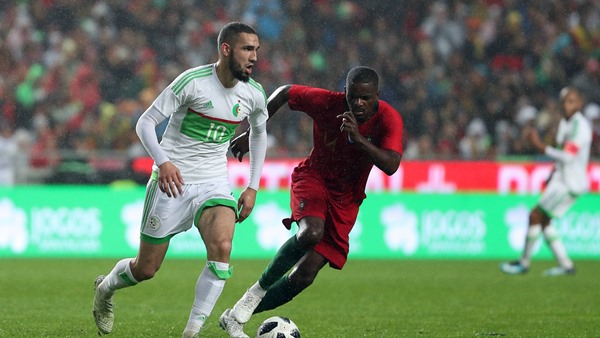 At 29, Croatian midfielder Badelj has just left Fiorentina on a free transfer. Badelj was touted as one of the best young prospects in the world when he moved to Hamburg in 2012, but he failed to live up to the potential he undoubtedly possesses.

As a free agent, it might be in his best interest not to conclude any deals until after the World Cup is over. A strong showing as part of an impressive looking Croatian side could result in interest from major clubs. 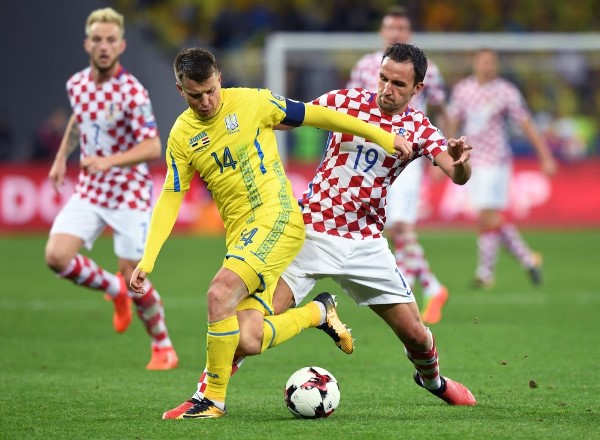 Hopes were high for Belhanda when he helped Montpellier to their first, and as of yet only, French Ligue 1 title back in 2011/12. However, things haven’t exactly gone according to plan for the Moroccan playmaker since then. The mercurial Moroccan is now aged 28 and plies his trade at Galatasaray. This could be his last chance of earning a big move to one of Europe’s elite.

The last two seasons of his career have been the best since his Montpellier days – helping Nice into the Champions League in 2017 before winning the Turkish Super Lig with Galatasaray this past season. Morocco needs him to be at his best if they hope to qualify out of a group that includes Spain and Portugal. 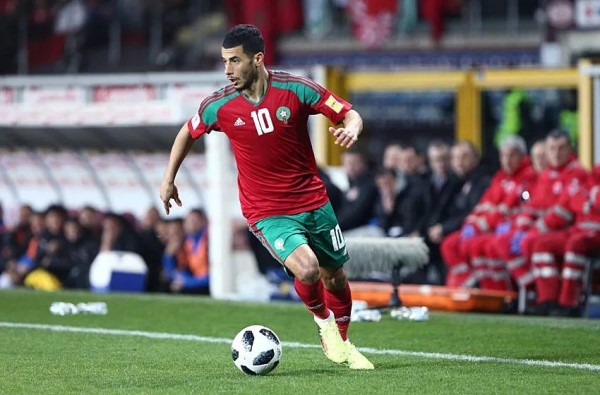 Younes Belhanda of Morocco in action during the international friendly match between Serbia and Morocco. Morocco wins 2-1 over Serbia. Photo: Getty

Injuries and poor form restricted Rojo to only nine league appearances for Manchester United this past season. However, the 28-year-old has been a mainstay in the Argentinean line-up for years. Capable of playing at both centre-back and left-back, Rojo has been at Old Trafford for four years. Having only made 68 Premier League appearances in four years at United, he has failed to stand out in an average defence.

Should Jose Mourinho deem him surplus to requirements, being a part of Argentina’s defence could be the opportunity Rojo needs to impress other clubs and seal a move elsewhere if his time at Old Trafford is indeed up. 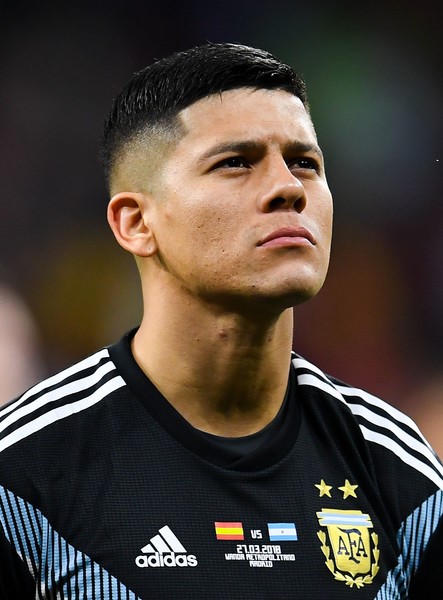 Marcos Rojo of Argentina looks on prior to the International Friendly match between Spain and Argentina at Wanda Metropolitano Stadium on March 27, 2018 in Madrid, Spain. Photo: Getty

1. Koke (Spain)
Atletico Madrid’s runs to the Champions League finals of 2014 and 2016 saw a team effort with Koke in hot form, chipping in with seven goals and 18 assists in 2013/14 and 17 in 2016. However, his form dipped in the past two seasons, managing only 11 goals and 17 assists in 105 overall appearances. To return to their jaw-dropping tactical best that we saw during 2013-16, Atletico needs all of their main men to fire.

If Koke can find the form that made him one of the most coveted midfielders in all of Europe a few years ago, Spain will have a wildcard on their hands. The World Cup would also be a good time for him to break his duck for Spain, having not scored in 40 appearances for La Roja so far. 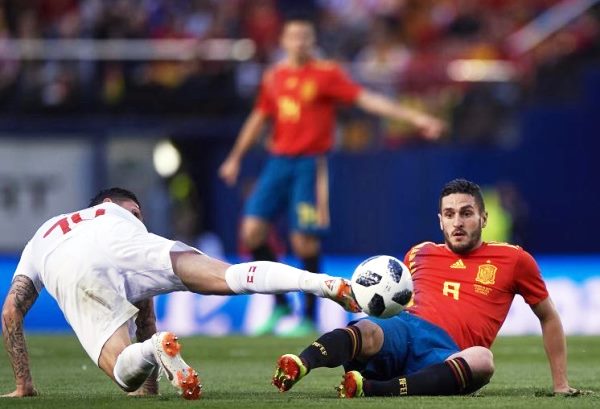 Koke (R) of Spain competes for the ball with Steven Zuber of Switzerland during the International Friendly match between Spain and Switzerland at Estadio de la Ceramica on June 3, 2018 in Villareal, Spain. Photo: Getty

The World Cup is said to have made and broken careers. Do any of these players have more than just a shot at redemption possible? It is the biggest and most unpredictable of the football tournaments. Not to mention, this chance to prove yourself only comes every four years. There is no room for mistakes anymore, if these players want to be one of the gems the World Cup reinvents.

The author is an aspiring journalist and linguist. He is a football, wrestling and world history enthusiast. He speaks Urdu, English, Turkish and Spanish. He tweets @AhmedShah94 (twitter.com/AhmedShah94)

“You know it’s fake, right?” – professional wrestling and the respect it deserves