Procreation as a form of oppression: Why I don’t want to have any children 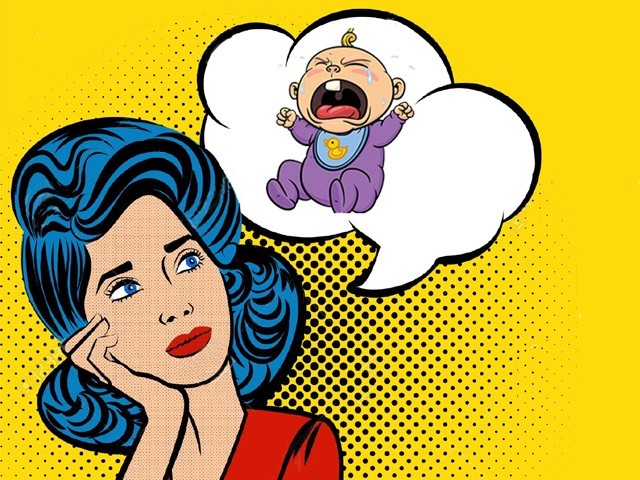 Women are rejected, divorced and demeaned even when despite the desire to bear children they cannot do so due to medical reasons. PHOTO: PINTERST

I have always been repelled by the idea of having kids of my own. It has always felt like too much responsibility for a non-committal person like myself. However, many of my friends seem puzzled by this decision of mine.

“But you treat children as a therapist, and you’re quite good with them! What’s the problem then?” they ask.

But does someone have to hate children in order to not want to give birth to them? You can be exceptionally good with kids and still not want any of your own.

However, it’s always hard not to notice the look on people’s faces when you talk about not wanting children, ever. Even if you are as privileged as I am, you’ll still have to face your fair share of shame and abomination. You’ll come across a few who will completely ignore what you said and will bombard you with ideas of a miserable and lonely old age. Those who’d like to think of themselves as progressive (pseudo), would suggest adoption with a diabetic quality of optimism. They will also have plethora of horrific facts to haunt you about your biological clock.

“Freeze your eggs!” as once suggested to me by the more pseudo-progressive lot of women in the family.

“I have frozen yogurt?” I replied awkwardly, not knowing at the time that freezing my own eggs meant putting procreation on hold.

And then there are those, mostly in the family, who openly shame you for this ‘ungrateful’ decision. You’ll be considered ‘that’ girl at every family occasion, and all possible unsolicited advice will be aligned in your direction.

I am not immune to social scrutiny and judgment regarding the choice I have made, and am aware of the pressures my not-so-privileged friends have had to go through, that are far more serious. I have friends who could no longer continue their dream jobs because they had to get pregnant within few months of their marriage as per the demand of their in-laws, mothers or husbands. They were not ready to be mothers, and they certainly did not want to start a family so abruptly, and yet they had little choice in the matter of their own body.

Women have to go through incredible trouble for protection from pregnancies forced upon them by their in-laws or spouses. As someone working in a medical set-up, I frequently get asked about a trustworthy and open-minded gynaecologist who could help my married friends and acquaintances regarding the secret termination of non-consented pregnancies.

A woman should not need anybody’s judgment or consent regarding the decisions she makes about her own body. But in a patriarchal set-up like ours, a woman’s identity is closely tied with her relationships and the social roles assigned to her. A woman is not considered ‘complete’ unless she becomes a mother. According to oppressive standards, her self-worth should solely be derived from whether or not she can bear children.

All this starts on a subliminal and subconscious level at a very young age. I remember once getting into an argument with a salesman of a toy shop as I roamed around clueless, trying to get a birthday present for a friend’s baby girl. I particularly told the salesperson to show me something more animated, since the girl was into aggressive toys that helped her release energy. But the salesperson paid no heed to my description and popped up with dozens of clichéd toys as soon as he heard ‘baby girl’. A kitchen set, doll house and laundry set were his first choices. I politely smiled and repeated my demand, only for him to show up with a doll based on a famous cartoon character.

“Not this”, I refused politely.

I had no other way but to get into an argument with him when he showed up yet again with an infant baby doll and a miniature cot, as a final attempt to impress me. But have we ever seen any toy enforcing fatherhood upon young boys?

Since childhood, women are programmed in a way that an inability to bear a child seems like the most threatening event for us. Psychologically, this is such a devastating and shattering experience for a woman that many seek counselling and therapy to overcome it and return to normal life.

Most of these consequences are a product of the patriarchal standards of procreation that are imposed upon women. The sole responsibility for having or not having a baby belongs to the woman. If you’re married, nobody would ask your husband to go through fertility tests; he wouldn’t have to doubt himself as not being normal while sitting alone amidst the cold walls of a fertility clinic. You’d be forced to think about your normal body processes as not so normal. A number of women go through the tireless process of fertility treatment without even realising that infertility is a matter concerning both spouses. If in a regressive household a man is asked for fertility testing and treatment, it becomes a battle for ego.

I remember one particular incident narrated to me by my house help. It was a common practice in her village for husbands to take multiple wives if the first one couldn’t bear a child. One influential man of her village had three wives and was on way to his fourth because all of them couldn’t bear a child. Every woman in the village wondered why he would never go to a fertility clinic to get himself checked, but he remained sure that nothing could be ever wrong with him and all the fault lied in the three women he married.

This practice is not just limited to rural areas, and is very much a part of our urban life as well. Most women are reduced to nothing but means for advancing the lineage. Life becomes incredibly depressing in the absence of social support for women who can’t bear a child due to medical reasons. The regressive attachment of lineage prevents many men from adopting children, just because they would never be their ‘own blood’. The practice is heartbreaking for many women who are childless but want to adopt. Here too the decision is made by the patriarch of the house.

Our sexist insistence on procreation is nothing but a form of oppression, because most of the women have to fight and bear incredible frustration if they choose not to have a child. Women are rejected, divorced and demeaned even when despite the desire to bear children they cannot do so due to medical reasons. Whether a woman does not want children, or when she wants them, or even the number she wants, none of it is left up to her. More often than not, women end up having more children then they’d have wanted. The oppression is so prevalent that women go through life threatening pregnancies, and despite advice from professionals, end up getting forcefully pregnant again too soon, risking their lives yet again.

The choice to have or not have any children is a matter of consent. If a woman is deprived of this and is forced into getting pregnant, it is indeed an oppression of her rights. So, as friends, relatives, or spouses, can we take a moment to be more empathetic and let women decide what they want to do with their own bodies? At the end of the day, procreation and motherhood is a matter of choice, and one should be respected regardless of the choice they make.