Blake Lively, infidelities, mysteries: Is ‘A Simple Favour’ the ‘Gone Girl’ of 2018?

Based on Darcey Bell’s debut novel of the same name, both Bell and Feig utilised the anecdotal narration method to tell the chronicle through three main characters: Stephanie Ward, Emily Nelson and Sean Townsend.

The teaser and the trailer both received positive response from movie buffs. The spectators are rather thrilled as the film promises just what they want to watch – an ideal combination of mystery, romance, music, and of course, the thrill!

The first thing that would jog audience’s memory in the one minute and 30 seconds trailer is the aide-mémoire of Serena van der Woodsen from the famous series Gossip Girl. Here, Blake Lively once again plays the role of a stylish and elegant lady Emily who has all the oomph and charisma to beguile anyone. 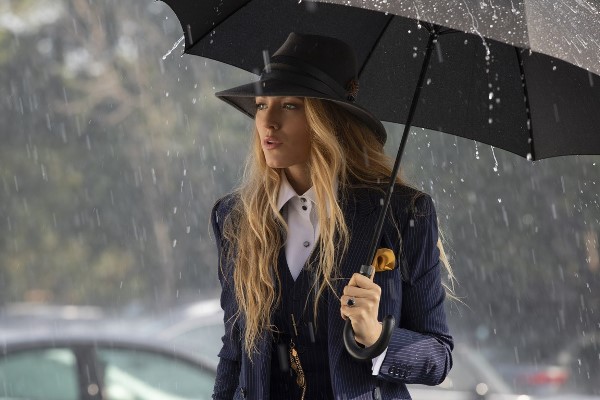 While Emily looks as the centre of attraction, Anna Kendrick emerges as Stephanie who is Emily’s friend, a mother and a blogger. Stephanie is whole-heartedly smitten with her friend whom she calls a wonderful person. She loves to stroll around her voguish wardrobe full of chic dresses, classy jewellery pieces and high-heels.

Everything turns upside down when Emily calls Stephanie and asks for a simple favour – to pick up her son from school. At this moment, the trailer suddenly takes a spin and all the sophisticated and nice-looking metaphors are altered with quick descriptions of a gun, crime squad, police vehicles, a car crash, and finally the horrific revelation that Emily is not there. In the midst of all this, Stephanie utters,

“Everybody has a dark side… some of us are better at hiding it than others.”

The later part of the trailer tells the spectators about Emily’s husband, played by Henry Golding, as well as confirms that his wife has disappeared. Stephanie’s narration further confirms it when she utters,

To solve this mystery, Stephanie begins a deep line of exploration to find her friend’s secrets in order to unmask the truth.

The trailer doesn’t spoil anything; in fact, it gives us quick glimpses of Emily and Stephanie’s life, as well as some thrilling visuals.

The first vibe you get from the trailer is that ‘here is another Gone Girl story’. However, A Simple Favour is not only about a missing wife but a close rapport of two friends, one of whom is vanished, while the other one is trying hard to reveal the truth behind the disappearance. This notion keeps it far away from Gone Girl’s stimulating mystery.

To promote her upcoming film, the Age Of Adaline (2015) diva played unique games with her 21.8 million Instagram admirers. First, she played an online guessing game ‘hangman’ with her followers. Afterwards, as a publicity stunt, she deleted all photos and unfollowed everyone, including her husband Ryan Reynolds. As a last clue, she started following only those people who have “Emily Nelson” as their name.

All in all, the storyline of A Simple Favour looks very interesting, particularly if you haven’t read the novel, since that way the movie will keep you guessing. It seems that this noir thriller is a captivating suspenseful story stuffed with plot twists and infidelities, mysteries and upsets, love and faithfulness. Finally a killing that leads to revenge. The moviegoers who love to watch thrillers and mystery, this film is a must watch for them – and surely they can’t wait.