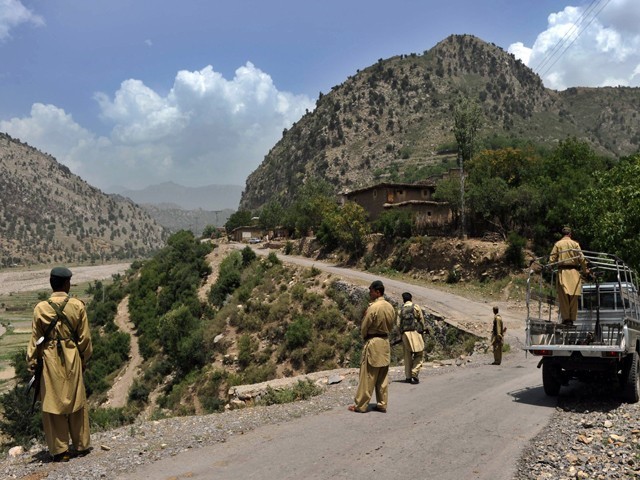 On a beautiful overcast evening, while I was travelling from Islamabad to the historic city of Taxila I began to reminisce about my childhood in Parachinar in the 1990s – a place where fairies came down from heaven , a valley of tall, lush trees filled with sweet smelling flowers and delicious fruit.

Children sang songs of liberty without knowing that this vale of roses would be stained with the blood of their neighbours and we would be receiving mutilated bodies of our beloveds.  Who knew that the ferocious Taliban would attack us from all sides just because we wouldn’t agree with their ideology of killing innocent people and setting their homes on fire.

I grew up in the 1990s when Parachinar was an earthly paradise. Though sectarian clashes did occur occasionally, the curse of suicide bombings and merciless slaughtering of humans had not spread.

Only small guns were used when Shia-Sunni clashes did take place but never had it occurred to us that our minor tiffs would be exploited by vested interests and our valley would become a picture of ruin and devastation.

Ours was an innocent age.

As students of a government school, we had to wear grey militia shalwar-kameez as uniforms and a black cap with a triangular red spot on its front.

We had no knowledge about the world beyond our valley and no clue that other parts of the country were very different from ours.

We were not aware then that we did not come under the law and constitution of Pakistan and that we were not being facilitated like other children from the rest of the country. We never realized that only we wore rubber shoes and cheap militia fabric school uniform. We did not know that being children of FATA we were perhaps the only ones to sit on mats (taats) made out of jute in our schools.

We sat in dim light in which we could hardly read our books. Telephone and other ‘modern’ facilities were totally unknown. Only a few families owned a television and we eagerly visited their homes, not to watch programmes but just to see what a TV looked like.

What is most astonishing is that at nightfall we thought the whole world was deprived of light but now I know that we, the children of the Federally Administered Tribal Areas (Fata), were the only ones living in the stone ages.

The only source of light for studying late at night were domestic lamps called diya, made out of empty syrup bottles containing furnace oil and lighted by a cotton thread dipped in it.

The smoke from these lamps would turn our cheeks black and our nostrils would fill with carbon. Those were the days when we rote-learned our lessons. I can still recall from memory the many stories I learnt by heart, among them, “Ali Baba and Forty Thieves” and “The Lazy Boy”.

Right after school with books in hands our normal routine was to take sheep and cows to nearby hills for grazing in the meadows and riding donkeys.

Many times, we fractured our arms from donkey racing.

Leaving the cattle grazing freely in the meadows, we would form groups and go on a fruit stealing spree to different orchards or pick corn cobs (sittas) from nearby fields. We would bring loads of apricots, plums, cherries, nuts and other fruits of the season to the meadows and savour our booty seated near rippling streams.

If we saw the village elders or the farmers watching us steal fruits, we ran as fast as our legs could carry us, fearing that we were being followed which almost never happened.

Life was easy and simple then. We had few expectations and high ambitions.

Our schools were well-disciplined though lacking facilities, with hardworking teachers though less educated and less trained.

As we did not have sweepers in our school, we took turns in groups of three to clean the classroom. The group whose responsibility it was, had to come early to school, sweep the floor and dust whatever little furniture there was.

It was in the 1990s when Benazir Bhutto, the then Prime Minister of Pakistan, visited Parachinar. She opened the first degree college for women now named Benazir Shaheed Degree College, launched a re-broadcasting TV station so we could be informed about the rest of the world, laid the foundation for an airport and paved roads to facilitate communication. It was first time in the history of the valley that women there were being empowered through education. The opening of Degree College later proved a milestone in educating the girls of the area.

Today, though we have entered the 21st century, life in Parachinar is worse than before and despite availability of modern amenities, there is no peace.

Even today the children are tending sheep, goats and cows after school or watering their fields. Even today they study without electricity under improvised lamps the only difference being that most of the school buildings are now lying in ruins thanks to the terrorists.

Even today the children of Parachinar do not know that the world around them is different from theirs where there is light, where children sit at desks in schools and are not subject to corporal punishment.

They bow their heads at the word “Pakistan” when it appears in the morning assembly’s anthem but are deprived of their basic rights and facilities.

Even today they are second class citizens and do not come under the Constitution of Pakistan. Even today, an ordinary officer of grade 18 called Political Agent can imprison a tribesman without any investigation and prosecution for 16 years, is a demigod of the area.

Under the black law FCR (Frontier Crimes Regulations) enacted with the help of turn-coat elders of the area, the political agent of an agency can set the property of any tribesman on fire, can destroy his home and business.

Parachinar was once a heaven on earth but it is now burning in the hell of terrorism where children have stopped singing songs of peace and liberty and the people fear for their lives.

A citizen of what he considers the most ingnored area of the country, the tribal areas and an expert on Fata

The economic road to peace

Unite from Parachinar to Karachi