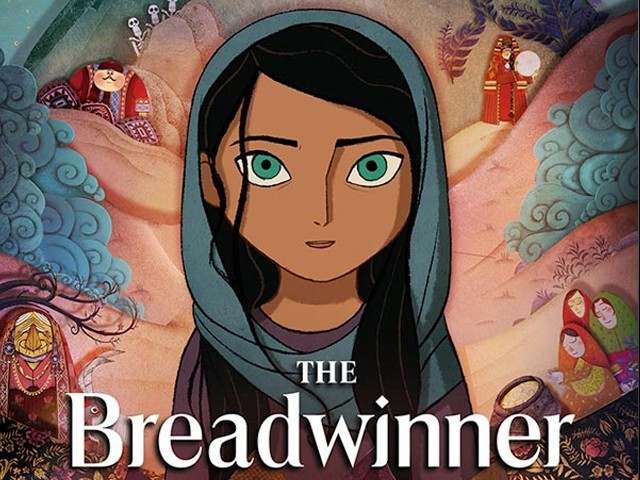 The film successfully captures a moment in time for Afghanistan, albeit a time marred by struggle and war. PHOTO: IMDB

The women and children of Afghanistan have perhaps paid the price of war most heavily. The ongoing conflict leaves nearly half of the children in Afghanistan out of school, while 87% of women in Afghanistan experience physical, sexual or psychological violence during their lifetime.

It is against this backdrop of war and devastation that we find the heartfelt film, The Breadwinner. Based on the book of the same name by Deborah Ellis and produced by Angelina Jolie, the film follows the story of 11-year-old Parvana (Saara Chaudry), who navigates her life disguised as a boy, and attempts to survive under the regime of the Taliban.

Parvana is a strong-minded young girl who grows up listening to her father’s stories.  Her father is reported to the authorities for possessing forbidden books and teaching his daughters, and is hence taken to the Gul-e-Parchi prison. 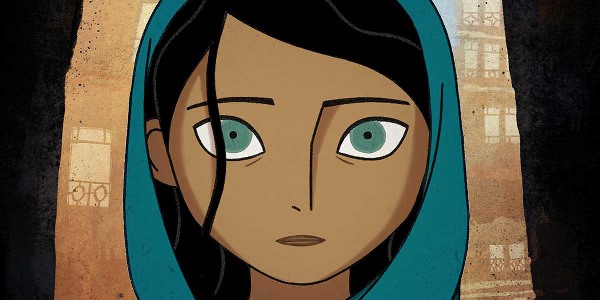 Following her father’s imprisonment, and with the only other male in the house being her infant brother, Parvana cuts her hair and dresses as a boy to enter public life as the sole breadwinner for her family. She chooses the masculine name ‘Aatish’, which means fire, selling homemade items and offering to read and write in exchange for money. The film follows her journey in disguise, and the perpetual danger she is faced with as she tries to find her father.

The film begins with Parvana’s father telling a story of Afghanistan’s 2000-year-old history, the countless rulers and invasions it encountered – the Persians, Macedonians, Genghis Khan, the Soviets and more.

The film’s ability to capture an intimate family story against such an enormous backdrop of history and war makes the film all the more beautiful, and is also the reason why it will move even the hardest of souls.

We have all seen the iconic images of the blue burqa Afghan women don, but seldom are the lives of those women, and especially girls, depicted in the way we see in The Breadwinner. The fact that this is an animated movie, voiced by talented and authentic actors, makes it a truly transformative experience for the viewer.

Parvana is agitated at the beginning of the film, and like so many other girls coming-of-age, she asks,

“What’s the point of stories?”

The drastic change her life takes after her father is taken away answers this question in a way that is both steady and meaningful. Her mother, a notably sad woman, hums a beautiful tune as she prepares a traditional Afghan dinner and counsels her daughter,

“Don’t grow up too fast my daughter… it might not be what you expect.”

Shauzia, Parvana’s friend who has adopted the male name “Delawar”, has a contagious tenacity for life, despite being taken out of school and forced to work for her family’s survival. Each of the girls and women carry painful stories of their own; some are explained in the film, while others are merely hinted at. Nonetheless, like their country, these women refuse to give up and choose to survive.

In addition to the strong characters and plot are the beautiful shots of Afghanistan seen throughout the film – something not always achievable in animation. We see Afghanistan’s minarets, mountains, and the birds that have graced its poetry and stories for centuries now, providing a great reminder of its beauty, and that this land tucked between the Hindu Kush is something more than just a battlefield.

In many ways, The Breadwinner is an ode to storytelling itself, as one of the most powerful lines of the film reminds us,

“Stories remain in our hearts, even when all else is gone.”

Indeed the tribute to stories is befitting for the nation that produced some of the greatest poets and storytellers of all time, including the great Mawlana Rumi.

The most poignant part of the film is when Razzaq, a tall, bearded man, comes to Parvana’s stall and asks her to read a letter. She reads the letter informing him of the death of his wife,

“She died on the way to her sister’s wedding, after their car hit a mine.”

Razzaq lets out a sob, stumbles, and flees in grief. The scene is painfully telling of how everyone in Afghanistan has lost someone, all too often as collateral damage. Parvana describes her country by saying,

“We are at the edges of empires at war with each other.”

With every tragedy that strikes, Parvana escapes her reality and invokes her stories like prayers. The stories protect her, sustain her and give her the courage she needs in her greatest moment of trepidation.

Whilst managing to highlight the plight of women and girls under the Taliban, The Breadwinner also attempts to overcome the endless image of suffering by demonstrating the ability of the same women to overcome the tribulations they are faced with. The courage of the 11-year-old Parvana in particular sets the film alight with hope, against even the most unimaginable circumstances.

The film successfully captures a moment in time for Afghanistan, albeit a time marred by struggle and war. It is a story of burden and pain, and a story that is not afraid to state uncomfortable truths. The beauty and strength of any country is its people, and the Afghan are a people more than 2,000 years old. History and stories such as The Breadwinner remind us that they are a people who can be their own heroes – if only the world gives them a chance.