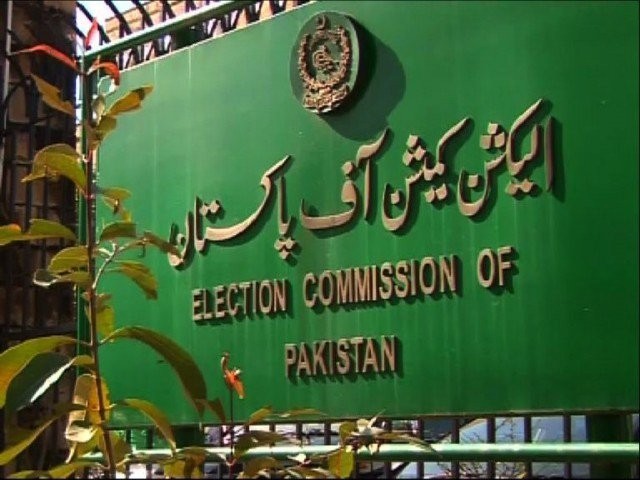 If the respective parties fail to finalise the name of the caretaker CM, the matter is decided by the ECP. PHOTO: FILE

Let’s get it out of the way: the caretaker or interim government setup for the General Elections 2018 will not be in a position to influence the results the way it did back in May 2013.

After all, the chief secretaries appointed in this tenure will be scrutinised by the National Accountability Bureau (NAB) very strictly, while the political parties, especially the Pakistan Tehreek-e-Insaf (PTI), are very determined to develop consensus when it comes to the names being included in the interim government.

The provinces failed to develop consensus for the selection of caretaker chief ministers (CM) within the given time, with the exception of Sindh, where a former bureaucrat has been sworn in as the caretaker CM. However, according to the rules, if the respective parties fail to finalise the name of the caretaker CM, the matter is then decided by the Election Commission of Pakistan (ECP). At present, four names have been suggested by the dissolved government and opposition of Khyber-Pakhtunkhwa (K-P) to the ECP, which will select the final candidate through a committee.

If any political party intends to delay the General Elections, it will not work, simply because the Supreme Court (SC) and the caretaker prime minister have reiterated that the elections will not be delayed at any cost. The Chief Justice of Pakistan Saqib Nisar has also clarified that the SC will not tolerate any delays, not even for a day.

However, these claims made by those in power are not the only reason why the interim setup won’t impact the elections. The following are the factors that will impede any interruption in the way of transparent elections this July:

1.  The scenario of the interim setup changed altogether because of the 126 days sit-in carried out by the PTI in the capital to address the issue of rigging in the elections of 2013.

Imran Khan was convinced that the election mechanism in Pakistan was faulty and easily approachable by the corrupt elite. Although the 2013 elections were not declared null and void, the PTI managed to develop a thesis that the election mechanism and the appointment of the caretaker setup should be scrutinised. The findings of the election probe, headed by the then Chief Justice Nasirul Mulk, were very critical. There were recommendations in the detailed judgment on how to make the mechanism of the election commission more appropriate. The implementation of those findings, which has taken place, would be sufficient to avoid rigging of a single vote, and stop the passage of interim government officials to influence the results of the General Elections.

2. The nominations of the caretaker CMs of K-P and Punjab were withdrawn by the PTI, suggesting how seriously the process is being taken by political parties. In K-P, the name of Manzoor Afridi was withdrawn due to criticism against his selection. In Punjab, the scenario was even more dramatic. There was initial consensus over the selection of Nasir Khosa as caretaker CM, but PTI withheld this decision due to reservations over Khosa allegedly being close to Shehbaz Sharif. They then suggested the name of Tariq Khosa, which the ruling Pakistan Muslim League-Nawaz (PML-N) government disagreed with.

The party finally recommended the names of Dr Hasan Askari and Nasir Durrani, but consensus is yet to be reached. Although it seems childish to give names for the job and then take them back, this backtracking will serve its purpose by keeping the interim setup from compromising the integrity of the election itself.

3. Clearance from NAB has now become essential for every CM or minister in the interim setup. NAB will ensure scrutiny over the setup, to see if there is any ongoing or pending inquiry against any of the members. This very important step will keep corruption away, ensuring that honest and dedicated men produce a healthy environment in the transition that is to come.

4. The print and electronic media is hyperactive, and one must say, almost too hyperactive over the appointment of the interim setup. For instance, the story about Khosa was revealed by Shaheen Sehbai, a senior independent journalist.

CM KHOSA INSIDE STORY: New PbCM Khosa owns home in WashDC. Was Pak Rep in WorldBank 4 three yrs, wanted 2B Ambssador in US but 1 month back ShahbazSharif stopped him 2 play an impt role. Now cat is out of bag. He fought his brother Asif Saeed Khosa for gvg judgemnt against Nawaz.

It was not left at his tweets, but taken seriously by other journalists like Rauf Klasra and Amir Mateen. They revealed more details about Khosa, resulting in the controversy which ultimately led to his withdrawal altogether. If the vibrant media does not engage in foul play, it will certainly go a long way in helping keep the elections clean.

5. The feasible and excessive use of social media, as well as its power to spread news to the relevant authorities, will now function as a weapon against rigging. Social media and the threat it poses is present everywhere, and the officials are aware of the damage a viral video can do to their careers and reputations. Just the potential of rigging being recorded and revealed on social media alone is enough to get political parties to keep their workers in line on Election Day.

Thus, what’s changed in the past five years and has perhaps strengthened Pakistan’s democracy in a way is that such measures have never been taken before. Previously, there would hardly be any action taken against attempts by different sides to rig the elections. But the General Elections of 2018 are being watched from every angle by the NAB, the media, social media, PTI, the judiciary, and the masses at large. If all the respective institutions and relevant parties, including the public, play their roles accordingly, the 2018 General Elections will not be rigged.