That is probably the first thing you’ll wonder when you think about the upcoming film Mowgli, yet another adaptation of Rudyard Kipling’s The Jungle Book, which comes just two years after Disney gave its 1967 animated classic a live action remake.

Why are we getting another The Jungle Book movie so soon after the previous one?

It’s a phenomenon we’ve seen time and again: twin films – two similar but separate projects developed at the same time by two different studios. That is certainly what has happened in this case as well. And it’s the massive success of Jon Favreau’s 2016 take on the fantasy adventure that is threatening to cast a shadow on the upcoming Andy Serkis interpretation.

There will be comparisons!

To his credit though, Serkis has tried to do something totally different with his movie. Mowgli is darker than Disney’s versions of Kipling’s 1894 tale and tries to stay closer to its source material. No singing and dancing here. Just the grim story of an orphaned child (portrayed by Rohan Chand) raised by a pack of wolves in the jungles of India and his journey of self-discovery.

Also, the calibre of talent attached to the movie makes Mowgli seem quite promising. The filmmakers have assembled an all-star cast to voice their talking animals, with the likes of Christian Bale, Cate Blanchett and Benedict Cumberbatch, as well as Serkis himself, bringing the menacing creatures of the jungle to life. As for the character designs and CGI, they seem slightly underwhelming in the trailer, although it would be unfair to pass judgment on the effects without seeing the finished product first. 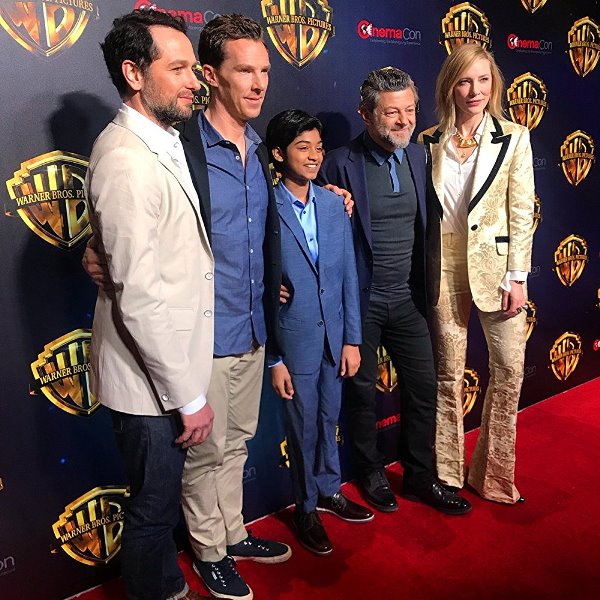 So will the film be any good? Maybe – it’s hard to not have faith in the amazing Serkis. But did we really need this right now? Not really. It all seems a bit unnecessary. Don’t you think it would have been much more interesting if the same cast and crew had been working on a different, original project instead?

I guess we’ll have to wait and watch for better insight!