Married to an “alien” 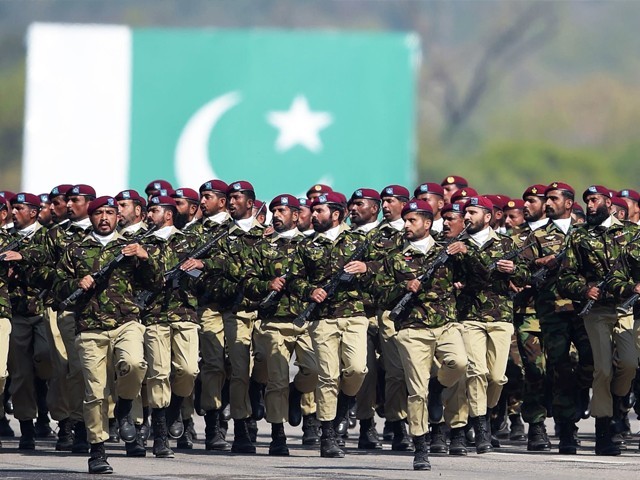 The threat of extremism appeared on the horizon about a decade and a half ago, plunging Pakistan into a different kind of war. The Armed Forces, until then, had been concerned with tackling and keeping malicious forces in check at the borders, but now they had a new enemy much closer to home. Each bombing and suicide attack has caused us great pain and we have lost thousands to senseless chaos since then.

December 16, 2014 seemed just like another nightmare, but this incident had the entire nation in unparalleled shock. I remember the disbelief as I heard reports of terrorist insurgents inside Army Public School in Peshawar, an institution singled out to target the children of our soldiers, the very men fighting against terrorism. The entire nation sat in shock, glued to their TVs. Anchors choked on their words, unable to hold back tears as news of deaths started to emerge. Children as young as six-years-old were brutally shot. From grade one up to grade 10, 132 children were massacred that day, 144 in all including staff and the principal.

Pakistanis came together to share each other’s grief. In this tragedy, our people stood united behind their military whose resolve to fight the menace of terrorism only grew stronger. With the already on-going operations such as Al-Mizan, Rah-e-Haq, Rah-e-Rast and Zarb-e-Azb, the Army tripled its efforts even further. More soldiers were deployed, additional posts were set up and the struggle continued with renewed intensity.

My husband is in the Army, so I know. I have endured his absences more times than I can count. His tenure at the borders, in Kashmir and then in Waziristan were especially difficult where lack of communication conjured the worst-case scenarios in my mind, enough to keep me up at nights. On occasions that we spoke, the background whizzing of mortar shelling always served as a reminder of how easily things could go wrong. Aware of the secret longing for martyrdom found in every soldier’s heart, I continued to be both a mother and a father to our children and held the fort at home so that my husband could carry out his duties untroubled.

This isn’t just my story, but that of every military spouse, and while I enjoy the comfort of having my husband still by my side, there are countless those who are left with a void that the healing hand of time may never be able to completely fill. Thousands in uniform have given their lives for this country and their families have braved the loss with courage and fortitude. Sacrifices made in blood demonstrate the highest form of loyalty and puts such men and women at a completely different level of patriotism.

Hence, when a senior political figure alluded to the forces as being ‘alien’, I cringed at the comparison. His words coldly dismiss the efforts and struggle of his own people. The implication that they are alien, not belonging, an otherworldly creation, is extremely insulting and displays an ill-advised and imprudent outlook. The word has been used thoughtlessly and in bad taste, disregarding the martyrs and their families. It is offensive to the soldiers who continue to defend their country. It expresses a vulgar indifference to the parents who send their children off to fight, and to the wives and children who spend more time apart than together as a family. In their separation, in the tears, and in the loneliness lies the passion they share for the nation. There are no conspiracies, no scripts, no games; just an ardent, mad love for their country and the desire to defend its people till death.

Unfortunately, Pakistan’s politics has evolved into a pseudo democracy where the mainstream parties are controlled and run by political families instead of churning out tested politicians every election season. No doubt, we have wonderful representatives and policy makers but their role barely extends beyond the tight circle drawn by those in charge. This partisan environment thus created is troublesome and dangerous to the system. Power has become opium, intoxicating those in control, a drug so potent that its withdrawal is becoming destructive for the entire system of governance.

Building hatred in the hearts of the public against those who are entrusted with their safety is a terrible equation, detrimental to any country’s progress and security. Thus, when such speeches contain animosity towards its forces, then that hate is bound to seep through and settle down among the masses spreading distrust and creating discord. Already, we find ourselves at the crossroads of international pressures, internal threats and foreign elements that are causing cracks in the unity of our people, planting seeds of dissention and gradually eating away at the edges of our solidarity. The enemy will plan and plot as such, but when our own leadership recklessly gives them a helping hand, that is something beyond comprehension.

I am disappointed at the lack of prudence and saddened to see how time and circumstances have hardened some to an extent that they would sell their own people short. Whether you talk about the ‘boot’ or the ‘cane’, these subtle insults and silent insinuations are not lost on any. These men are not ‘alien’, they are Pakistanis; your people, fighting for you and those you govern. Own them, be proud of them, love them and respect them. Unity in our ranks – civil, political and military – is the only way forward. It’s not rocket science, just simple common sense.

The writer is married to an Army officer.