A 55-year-old security guard with a big dream 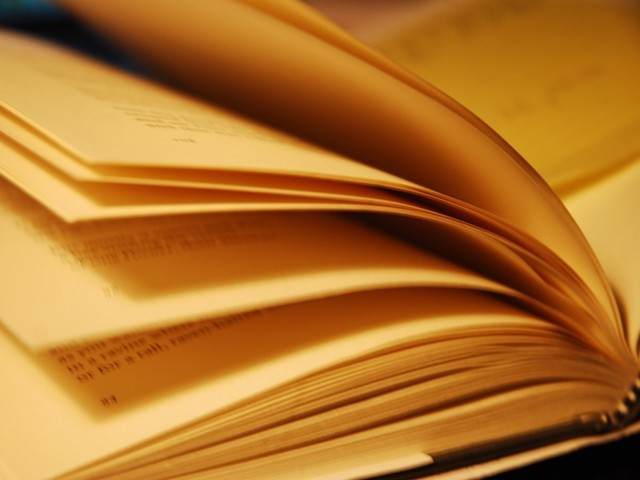 Saleem Akhtar plans to do an MA in English. He has a long way to go but he’s already on the path towards his dream.

Sitting at the entrance to the computer lab, at the Aga Khan University (AKU), seemingly like the many other guards around, he wears the usual uniform as people passed by him. What not many notice is that on his desk sits a copy of Thomas Hardy’s “Far from the Madding Crowd” and during the breaks he gets, he sits and reads voraciously.

Saleem Akhtar, 55 years of age, has picked up his books again, and he is on his way to becoming an Intermediate graduate. Standing at about five feet four inches, sporting a henna-stained beard with half-rimmed reading glasses perched on his nose, it would be hard to guess, by looking at him, the determination with which he has embarked upon this ambitious personal endeavour.

I first stumbled upon this remarkable discovery when, as I typed away at a console in the computer lab, he came up to me and hesitantly started speaking. He said shyly:

“How are you? I was hoping to get some advice…”

He spoke in carefully selected words as if from a limited collection. He went on to tell me proudly that he had just appeared in the first year intermediate board examination in Arts this July and was currently preparing for his second year exams .

“I was the oldest student in the room.”

The security guard went on to tell me about how he had neglected his studies when he was young. Having passed his matriculation in 1973, he took up employment with the Pakistan Navy for 20 years. The rigours of this demanding sea-faring life meant that studying had to be put on the back burner. After retiring from the Navy, he started work at the university as a guard. It was here, seeing medical students studying into the wee hours of the night, that he found within him a similar desire. He smiles and says:

“I look at you people studying and working for so long and I think maybe I can do it too.”

But the response he got at home was far from encouraging. A father of three sons and four daughters, all currently studying except for the eldest, who works as a carpenter, his family felt he was too old to start studying again. He said that his wife used to ask him:

“Why are you burdening yourself at this age? There is no use of this now!”

His children, he said felt shy:

“They have still not told any of their friends that their father is also a student.”

Undeterred, Saleem is a man on mission. After working eight hour shifts, he issues books from the AKU library and reads them when he gets home.

“I am taking ‘Advanced English’ as a subject also.”

He told me his favourite book so far was the “Prisoner of Zenda”. It takes him an average of about a month to finish a book, primarily because he follows a very systematic method. As he studies a book, he makes a list of words, hunts them up in an English-to-Urdu dictionary or brings them to college where he gets help from students who translate and explain the meanings to him. Then he reads the book again to get a better grip of the story line. He says, with a broad grin:

“I have a collection of over 4,000 plus words and counting!”

The chief hurdle he faces is actually speaking in English:

“I have a lot of words, I just cannot use them in conversation with strangers, and I get nervous.”

Further, he prefers to talk to students with whom he is familiar, to practice his English.

“The greatest help has been from the students. They have provided me with a dictionary and a thesaurus and they always help me when I need a difficult word explained.”

Saleem Akhtar plans to do an MA in English. He has a long way to go as yet, but he’s already on the path which is leading him towards his dream. In times when all we hear is criticism of everything in Pakistan – from the health care system to education standards to inflation and the lack of employment – it is uplifting to hear of such determination in the face of ostensibly insurmountable odds. It seems that what our people need is not the will or the desire to learn but a supportive, nurturing environment and a few helping hands.

I asked Saleem if he hoped for a better job in the future?

“No, I like it here; in the AC I can read comfortably, I am very happy here. I just want to show that I can become an MA too, even at this age.”

A graduate from the Aga Khan University Medical College in Karachi, who is currently a Pediatrician in training at Duke University in the US.

How my driver said yes to contraception