Does Sonam Kapoor’s name change make her any less of a feminist? 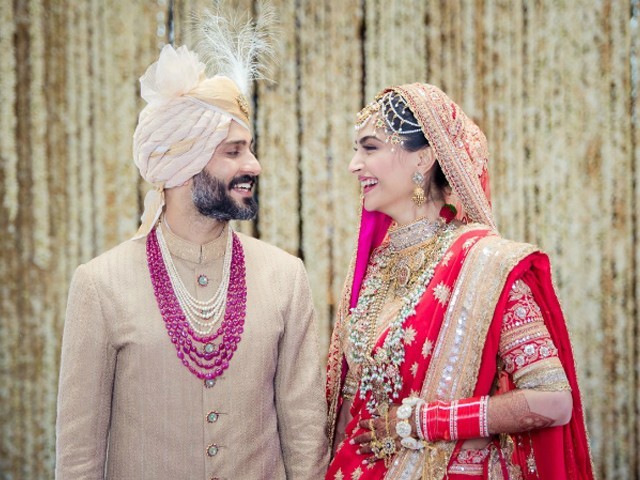 Saying “it is my choice” does not necessarily make you or your choices feminist. PHOTO: FILMFARE

I have often wondered about what feminism means to me, and there are still a lot of cobwebs in my mind that need to be cleared. However, the recent controversy surrounding Sonam Kapoor’s name change post marriage got me thinking again, as after she was criticised for taking her husband’s name despite being a vocal feminist, she justified the move by saying no one “told” her to do it; it was her own decision.

I for one have always been amazed that people cannot recognise the inherent patriarchy behind the practice of children being given their father’s name after birth. Society has internalised patriarchy to such a great extent that we often fail to even identify, let alone call out, the patriarchal practices ingrained in our lives!

After marriage, a woman goes from being identified as a certain man’s daughter to being identified as another man’s wife. Either way, her identity is linked to that of a man, and her relationship with that man. She is identified on the basis of her ties to men all through her life. If one is patriarchal, so is the other. Then why does society have a problem with one, but not the other? Those who have a problem with the ‘Ahuja’ added to the actress’s name should also feel uncomfortable with the ‘Kapoor’ she bears as her last name.

I'd rather drop both and stick to only my name. As @seemagoswami says it's a personal choice and haters be damned. !! Go girl, light your bulb!! ( *referencing swades @iamsrk ) @virsanghvi

Whether a woman retains her maiden name or adopts her husband’s last name, she is abiding by patriarchal norms that originated to rob a woman of her right to be recognised as an individual in her own right, independent of her relationship with men.

Just saw Sonam Kapoor changing her name to Sonam Kapoor Ahuja. Why only women acquire Husband’s name. Why men don’t acquire wive’s name. Do they love less to their wives ? Or women still derive their identity from men ? This should stop if women feel equal to men ?

This is what these practices seem to remind women:

“You are because he is.”

“You exist for him.”

“He is your master.”

“You are worthless without him.”

Women’s minds have been conditioned from birth to accept subjugation and see it as a normal way of being. We are expected to go from being obedient daughters to being subservient wives. To be submissive, compliant and dutiful wives; for anything short of that has been deemed undesirable and unacceptable since time immemorial. This is the reason behind this elaborate scheme of linking our existence to that of a man from the time of our birth, lest we forget what is expected of us.

It is no wonder then to see divorced or single women in the subcontinent not being respected. A woman’s relationship to a man is what determines her status in our society. A household without a man at “the helm” is often a vulnerable one; vulnerable to disrespect, abuse and social marginalisation. The way I see it, women in general and single women in particular are deemed contemptible by our misogynistic society.

The truth of the matter is that innumerable divorced and widowed women in India feel compelled to continue wearing a mangalsutra (sacred jewellery worn by married Hindu women) or the sindoor (red powder donned by married Hindu women in their hair) to project themselves as married women, even though they are single. Why? To gain the respect and status an attached woman is afforded in India. Perhaps, this is one of the reasons women opt to change their names after their marriages as well. After all, they have been brought up to believe respectability comes with being a man’s wife, and hence women resort to these overt shows of asserting their marital status. Whether it is embellishing their bodies with wedding paraphernalia – sindoor, mangalsutra – or the addition of the husband’s last name after their own, the purpose remains the same.

What is this if not patriarchy?

@sonamakapoor this is very special moment in ur life, so wish u Happy Married life
But disappointed with ur wedding rituals&more disappointed with ur name change with Ahuja added to your name just in a day!
Mr.Ahuja has changed his name to Mr.AhujaKapoor?
Feminism gone in Ganga?

So while a woman may say she “chose” to do certain things, like adopting her husband’s last name, wearing a mangalsutra, fasting on Karva Chauth (a Hindu festival in which married women fast for their husbands), or wearing a burqa, she fails to realise her mind has been conditioned to make these choices. She has internalised and normalised the patriarchy that dominates the world around us, all the while thinking she has made these choices of her own free will.

So even though women may make a choice of their own free will, their choices are not necessarily feminist. Marginalisation, conditioning and oppression all play into the choices we make.

So no, saying “it is my choice” does not necessarily make you or your choices feminist. There is a pressing need to explore the reasons behind the choices women think they make freely. Irrespective of which name she adopts, a woman should not lose sight of the fact that many ancient and antiquated customs were devised to subjugate and oppress women. Questioning traditions is key to seeing things for what they really are. Once one delves deeper, the patriarchy and misogyny present all around us become more apparent and obvious.

Coming back to the actress, her husband has apparently changed his name (albeit only on Instagram) to accommodate her last name. However, is the husband adopting his wife’s name the solution? I think not.

If patriarchy is a problem, so is matriarchy. Feminism is not about one-upmanship – it is about equality. The solution lies in holding one’s own, without being defined by the relationships one forges. Therefore, the answer may lie in both partners adopting a new neutral name!

Has Sonam’s name change made her any less of a feminist? Yes. But as I said earlier, no matter which name she uses, both are a patriarchal legacy. The only difference being she got to choose one, while the other was thrust upon her.

Passionate about trekking and travelling, the writer has just moved to Belfast, UK. Her obsession with the Himalayas grows every passing year and she keeps going back for more.

To all the Wonder Mums out there, do not let society shame you for the choices you make

Dear men, a short skirt, bikini and even a naked female is not an invitation

Dear Aamir Khan, if India was an intolerant nation, you wouldn't be where you are

“You think you can harass me just because I’m a woman?” – You tell him, girlfriend!