Samina is waiting for a miracle 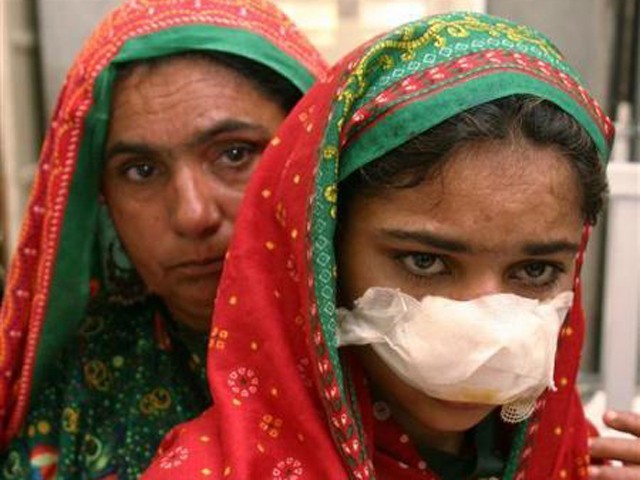 I hope one day we will have a country where women are respected, safe and empowered to remove hurdles of life.

Samina, my maid’s daughter, is being forced to get engaged to a boy, who she has never seen or spoken to.

When she asked her mother about him, she found out that the boy was a 12-year-old child. Frustrated, Samina tried to cut her wrist with a blade, but all in vain – she will be engaged on the coming weekend.

I could sense the remorse in her voice, when she told me about this, as she was not prepared to face such a responsibility. Samina’s dreams were to go to school, read the Holy Quran and learn English – all shattered and crushed to pieces.

At first Samina thought she would be able to face her parents, but now it seems the odds are against her – even if she tries she cannot stop the engagement, because the arrangement is part of a watta satta, which means if she refuses, she will end up breaking her brother’s engagement as well.

A half-life for women

According to Islam and the laws of Pakistan, a woman cannot be forced to marry someone against her wish, consent or will. Unfortunately, women in Pakistan can only attain a life of peace if the obey social norms and traditions that are expected from them.

They have no right to question the life that is drawn for them, and they live in constant fear of instigating their dominant male relatives who might shoot them dead, burn them or throw acid on their faces if they are thought to have brought shame to the family – shame for marrying men of their choice or for divorcing abusive husbands – merely an allegation is enough to justify the slaying.

Women in Pakistan live their life circumscribed by traditions, male members in the family – brothers, fathers and husbands control their minds, behaviour and speech.

Many believe that Islam has made men a degree above women. This should not be misinterpreted – this degree refers Quiwama that is maintenance and protection. It does not mean men are superior in front of the law. It does not mean that a husband can be a dictator to his wife.

Honour killing is rising dramatically in Pakistan. Hundreds of women are abused by their husbands or other male members of their family, on a daily basis. They are verbally abused and physically beaten over minor issues, such as delays in serving food.

It is wrong for us to think that honour killing is limited to only rural areas. Samia Sarwar’s mother, a doctor, killed her daughter in the name of honour in Lahore in April 1999, when she sought divorce from her abusive husband. Samia’s mother and her mother-in-law were sisters so divorce meant bringing ‘shame’ to the family.

There are laws to tackle violence against women, such as the Protection of Women Act 2006 or the Criminal Law Act 2009, but their rights and safety are continuously curbed by restrictive acts. Discrimination against women is not only a legal problem, but also a societal one, as it is deeply embedded in the mindsets of the people. Laws provided by the parliament are not enough to protect women against centuries-old traditions. This can be changed only through an evolution that will includes the abolishing jirgas, implementation of laws, empowering of judiciary and the police to deal with such issues. All this requires a strong political will.

Physical and sexual violence, honour killings, forced marriages and structural inequalities within the society are constant violations of women’s fundamental rights. Pakistan is one of the worst countries in the world in terms of gender gap according to the World Economic Forum’s Global Gender Gap Report 2009.

Women in Pakistan are as capable as those of any other country. With a strong leadership, and determination at an individual level, they can escape torture and have control over their lives.

I feel debilitated and helpless for Samina.

I cannot put myself in her shoes as I have been given enough liberty to express my views and show my disapproval.

I hope one day we will have a country where women are respected in all fields, where they are safe and empowered enough to stop all the hurdles which come their way.

A student who did her A levels from Nixor college and is currently applying to universities.

On World Literacy day, I made a child smile