The weapon of ideology to fight terrorism 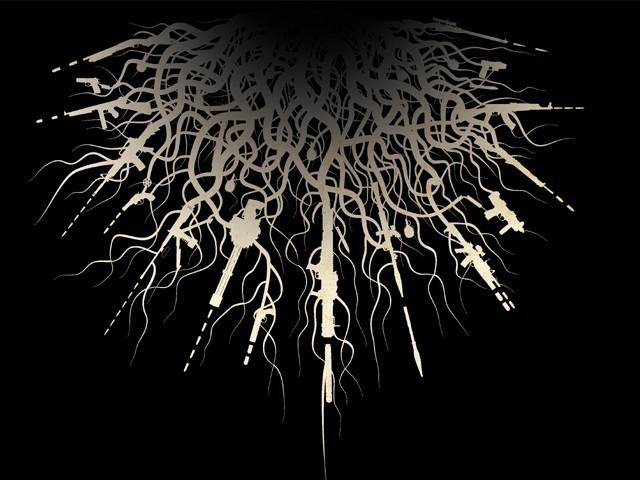 Fighting against terrorism is an ideological war and it can only be fought through another counter ideology.

Why criticise the Pakistan army and religious fanatics?

Why can’t you offer some solutions to fix the grave security situation responsible for our economic turmoil?

We sacrificed our citizens, sports, tourism, hotel industries and foreign direct investment etcetera so why highlight Pakistan’s problems rather than offering solutions?

Above stated are questions I have faced over the past few years, during my conversation with Pakistanis across the world. In this blog, I have tried to analyse these questions and also tried to highlight solutions to terrorism (‘public enemy number two’ after inflation).

Just as a doctor needs to make a proper diagnosis before starting any treatment, we need to understand the source of the problem first. In Pakistan, there has never been a proper diagnosis, and wrong policies have been implemented to counter this terrorism.

How can we fight this issue when the majority in the country believes that terrorism in Pakistan is jointly supported by India, America and Israel? When most Pakistanis consider Osama bin Laden’s death as a bad thing; when the majority regards India as a bigger threat than Taliban and al Qaeda; when the media is dominated by conspiracy theories of Hamid Gul, Zaid Hamid and Imran Khan.

So, is terrorism a Jewish conspiracy or is it the deeds of Muslims who are influenced by a radical fundamentalist ideology that justifies taking innocent civilians in the name of religion?

It’s high time for Pakistanis to take their pick as their decision will drive the solution to their problems.

Now, I am not going to refute the claims of Zaid Hamid & Co, since they are well documented already. Instead, I will try to provide a solution to the menace of terrorism that I believe is indeed influenced by a radical ideology and is not a conspiracy of India, America, KFC or McDonalds.

War of ideologies not bombs

It is important to understand that terrorism is an ideological indoctrination which is why military/counter terror operations, drone attacks, reconnaissance missions and other combat operations are only short term solutions.

It is essential to get familiar with the ground realities of this war with an enemy that believes in a violent ideology. We are not fighting people who are influenced by nationalism and where peace will be achieved once the territorial issues are resolved neither are we fighting against a bunch of robbers or thugs. We are fighting against those who wish to establish their caliphate and puritanical Shariah across the globe by means of violent measures.

Terrorists have an advantage in the form of sympathies and ideological support from ulema – hijackers of Islam. These ulema, whether in Pakistan, Saudi Arabia or Iran, provide terrorists the moral support, lending justification to their promotion of hatred and intolerance.

Take the example of Malik Mumtaz Qadri, a terrorist who killed Punjab Governor Salmaan Taseer. The majority of Pakistani ulema refused to condemn Qadri’s actions and many have even praised him for his heinous crime. The most powerful Pakistani clerics, the likes of which are Mufti Taqi Usmani and Maulana Tariq Jameel, have refused to issue fatwas condemning suicide bombing because according to their viewpoint that would have discouraged the brutal campaigns of their fellow Muslims in Afghanistan, Kashmir and Palestine.

The late Israr Ahmed, the darling of Pakistani talk shows and print media, once proposed his theory that it is imperative upon Muslims to establish Khilafat across the planet and once they are successful then they must give the following three options to non-Muslims under their rule:

1. To accept Islam.
2. If not that, then live as second class citizens where only Muslims have the prerogative to administer the state of affairs and where proselytisation of all other religions except Islam is banned.
3. If neither of the two above options are accepted, then non-Muslims must face the Muslim army in a battlefield and let blood determine the outcome.

This proposition is widely supported by all major ulema and Islamic scholars in Pakistan who have mass followings and who are blindly followed by the majority.

Consider this example below: During my debate with a Pakistani on the issue of Jews, he concluded that Jews are responsible for the current dilapidated condition of Pakistan.

When I asked him for proof, he quoted a verse from Quran to justify his view (Qur’an; 5:51). This is the same verse that I was given by a majority of Muslims I spoke with as their justification of hatred against Jews.  This and other similar verses are being used by terrorists and their sympathisers (Islamic scholars) to promote intolerance in our society.

The question is how to refute this claim that is explicitly taken from the Quran?

If the same verse is proposed by a fanatic or conspiracy theorist to intellectuals such as Pervez Hoodboy, Fasi Zaka, Nadeem Paracha, Ayesha Siddiqa etcetera, then most likely they would counter it through reason and logic in the light of global human rights standards. But, this approach is not good enough when it comes to debating with people who are heavily influenced by religion, like most Pakistanis, and who have religious justifications for their intolerant actions.

Counter ideology, through the Holy Quran

The correct approach to deal with these religious minded people is to counter their views with a counter ideology. Counter ideology means to refute the claims of extremists through the same text (Holy Quran) that they rely on for their own radical ideology.

In relation to the above verse quoted by the majority of Pakistanis for their hatred against Jews, a comprehensive rebuttal is available from Dr Khalid Zaheer.  Dr Khalid refutes the claim of extremists by presenting other verses from the Quran and by explaining the proper context of the verses proposed by radical popular clerics of Pakistan.

He successfully manages to debunk the theories of Pakistani clerics and conspiracy theorists in his detailed analysis of the verses of Quran in relation to Jews.

But the unfortunate reality is that Dr Khalid is not a popular scholar of Islam in Pakistan unlike Israr Ahmed, and other scholars.

Dr Khalid’s works have never been properly marketed unlike that of the radical preachers who manage to garner funds from the public and who have availability of state funds and support, thereby enabling them to use efficient marketing channels. The radical preachers often have state and army support since they provide the ideology that becomes the motivation for militants which the state has reportedly used as strategic assets in the past.

So the issue is not the lack of counter ideology but instead the very limited access that people have to this ideology.

The important question is:

Why is the United States (US) not fighting this war ideologically and instead relying on combat operations alone?

Americans spend $750 billion on their defense budget every year. Recently it was estimated that the cost of buying and operating 2,443 F-35 Joint Strike Fighters is $1.3 trillion. Even one per cent of that amount spent on counter ideology would be beneficial. During operation Cyclone, the Americans funded the radical ideological Jihad and University of Nebraska played a crucial role in printing Jihadi literature. They must now fund this counter ideology in order to fight the global menace of terrorism, especially in Pakistan.

Just like we have Dr Khalid’s rebuttal against the so called religious justification for hatred against certain non-Muslims, we also have comprehensive rebuttals of Jihadi ideology that the majority of ulema support. These rebuttals also use Quran and Hadith that the extremists use to foster their propaganda.

For example here is a fantastic essay of Javed Ahmed Ghamidi, a Muslim scholar who had to flee Pakistan after the state refused to provide him protection as he was threatened by state supported ulema and militants.

Ghamidi’s comprehensive work is capable of debunking countless books and articles that have been written by extremist preachers over the past few decades. Although I personally do not subscribe to any religion but this rebuttal was an eye opener for me for my positive sentiments towards Islam. The works of Ghamidi are not only confined to terrorism, but they cover all aspects of Islam that need to be looked at and that should be made available to all Muslims.

In conclusion, I reiterate the fact that fighting against terrorism is an ideological war and it can only be fought through another counter ideology. Military and counter terror operations are justified as long as they maintain minimum casualty rate and they manage to successfully target those elements that are already radicalised and have refused to lay down arms. However, this is a short term solution, as I said earlier because these operations are not going to stop the new breeding of terrorists and more and more terrorists will continue to produce, unless their ideology is not going to be rebuked and castigated.

This refutation of their ideology cannot be done solely by just through countering them with reason and logic but instead the same Holy Quran and Hadith should be used to discredit their propaganda.

This long term approach should be adopted by governments who are serious in countering the threat of Islamic terrorism. It will take decades to resolve this matter as it involves total ideological transformation. It is absurd to assume that terrorism issue will resolve in 90 days once the US leaves Afghanistan, a theory proposed quite frequently by Imran Khan.

A UK based financial analyst, researcher and blogger with interests in counter-terrorism, history and philosophy

Taliban and the need for 'evil USA, Zionists and India'

13 worrying facts about Pakistan and terrorism