Pakistan is our salad bowl 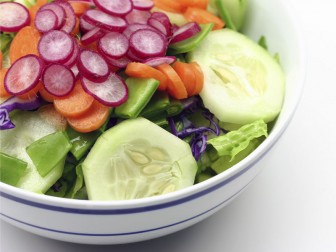 The salad bowl theory puts forward that there is no assimilation and that each ethnic group retains its individual identity.

Earlier this week a report in the International Herald Tribune claimed that a centuries-old tradition in parts of northern India had all but disappeared. The article discusses polyandry, which althoough never widely practiced was present in certain areas – but not anymore. According to the paper this custom is no longer practiced in the country as a social revolution has taken place.

It is true, one could argue, that this custom has been deemed old-fashioned and archaic in the current progressive world, thus, the change is positive. However, this is individual opinion and the fact remains that this custom was around for hundreds of years and it has been wiped out in approximately 30 years.

The question that comes to mind is: what does this mean for the rest of the world? Will the traditions and cultures we hold close to our heart also vanish in a few decades because of globalisation? But this is not globalisation. Globalisation is ideas, languages and different cultures coming together, it does not mean that individuals lose what makes them unique.

Retaining one’s uniqueness and culture has been a difficult journey and initially globalisation was seen as facilitating the creation of a melting pot, where cultures and identities merged and/or assimilated into one. This was an issue as multiculturism was seen to be fading away and so multiculturalists proposed another theory which they felt described the situation better – the salad bowl theory. According to this view, there is no assimilation. Each ethnic group retains its individual identity and culture but still integrates into the rest of society.

The salad bowl theory has gained popularity and is being implemented in a number of countries in the developed world, and has encouraged different groups uniting together and learning from each other. In a country like Pakistan, which is home to different religious groups, a number of different ethnicities and cultures, this theory makes perfect sense.

A LUMS graduate working as a sub-editor on the Life & Style pages of The Express Tribune.

My Blackberry and me: A love-hate relationship

There are reasons to celebrate Pakistan

Making Afridi nazim: Are cricketers our only hope?