Surreal and hypnotic, ‘You Were Never Really Here’ is 21st century’s ‘Taxi Driver’ 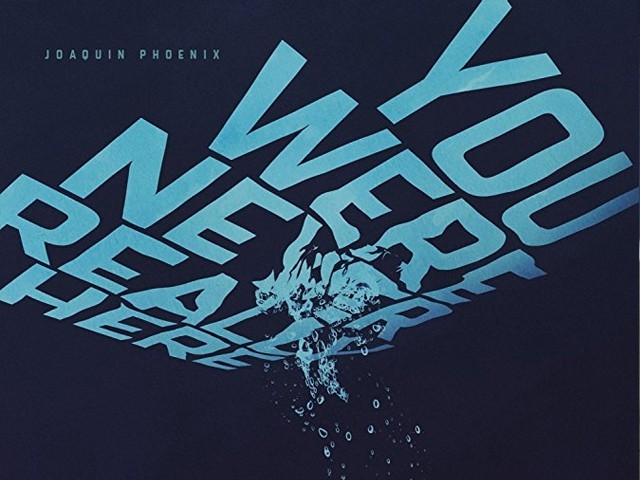 You Were Never Really Here is probably the most artfully directed action-thriller you are likely to see these days. PHOTO: IMDB

In You Were Never Really Here, the latest film from Scottish filmmaker Lynne Ramsay, Joaquin Phoenix plays Joe, a man quite literally dangling on the edge of mortality. By day, he looks after his ailing mother; by night, he’s an unflinching hit-man and vigilante-for-hire who doles out justice to those who exploit the innocent. In between those extremes, he’s a man haunted by his traumatic past as both, a victim of domestic abuse during his childhood, and a war veteran with a serious case of post-traumatic stress disorder (PTSD).

However, after Joe is hired to rescue a senator’s daughter who has been kidnapped by a sex-trafficking ring, he finds himself on a journey into the seedy underbelly of New York City, which is further distorted by his disoriented sense of reality. Soon enough though, he sees no choice but to go about doing his job rescuing the girl and taking down any human obstacles along the way with his signature weapon of choice: a ball-peen hammer.

On the surface, You Were Never Really Here seems like something very much in the spirit of Martin Scorsese’s Taxi Driver; some have even called it the Taxi Driver of the 21st century. While Taxi Driver depicted a man disintegrating into darkness and lashing out at the world around him, which he so clearly vilified, You Were Never Really Here shows a man who inhibits the darkness. Him lashing out at the world comes in the form of him killing child traffickers and other generally terrible people, but you also get the feeling it is to make up for the internal pain he himself feels. When he’s not killing on the job, he’s flirting with the idea of killing himself; whether it is by leaning on the train tracks just enough so he doesn’t fall off, or by covering his face with a plastic bag and taking it off just as he’s about to suffocate to death. 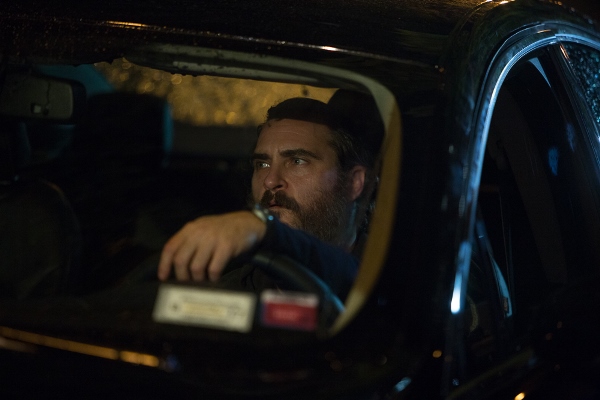 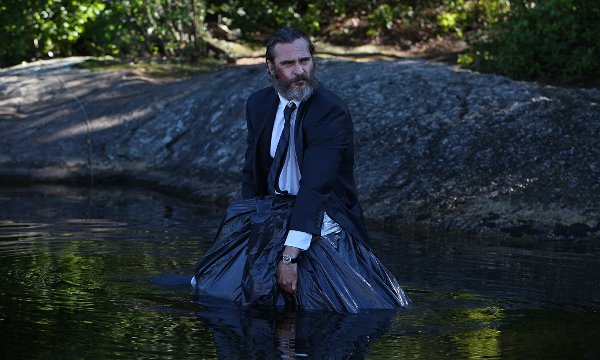 However, the genius of You Were Never Really Here lies in the fact that it manages to give us an incredibly affecting character study that’s done with great subtlety and sensitivity, while also giving us a brutal and stripped-down revenge thriller that thrives on its imagery and Director Ramsay’s unique art-house sensibilities.

The reason I say this is because this film is not directed like usual action-thrillers. It can be jarring and increasingly violent when it needs to be, which is evident by a couple of sequences that again, many would liken to Taxi Driver. However, it’s often the violence that remains off-screen that ends up carrying the most weight. 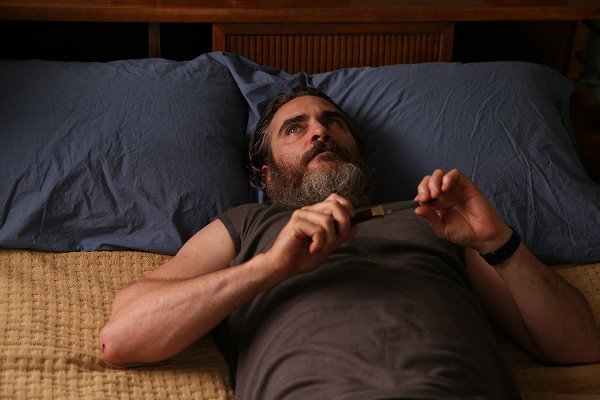 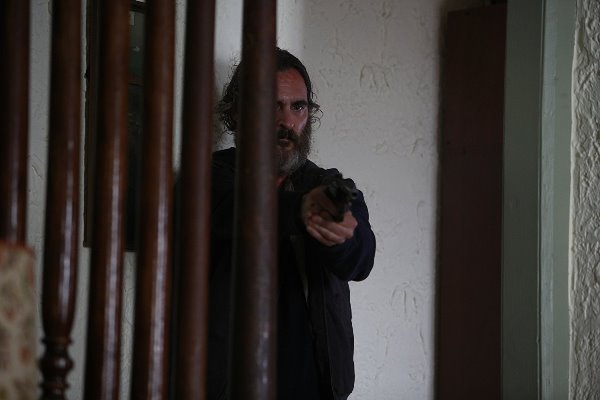 Ramsay also combines flashbacks and dream sequences to present a fractured narrative, which at times makes the film feel surreal and hypnotic. Whereas aesthetically, Ramsay and cinematographer Thomas Townsend’s images resonate deeply. At 90 minutes, the film never feels a second too long, and not a single shot feels wasted.

At the centre of it all, of course, is Phoenix, who turns in a truly astonishing performance as Joe. Conveying more with his expressions and body language than he would ever be able to with words, he embodies the character with as much of a sense of fragility as there is a sense of ruthlessness. By the end, it’s impossible to not feel empathy for the hammer-yielding hitman. 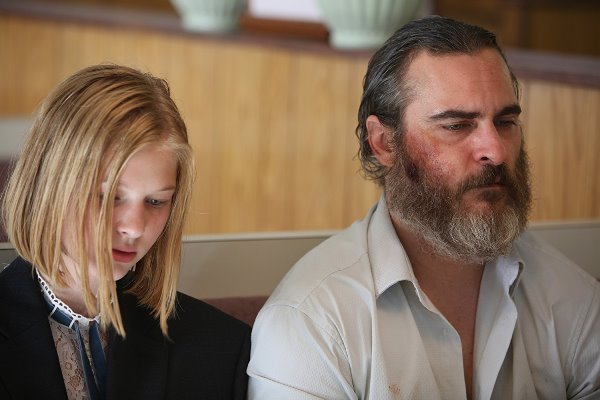 You Were Never Really Here is probably the most artfully directed action-thriller you are likely to see these days. However while that’s a major reason to see this film, it is also worth seeing purely for Ramsay’s profound investigation of trauma and abuse, as well as Phoenix’s soulful performance as a man searching for a shred of catharsis in a world with seemingly none to offer.