Notes from the underground: ‘Most people don’t listen to folk rock’ 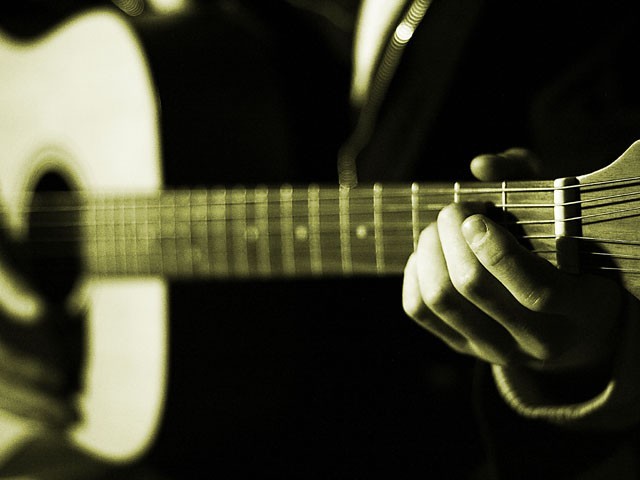 Bilal and Abbas are a testament of the belief that underground music in Pakistan is replete with diverse talent.

The underground music scene in Pakistan is replete with an array of diverse talent. Bilal Mehmood and Mohammed Abbas bin Yaser are testament to this facts. The enterprising duo has proved themselves worthy of accolades by winning the online cover-song competition organised through the official website of Yusuf Islam (aka Cats Stevens).

Participants were required to upload their own renditions of Yusuf Islam’s songs on his official website and the popularity of each entry was gauged through Facebook likes. The duo covered “The first cut is the deepest” – one of Cat Stevens’ most popular songs from the 60s – and won the blue ribbon for their commendable efforts.

While folk rock is now gaining extensive popularity in Pakistan, the emphasis is still predominantly on commercial pop music. The young duo aims to challenge this monopoly and broaden the horizon of the local music scene.

“Most people don’t listen to folk rock and 70s music, so it was very difficult for us to get people who would be interested in listening to our version of the song. There was no media – apart from Facebook – through which we could spread the word about our song. Since we weren’t very well-known on a commercial level we thought it would be difficult to encourage people to watch our video, let alone like it on Facebook. But we had done casual gigs at universities and schools and were thus able to get a reasonable number of votes in our favour.”

They say talent is innate. It flows through your blood and eventually dictates the decisions you make. Did something akin happen for these young and talented musicians?

“We found the folk rock genre to be very inspiring. It almost seems as if we had found the purest form of music. It was also a very exclusive genre as very few people were actively involved in it. Luckily we had the sense to pursue our liking for it and are proud that it has helped us gain recognition.”

After a two month voting process, both Mehmood and Yaser consider the experience to be immensely rewarding.

“There were numerous challenges involved. We used a terrible camera to record the video and were convinced that the quality of our video would make us lag behind.”

Much to their consternation, the technical flaws did not impede their ability to impress. The rendition received a total of 1,500 likes and was automatically declared the winner. Reflecting on the many reasons for their success, Mehmood says:

Mehmood and Yaser have performed regular gigs at T2F and the Base Rock Cafe. Through their inspirational musical performances they have enticed, entertained and managed to build a modest fan following. Having acquired a position of respect in the underground music scene, they feel that they still have a long way to go.

“Popular TV channels and big brands need to realize that there is a lot of talent in the underground music scene. It is only then that we can get opportunities and actively pursue our music careers. Furthermore, training young people in music should be made compulsory at a school and university level to help people become more aware of the various genres.”

However, this by no means implies that underground musicians should wait for opportunities to knock on their doorsteps. To the contrary, the young duo believes that regular gigs can help promote folk rock and dilute the influence of commercialized pop music.

It is compelling to see such talent brewing in our midst and making a small contribution to Pakistan’s image in the world. Mehmood says:

“Out of a 107 contestants, we were the only Pakistanis in the competition. We’re proud of this achievement and hope this will both raise awareness about this genre in Pakistan and draw attention to the underground scene here.”