Out with the new, in with the old: Is Imran Khan back to being the true face of change? 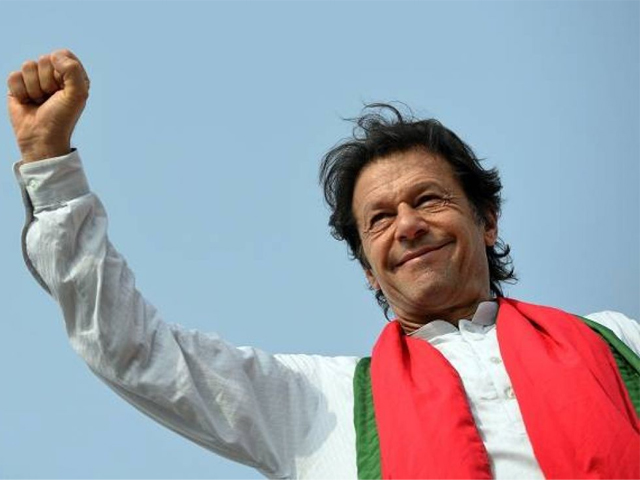 In Pakistan, Senate elections are coupled with horse-trading. It is perhaps one of the most essential components of the procedure, whereby votes are sold upon an auction price. Members of Parliament have for long engaged in this fallacious act, yet there is no one to call out against it. Perhaps the reason being the reconciliation of mutual benefits.

Since its inception, Pakistan Tehreek-e-Insaf (PTI) has been morally against all such acts and strongly advocated against immorality and injustice. However, since the inflow of tried and tested politicians into the fold, and Imran Khan’s straying from the basic agenda, there were doubts that PTI had gone off track. But spectators were taken aback when PTI not only accused several lawmakers from their own party of having indulged in horse-trading, but also went on to serve them show-cause notices, threatening to expel them from the party. After initial investigation under Pervaiz Khattak, 20 names were forwarded to the chairman, which he announced in his April 18th press conference, and promised to refer them to the National Accountability Bureau (NAB), to be dealt with an iron hand.

A huge uproar took place, with the lawmakers denying these allegations and accusing senior officials of safeguarding the actual players involved, due to their status of high influence. However, PTI was adamant and refused to budge until their innocence was proven. This was met by massive appreciation from various political commentators, analysts, news anchors and the general public. Nonetheless, there were people, particularly opposing politicians, who claimed this was just a publicity stunt right before the upcoming general elections. Yet, others argued that it was not only one of the boldest steps in political history but also a very risky one.

With the general elections right around the corner, the expulsion of 20 MPAs from Khyber-Pakhtunkhwa (K-P) will have a huge impact on the electoral strength of PTI. Not only will these individuals collectively propagate against the party at the grass root level, but will split the votes considerably and allow opponents to jump on the wagon to demonise the dictatorial demise of PTI, which could have a lasting effect. Similarly, with less than six months to elections, it is very difficult to look for alternative lawmakers. But Imran and his PTI is unmoved. And much to the dismay of political opponents, who were deep in the critique of PTI’s moral decay, this is a sign that PTI is still the face of change and unpredictability.

For ideological supporters like many of us, this is a very positive signal. It contests the numerous apprehensions we have had against PTI regarding the erosion of its legacy, by becoming a mainstream political party. For many such voters, this may be the turning point in what was presumably a tide of despair. The tables have turned and the future no longer looks so bleak after all. There is the reigniting of hope that Imran might not have changed at all, and his consistent declarations that it was in fact the top gun who mattered, rather than the people working beneath him, could in fact prove to be true. But even so, there are speculative inconsistencies involved. And the coin could flip either way.

For now, however, despite suffering in K-P in the electoral sense, there is still an injection of experienced politicians into the party, which signals the interest of the people. The glorious electables that PTI and all other political parties are pocketing are keenly pursuing this wave. It is a lot easier to be defending the inexperienced Imran than the famously corrupt Asif Ali Zardari, or the disqualified Nawaz Sharif, on the tenterhooks of his agonising political career. Therefore, it is no surprise that PTI has the courage to establish such a harsh precedent, and that too with an immensely crucial timing.

But there is also another question in play. With these electables smoothly making their way into the party, will the party have the strength to dictate its own ideology in front of a cadre of high-statured politicians? Will the same electables be ready to envelop the true face of the tabdeeli (change) that Imran has promised or will they sway at the slightest hitch? These are serious questions that need to be addressed by PTI if it longs to form the government. With the various disqualification suits designed against Pakistan Muslim League-Nawaz (PML-N) leaders, and the demise of Pakistan Peoples Party (PPP) in Punjab, there is no better time for PTI to pull its political strings. However, it must ensure that it not only relieves its former support base of the many doubts that have assimilated, but also encourages new voters to embrace the flag of justice and humanity that it claims to display.

For PTI, the move to deal harshly with the horse-trading matter may be an excellent jumpstart to the election campaign. But it is now up to the leadership to steady the momentum and apprise the people of all that it has achieved in K-P in the past five years. There are positive reports from the health, education and police departments but there are also deeply ingrained grievances when it comes to the development of the province as promised by Imran. PTI must play its cards right and not stumble into the strategic abyss that its political opponents are carving.

It is in the best interest of the country that the legislature be given adequate respect and importance. It is significant that other political parties follow PTI’s lead against horse-trading so we can slowly and steadily move towards greater transparency and cleaner elections. The fundamentals of democracy yelp in pain at the condition of our electoral processes. Hence, it is imperative that the political fraternity reform and alter the procedure to make it the best possible methodology to allow the true representatives of the people to seep through. And by doing this, we can truly and safely say that democracy is in fact the best revenge.