Believe the hype: 5 reasons why ‘Avengers: Infinity War’ will meet all your expectations, and then some 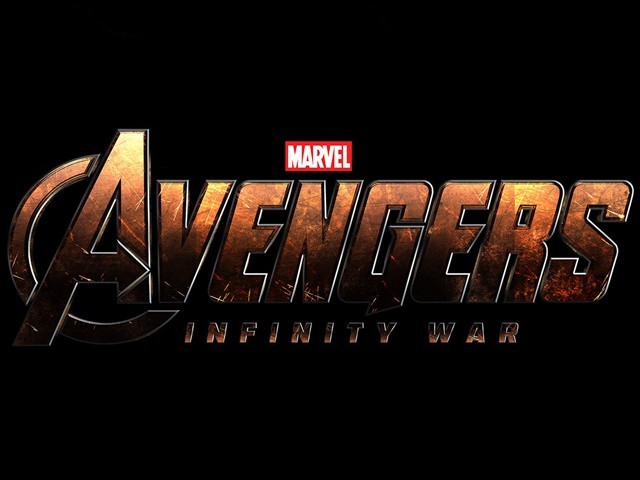 As a huge Marvel fan and a general superhero enthusiast, I had a blast watching this ambitious movie. PHOTO: MARVEL STUDIOS

The 19th film in the Marvel franchise, Avengers: Infinity War, will begin to put an end to the saga which started a decade ago with 2008’s Iron Man. The movie features all of our favourite superheroes from the Marvel Cinematic Universe (MCU). This means the superheroes from all three phases have finally come together to take down the ultimate bad guy, Thanos (Josh Brolin), whose arrival Marvel has been teasing since the very beginning.

Infinity War is the longest Marvel movie yet, with a runtime of 160 minutes, but I am not complaining. It’s understandable that a movie with such a huge cast and so many characters requires this much time to unfold the plot without ignoring any of it many key characters.

Let’s get this out of the way – this film will not be everyone’s cup of tea. It has so much going on that it might be hard for some viewers to completely get the gist of the plot. Seasoned Marvel fans might not have that much trouble, but if you are not completely caught up with the MCU, then some plot points might just confuse you.

As a huge Marvel fan and a general superhero enthusiast, I had a blast watching this ambitious movie. I went in with huge expectations like any other fan, and came out thoroughly satisfied.

The following are the five reasons why Avengers: Infinity War will meet all your expectations, and then some.

1. Thanos is ‘the’ force to reckon with

In one of my previous blogs, I raised the concern that Thanos might not be able to surpass Killmonger, Black Panther’s supervillain. However, what Thanos lacks in integrity and sheer will, he makes up for with immense power and strength. 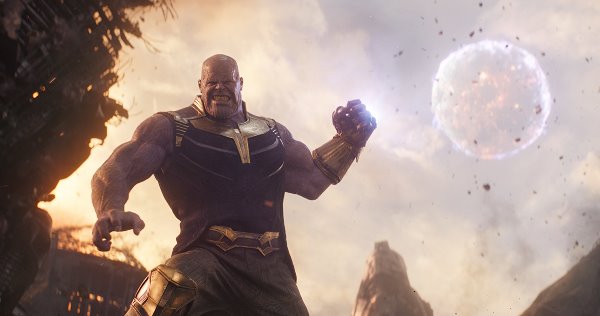 In the opening scene, Thanos is established as a villain whose powers are unmatched, and he proves it by defeating the Hulk in a physical fight. The Russo brothers have spent a lot of the movie’s runtime in developing the super villain’s character. The scenes between Thanos and his daughter Gamora (Zoe Saldana), in particular, make the audience come to terms with the fact that beneath all the CGI, Thanos has a human side to him as well. 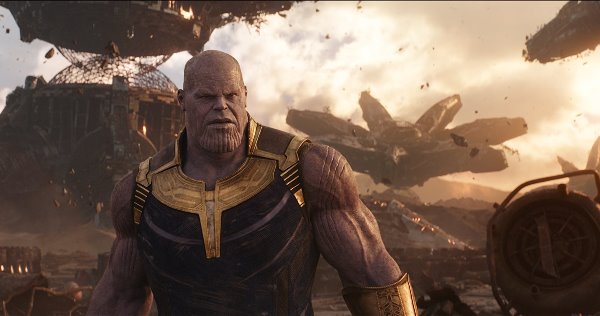 The CGI used on Thanos is top-notch, and the orchestral background score in his scenes add to his grandeur. The fact the directors have treated the character with the utmost care and have clearly spent a lot of time developing his story arc is the reason why he comes out as a worthy enemy to all the Avengers, and does not seem like another plastic CGI character (talking about you, Ultron).

2. Our heroes are at their weakest

It is made evident in the opening scene itself that this movie won’t be glorifying the Avengers, but instead, will put them down, and then kick them while they are down. Even though Spider-Man gets a suit upgrade and so does Iron Man, they still prove to be weak when compared to Thanos, who wields the power of the Infinity Stones. 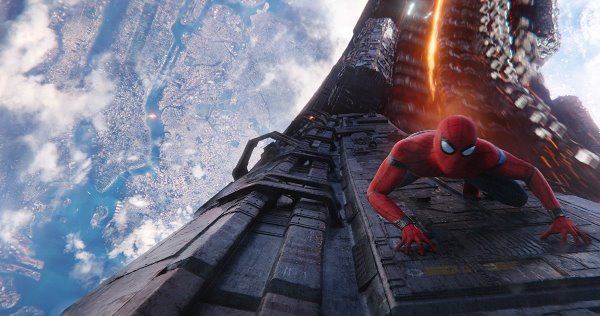 Also, Thanos has an army of his own, and this only adds to the problems of the Avengers. We get to see our heroes at their weakest and we get to feel their helplessness. There are some major (unfortunate and sad) events taking place, and our heroes don’t handle it all very well, to say the least.

3. The humour is on point

Although the movie is darker compared to previous Avengers films, it has some pretty hilarious scenes involving our favourite characters. Star-Lord (Chris Pratt) in particular is at the top of his comedy game. His interactions with Thor, Iron Man, Rocket and Drax can only be defined as a treat to watch. Rocket has some funny one-liners, and a teenaged Groot also adds to the fun. These comedic and fun moments amidst the tense and dark plot remind us of what is at stake and what our heroes are fighting for. 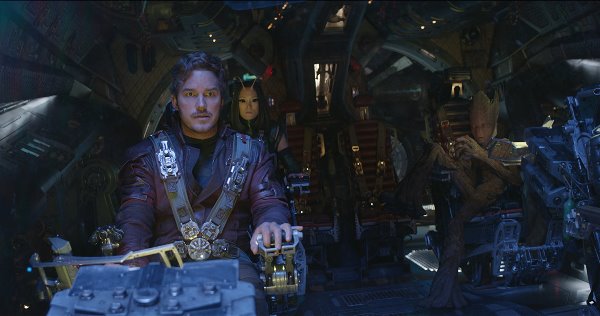 4. The action scenes are, quite literally, out of this world

The movie, obviously, has loads of action sequences, and it does not feel enough to say the action choreography is brilliant. The fights between Thanos and the Avengers are particularly fantastic. All the main characters get into some serious battles with Thanos and his henchmen.

The battle sequence in Wakanda is a visual spectacle, with Captain America and Black Panther leading the charge against Thanos’ army. 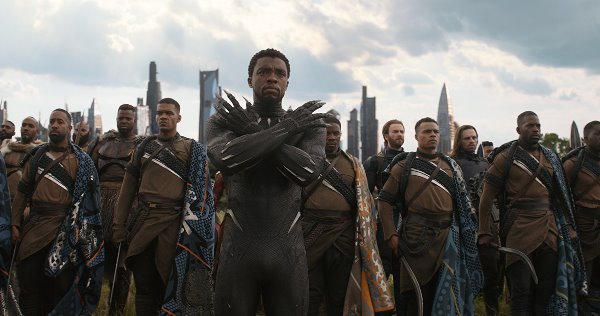 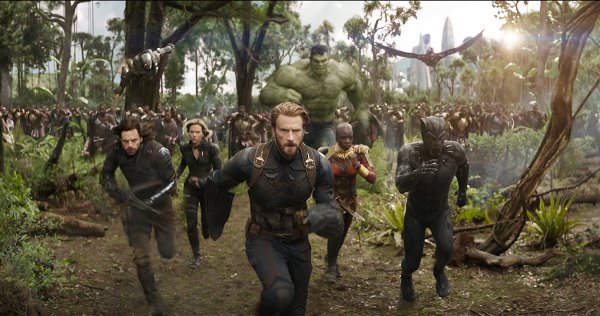 The scene where Iron Man, Spider-Man, Star-Lord, Drax and Doctor Strange take on Thanos is also full of thrills and slick action. The movie is a visual marvel with so much attention to detail. From the fields of Wakanda to the on-point expressions of Thanos, the CGI is purely ground-breaking. The visuals team has clearly knocked it out of the park. 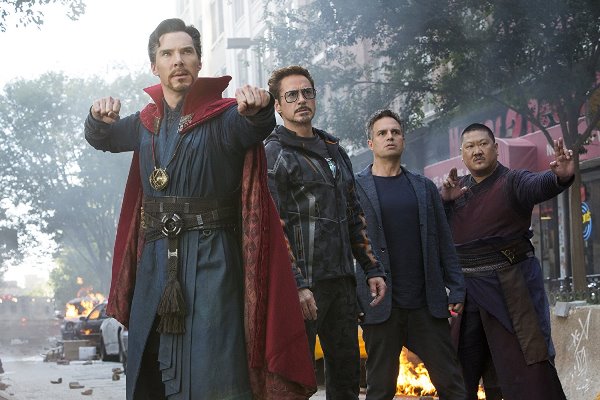 Dealing with so many characters and plot lines is not an easy task. With over 20 main characters featured in the movie, it was important that all the characters have their moments and none of them are ignored. The Russo brothers successfully pull off a narrative that juggles its heroes and their storylines without exhausting or confusing the viewers. 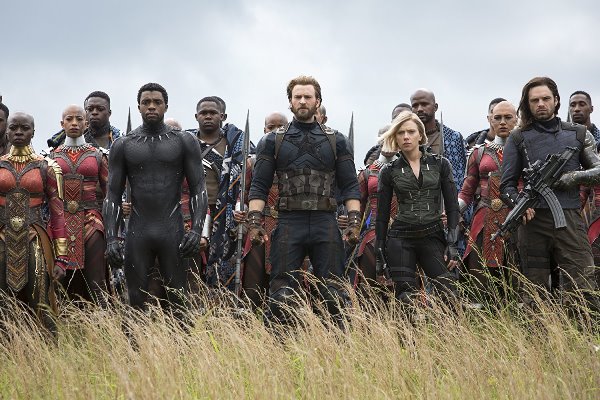 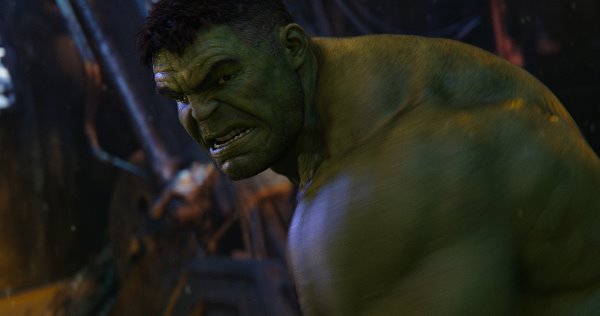 The audience gets to watch all their favourites playing a pivotal role in this epic saga. Not for a second do you feel a character has been ignored or has gotten less screen time than it deserved. The directors and the writers have surely achieved this incredible feat of building an engaging narrative that keeps the audience wanting for more.

Although Avengers: Infinity War is not the final chapter of this epic saga, it surely brings us closer to the end. The movie delivers in every single department, while the end leaves us in tears and craving for more. The summer of 2019 seems like a million years away right now, but when it comes, I am sure audiences will once again flock to the theatres for the finale and the final farewell to a truly remarkable series.