Cake: The tension between those who stayed in Pakistan and those who left for greener pastures 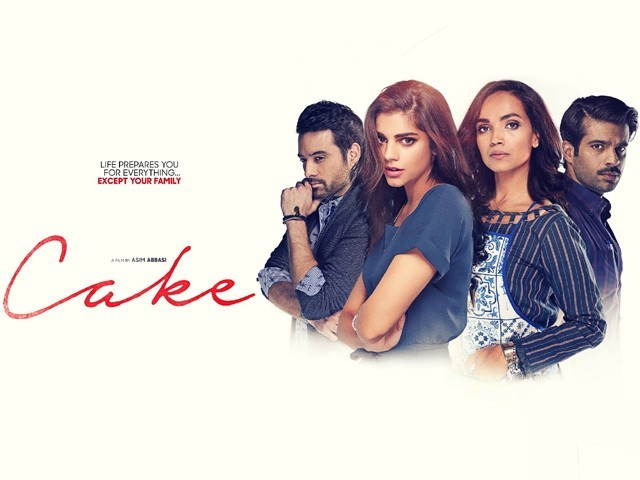 The beauty of Cake was that it does not pass any moral judgement on those who have moved abroad or those who stayed behind. PHOTO: FACEBOOK/CAKE THE FILM OFFICIAL

South Asians are an emotional people. We live and die by theatrics. Our visual and sound mediums are adored by worldwide audiences. Not just that, but we tend to weave emotional juggernauts into our everyday life, regardless of the situation.

Given our emotional tendencies, more often than not, our cinema capitalises on tugging at our heart strings in order to make a hit movie. Such was also the case with the recent movie Cake. There have been dozens of reviews written about the movie in the local and international press, hence I won’t bore you with one more.

What I do want to focus on is the underlying tension in the movie – one that exists between those who are still in Pakistan and those that have left for greener pastures. This tension was not mere fiction – it exists in almost every household in Pakistan, hence the movie resonated so strongly with audiences. I spent the better part of last year in Pakistan and found aging parents dealing with the day-to-day minutiae of everyday life in Pakistan, while their kids lived abroad in a bid to become part of the global elite.

Cake revolved around a trio of siblings, two of whom had left Pakistan. One of them, Zara (played by Sanam Saeed), though, seemed to have been almost pushed out of Pakistan. She seemed to have a close circle of friends that she gave up in order to move abroad. As is mostly the case, she found a job after her studies in London and made it her home instead of coming back to Pakistan.

While the circumstances of Zara’s departure were a bit extreme, the departure itself wasn’t too far-fetched. In Pakistan, I noticed that many times it was the parents who encouraged their kids to seek their fortune outside Pakistan. Parents always want the best for their children. They want their kids to live in a nice, clean-cut environment where the rule of law is followed and their kids can afford the best for themselves. Yet, they themselves don’t make the effort of moving abroad to be with their kids. Eventually, the kids get married and get involved in their own lives.

Then there was the son of the family in Cake, Zain (played by Faris Khalid). Zain is a mid-career professional, living with his wife and son in New York. His relationship with his parents has devolved into intercontinental phone calls and work takes precedence for him. Zain is the perfect amalgamation of Pakistani professionals settled in and around American metropolitan cities. These Pakistanis pursue their careers away from home and become part of the capitalist rat race. While some of them are comfortable with the fact that they don’t live close to their parents, others are guilt ridden and homesick but not willing to give up their lives in the West. Zain is also caught somewhere in between his work, his family commitments and his guilt over not being closer to his parents.

Very much like Cake, I found many families in Pakistan that had been reduced to only parents and servants. In many cases, the parents themselves were taking care of their own parents (who had become too old to travel). Just like in the movie, the servants had taken significant responsibility in keeping the household running in terms of getting groceries, running errands, submitting utility bills and cooking meals.

God forbid, if the parents had a child still living with them, like Aamina Sheikh’s character in the movie, Zareen. The entire burden of running the fiscal function of the house falls on that child. Not just that, when the overseas children call to talk to the family, the parents are joyous and smiling. Yet the child at home has to put up with their increasingly cranky, old-age behaviour. Also, the resident child had to be the one to drive around the parents, deal with pesky relatives, manage unreliable servants and contend with difficult landlords and tenants.

Unfortunately, just like Zareen in the movie, resentment starts building up against the siblings that have left. Cake very poignantly shows that Zareen also did have the choice to leave, but chooses not to. And just like Zareen, I found that the reason for staying behind for parents came from an innate sense of responsibility. To note here is that the parents never stop Zareen from following her dreams. Zareen chooses to stay back and resents her surroundings and siblings.

Over the past few years, there has been a significant increase in foreign immigration to Canada and Australia. Some of it has to do with flexible immigration policy but a lot of it can be attributed to the worsening law and order condition in Pakistan. These immigrants can hardly be faulted for moving to a country where their families can be safe from everyday violence.

Interestingly, for a lot of them, it is also an escape from the responsibilities that society expects of them. How much easier it is to live and breathe in your own space and having to deal with the in-laws for only a few weeks a year. I found that for immigrants, it was onwards and upwards to a new place, new struggles and hopefully, better rewards.

For some, immigration might not be possible due to monetary or social concerns. For others, immigration might be the answer to expand their fortune. I found Pakistan to be largely habitable albeit with the daily nuisances of load-shedding, price hikes and water shortages that gnaw away at the quality of life. To stay back in Pakistan, for whatever reason, requires a generous heart and the belief that this life is temporary.

On the flip side, to leave Pakistan is no sin and if the opportunity presents itself, it should be availed of. The movie ended on the unfair note (*spoiler alert*) where Zain decides to stay back with his aging father while his family goes back to New York.

Esteemed authors such as Bapsi Sidhwa, Kamila Shamsie and Mohsin Hamid have all touched on these themes in their works. The concept of immigration isn’t new. Since the dawn of time, people have moved geographically in search of prosperity. The time we live in today is no different. As Pakistanis or as citizens from developing countries in general, perhaps we feel more of an impact due to living in a social media connected world, where we see those who have moved abroad living glamorous lives while those in Pakistan continue to suffer.