Pixie Palace was her jail, and she was carrying a new prisoner 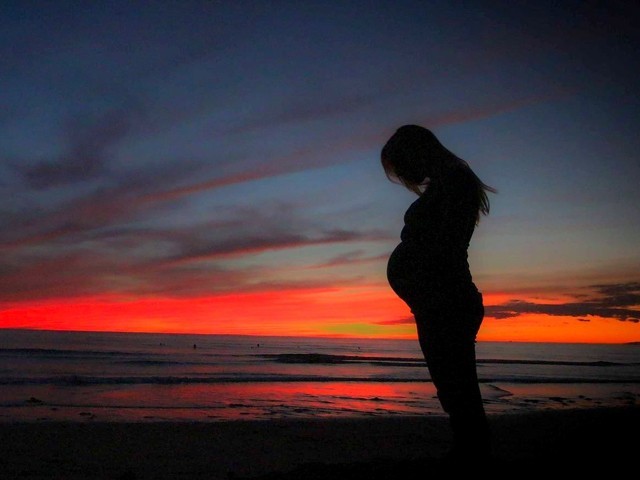 She walked only in the shadows, where the only being aware of her existence was the one resting inside her. PHOTO: PIXABAY

The white tombs that encircled the humble city of Kalazar were silent. Every single inhabitant was quiet. The leaves on the wych elms resisted the wind. And under the blue sky, a sparsely dressed ‘pixie’ wandered.

She had been wandering for a long, long time; as long as her sane memory stretched. Unbeknownst to her, a little heart beat inside her womb, calling for attention. It was a faint, unwanted beat.

The superior would have had her publicly shamed for renouncing the blessed beat. But how could they know? They had never wandered the white tombs, had never traded honour for bread and butter, picked guests’ pockets for extra tips, or redone drugstore makeup 50 times in a day.

The pixies were not to be understood.

They were to be paid, to be gratified, and afterwards, shunned.

Hence, she walked only in the shadows, where the only being aware of her existence was the one resting inside her. No superior should know. No noise should be made. She repeated the words like a mantra over and over again in her head. Only when words are repeated very often do they take effect.

The tomb of her concern lay at the very end of the entire stretch.

Two words were engraved on its stone. She blew the dust off them.

Every time she visited, the falsehood of the name on the tombstone screamed at her. So much for being a pixie; they failed to carve even the right name on her eternal bed. The whole scene had an air of grotesque disapproval, which hung in the air the entire time the pixie remained on the streets, and dissipated only when she got back to the palace in the innermost streets of Kalazar.

“Where in heaven’s name have you been, jaana? Most of your mehmaan (guests) left after they got tired of waiting. You cost us more than Rs40,000. And you won’t have any regrets, because you never are grateful.”

“I think one mehmaan is still here though. So stop climbing the stairs like you’re a raees’s (nobleman’s) daughter trapped in this palace, come back down, and entertain him.”

The pixie stared at her bottle of liquid, hoping to con herself into thinking her drugstore decorations were expensive, real makeup. It would need to be wiped off by alcohol, or with something like nail polish remover. She held that afterthought, putting a bottle of alcohol into her respective room before going downstairs to meet her guest.

As it was, it was just the guest and her, sitting together in the exaggeratedly decorated room.

It looked like it might pour outside, but she was sure it wouldn’t. She loved the rain. But it never came on guest days.

She didn’t feel awkward entertaining the superior, although they weren’t acquainted. It was an incorporation of habit. The pixies were always comfortable with superiors when they were guests, but never when they weren’t.

When she woke up with the break of early dawn, the bottle of alcohol was the first item she noticed in the room. Grabbing all her necessary belongings and the crisp rupee notes from the bedside table, she ascended the stairs to the roof of the palace. The roof, in her opinion, was the grandest corner in the entire building. There were no people, no words, and no judgments.

But there was one shortcoming. Any superior passing the street below could glance up at any time, coincidentally or not, and notice the pixie standing above; this brought insults, innuendos, or indignant disapproval, depending on what the superior was feeling at the moment.

But this did not happen today. No one roamed those streets at dawn.

The cool breeze fanned her hair as she stood in the open environment. The roof was the only place she could breathe.

She strolled across the wide tiled floor and pretended she was one of them, not a resident of the palace. And as she ran her hand over the accidental bruises on her stomach from her recent guest, she felt it.

And she recognised it at once. She remembered the beats from when Gohar Begum had had an accident, and she was the one Gohar Begum called for confirmation. The Begum had looked frightened when she had felt those beats, but she didn’t. She felt nothing, except the kind of hope you feel when you experience an ecstatic dream.

The urgency of the situation, and the probable beating she would receive from her employers for her recklessness, didn’t strike her as yet. She only held the image of a tiny, soft-skinned soul, with little hands and fingers, born pure and born free.

She had spent the highs and lows of her entire existence in the palace, swimming deep in her own deceptions, whitewashing here and coating there until her countenance finally looked like it was worth a dozen notes of money from the superiors who graced her with visits.

And her successor would still live in the palace, call herself a pixie, entertain rows of guests, and then be trodden underneath the feet of the superiors. The pixie was the palace, and the palace was the pixie. They were tied together forever.

But she still dreamed.

She still chanted every night.

We were the first that ever burst

Into that silent sea.

The author is an A level student. She wastes time, studies, watches TV shows, and writes, in that order.

Her love wasn’t moulded by class, but they were right…

Nusrat and her dupatta

Yousafzai’s children weren’t children at all