You reap what you sow: The irony of advocating #deleteFacebook on Facebook itself 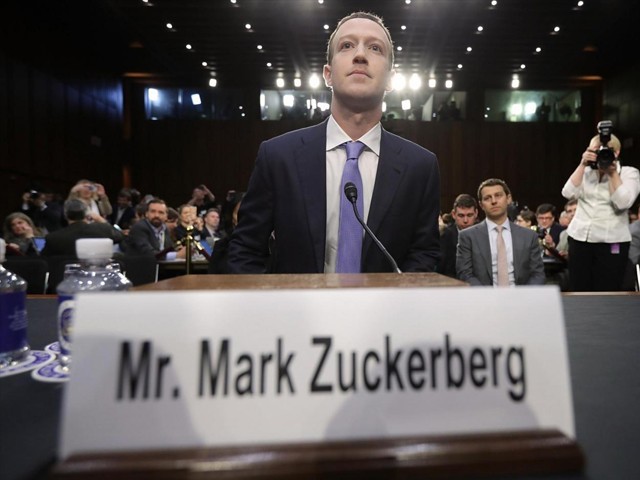 Many years ago, I read an interview by then Google CEO, Eric Schmidt. The question posed to him was about what Google was doing to protect the privacy of its users. Unlike other executives who go off on philosophical tangents when talking about customer privacy, Schmidt said:

“If you have something that you don’t want anyone to know, maybe you shouldn’t be doing it in the first place.”

In the wake of the data scandal at Facebook, this maxim holds as true today as it did when social media was born.

The likes of Facebook, Google and Amazon have become part of our daily lives. We willingly allow them to access the content on our phones in a bid to post the latest, greatest and funniest. Seldom do we question the need for an app to access our information. And this is where the line between consumer privacy and blatant sharing lies.

This past week, the CEO of Facebook, Mark Zuckerberg, has been in Washington, DC answering to US Senators on his company’s behaviour regarding user data privacy. The allegation Facebook is battling is that it allowed for the sharing of its user data with third-party app developers. In turn, this data was used by the political analytics firm, Cambridge Analytica, to influence the outcome of the American elections in 2016 – overseeing the ascent of Donald Trump to the highest office in the world.

Let’s take a few steps back and review the timeline of what led Zuckerberg to face this Congressional grilling.

At the turn of the decade, Facebook opened up its platform to third-party developers. One such developer, Aleksandr Kogan, developed an app called ‘This is your digital life’, which prompted users to submit answers to a series of questions, allowing the app to build their psychological profiles. Even though Facebook later updated its rules to limit the questions users could be asked, it did not apply this policy retroactively, which meant that ‘This is your digital life’ got to keep its data.

This data included access to a user’s name, gender, location, birthday, education, political preferences, relationship status and religious views, among other details. Facebook later admitted they had also allowed app developers to access users’ private messages as well. What’s more is that if accepted, app developers would also have access to the data of the users’ friends as well.

Invariably, this data and the resulting psychological profiles were used during the 2016 American election, where campaigns invested heavily in Facebook to target potential voters. As we know now, this was done by Cambridge Analytica, which had bought the data from Kogan. In the past few months, several exposés were printed in major papers, including The New York Times, about the extent of Cambridge Analytica’ involvement. There was even a video that surfaced, where the firm’s CEO can be seen taking credit for a negative slogan against Hillary Clinton during Trump’s campaign.

According to the numbers, Cambridge Analytica was able to harvest data from 300,000 direct users, and the number went up to 50 million when factoring in friends of users. Now, Facebook is admitting to the data of as little as 87 million users. This is despite Facebook shifting around its policies to limit such apps on its platforms. From the looks of it, this may just be the tip of the iceberg.

For example, Facebook is inundated with apps like ‘How you would look like in different eras’, ‘Which movie star do you look like’, ‘How would you look like on a magazine cover’, and so on. All of these apps require access to our picture galleries and our preferences. Then there is the fact that Facebook has the spooky ability to be able to tag our friends accurately, or show us ultra-relevant ads tailored to our preferences, even when we haven’t looked those items up.

Taken holistically, Facebook has not done anything illegal or unethical. They have a business model based on social media and they exercised it. Cambridge Analytica was just smart enough to manipulate that data into voter profiles and successfully manipulate election results.

The fact Trump got elected is simply the result of democracy at work. Clinton had as much opportunity to utilise the data as Trump’s campaign did. And credit should be given where it is due; considering the amount of inopportune tweeting Trump does, the least he could be good at is at utilising social media.

Secondly, the data was collected by an app with the permission of the users. It’s not like they hacked Facebook. In fact, the data was handed over wilfully by the users. Then, the founder of the app, Kogan, shared the data with Cambridge Analytica, who paid him for his work. They were able to utilise their analytical prowess to combine the data from Kogan’s app with their own research, to build digital marketing campaigns that tracked and pushed their messaging to susceptible voters in regions that the campaign of the opposition chose to ignore.

The shady angle in this story is two pronged.

The first is the allegation that third-party apps collected Facebook data from users’ friends without explicit permission. Time and again, Facebook has limited third-party app access to such data. It also let the user know this might be happening, through tedious documentation nobody chooses to read through.

The second is campaign finance laws. American election campaign laws are very tough, so as to give an even advantage to all competing candidates. As such, hiring a foreign consulting firm which may have been using dubious data and may also have hired Russian trolls and marketing firms to target voters does not sound appetising.

This scandal has ultimately given birth to the #deletefacebook movement. It just goes to show how much we, as a species, have become dependent on Facebook, while the most active venue for this demonstration is Facebook itself.

At the end of the day, Facebook will get a slap on the wrist which would require it to be more transparent with its users. Cambridge Analytica will get away with it all, because frankly, it hasn’t done anything illegal. In fact, this will all amount to a waste of valuable time for the actors as well as the spectators. If all this uproar leads us anywhere, it is to the lesson that from now on, we all need to start taking caution in accepting any prompts from third-party vendors.