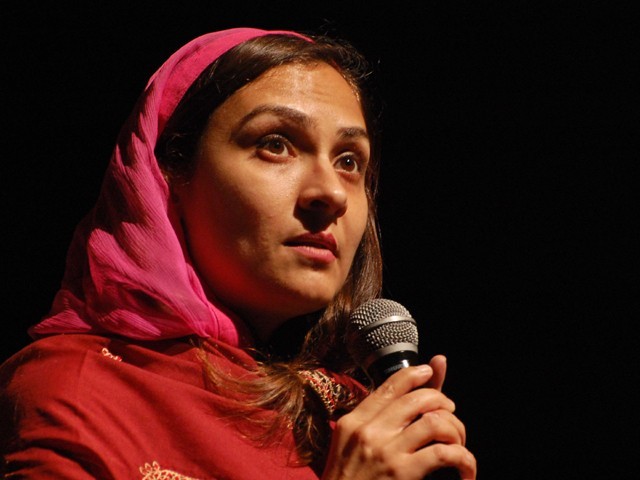 Here’s to Marvi Memon, whose exit from the parliament is true to her own style of politics. PHOTO: MUHAMMAD JAVED

I won’t lie – I’ve often made fun of Marvi Memon’s overzealous emotional style, her long winded breathless sentences without full stops and the almost audible exclamation mark at the end of her sound bytes.

At times, I have used her high pitched quotes to add a bit of life to an otherwise dull TV report. More often than not, when I have seen her protesting on the streets I have wondered why a parliamentarian who claims to care so much for the masses, would associate herself with a party whose manifesto seems to focus on regaining power.

On Wednesday, as the Pakistan Muslim League-Quaid (PML-Q), a fresh part of the coalition government, voted in favour of the budget, Memon broke free of the party whose politics seemed to constantly collide with her principles.

Rendering her resignation from PML-Q and subsequently the National Assembly, Memon said that she wants to impress upon the people that they do not have to accept a government that robs them daily. A great sentiment, but we have yet to see what alternates she presents before the masses.

There have always been doubts about Memon’s politics, but I for one, have never denied that this young former parliamentarian is a go-getter.

Her statements might have been more emotional than logical (her support for former president General Pervez Musharraf has at times bordered on disturbing) and her protests will always have a political point scoring tag, but at least, Memon has never stopped at delivering criticism.

Be it floods, extremism or the country’s failing economy, this London School of Economics (LSE) graduate has always come forth with a plan – a good or bad, it has been a plan nonetheless and that solution oriented approach is something that sets her apart.

Her charisma as a leader was apparent in PML-Q’s Gilgit-Batistan (GB) campaign. Her connection with the people can be seen in any of the sit-ins and protests she has ever been a part of. For someone who resigned before completing her first term as a parliamentarian, Memon sure has a following.

Considering her track record, it isn’t likely that she would take a step this big without a proper plan. So while she denies plans to join any other political party and vows to continue her struggle for the people via the judiciary, on the roads and through other means, one can’t help but wonder if there is any truth in the rumours about her possible attachment to the Pakistan Tehreek-i-Insaf (PTI).

Afterall, her slogan for ‘haq’ seems to be in line with PTI’s call for justice.

Whether she joins Imran Khan or decides to play it solo, I’m looking forward to Marvi’s new beginning.

So here’s to Memon, whose exit from the parliament is true to her own style of politics – gutsy and good willed, a little impractical maybe but in the dirty arena of Pakistan’s politics I would gladly take the bold, sincere gesture as a great precedent and hope that more parliamentarians would opt out of voting in favour of policies that serve the rulers instead of the people.