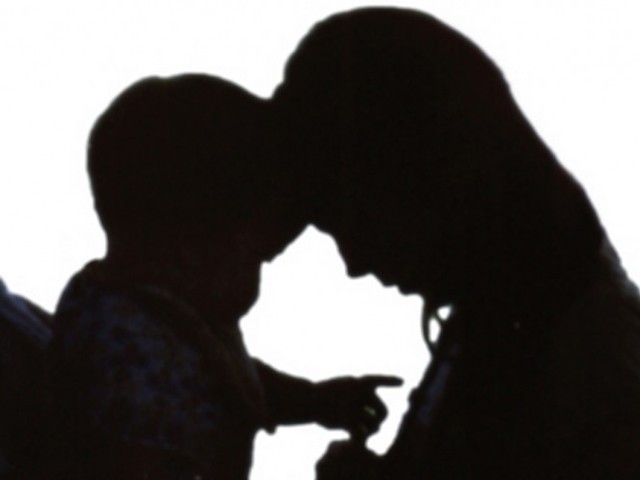 He is the reason why my son can’t look in the mirror today. PHOTO: SHUTTERSHOCK

Mathieu knew a country without a capital is no country. He knew my capital was my son, that the happiness in his eyes was why I was alive. He knew what being stabbed in the chest felt like. He had felt it after all. If he still sought to do this to me and his own blood, then fine.

Time weighs me down. Will power has reduced to nothingness.

I don’t remember the exact moment I realised Mathieu was the one behind this torture. I suppose I must have been so deep in anger and rage that time must have ceased to mean anything for me. Every time I try to put my finger on that exact moment, everything keeps coming back to me – all my mistakes. I consider myself responsible for the way my son lives today. I am to be blamed for his loss, for the shattering of his dreams, for his condition.

Like the world says, I do not deserve to be a mother.

The world’s drones are here to find me, its ties to bind me and its searchlights to blind me. I might as well give up. If it hadn’t been for my teenage carelessness, I wouldn’t have fallen in love with Mathieu anyway. How could I have forgotten my father’s words?

“Modesty is everything that a woman possesses, my daughter.”

But then again, I had not done anything that was inappropriate for a woman to do, right? Had my own mother not met my father many times before they got married? These questions haunt me day and night, following me like a shadow, leaving me in a state of utter confusion and agony. The day it all happened keeps coming back to me.

“What is it?” I ask hurriedly, covering my face with a burqah.

“Naikbakht, try to understand why I have called you here. Do not pretend that you do not…”

“I do not have much time, Mathieu. Arif will come home soon and I cannot afford to leave my son alone with him.”

“This is nothing but cruelty, Naikbakht. He is my son after all, is he not?” asks Mathieu, reaching for my hand.

“Do not forget that when you handed him over to me, you gave up all your responsibilities towards him.” I say coldly, snatching my hand away.

“He doesn’t know anything about you.” I answer, averting my gaze.

“You haven’t told him the truth then? Surely, he must ask who his father his.”

“Why should he? He has known that Arif is his father since he learnt to speak, why should he miss you?”

“And you? Don’t you miss me? And don’t say you don’t because I know you do,” he asks softly.

“You need to know that it is possible for a person to miss someone but not want to be with them again, Mathieu.”

“You are my life, Naikbakht.”

“You should have thought so the day your clothes started smelling of another woman’s scent. Men like you do not deserve to be loved.”

“It was a mistake, and it won’t happen again. Listen, you can still come back to me. You and I can be together again, Naikbakht. I promise to…”

“You and I are done here, I think. You may meet your son the day I die.”

I often ask myself why I left without telling him everything I had decided to. Maybe it was the pain in his eyes. No matter how much I tried, I could not give him any more reason to punish himself. Maybe that’s why I failed to tell him that Arif had only served me as a husband; he had failed to be a father. I wish I would have told him that day that I still had the bangles he gave me when we met, that I still loved him, that his son needed a father.

Mathieu must know how I returned that night to see my son bleeding to death, right? Does he know how much it hurts to reach home and see your son trying to get pieces of broken glass out of his eyes? To stand there being able to do nothing? And most of all, to live with the same man who threw your son into this pit of eternal darkness? Does he realise how hard it is to sit by your son’s bed every night, watching him writhe and scream in pain? And even if he doesn’t, he will one day. I swear to God that if for nothing else, I will make him pay for being the reason why my son is blind today.