Diplomatic immunity: How to get away with murder in Pakistan 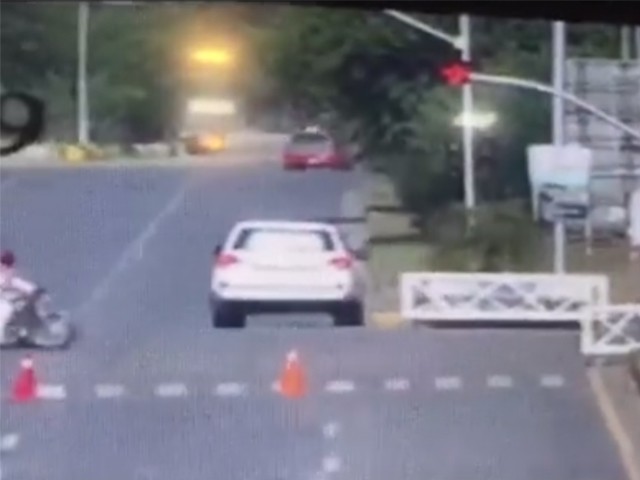 Colonel Hall was driving under the influence and sped through a red light, which led to the unfortunate accident. PHOTO: SCREENSHOT

This weekend, the country suffered yet another blow in its already shaky relationship with the United States of America. Colonel Joseph Emanuel Hall, a diplomat serving at the American Embassy as the defence and air attaché, ran a red light and hit a young Pakistani man on a motorcycle, killing him.

Before any official reaction could occur, the CCTV footage of a speeding Land Cruiser striking a biker started making rounds on all social and digital platforms. It also came to light that the driver was apprehended by the local police, but had to be let go due to his diplomatic immunity.

Diplomatic immunity is a legal cover for diplomats serving overseas under the Vienna Convention of 1961. Not just Vienna, historical tomes show foreign messengers and diplomats have always enjoyed reciprocal immunity while fulfilling their duties. Thus, Colonel Hall falls within this immunity.

What irked Pakistanis, however, was the notion that their country was being taken for a ride.

Apparently, Colonel Hall was driving under the influence and sped through a red light, which led to the unfortunate accident. This has distinct echoes of the Raymond Davis affair, which had American CIA agents chasing alleged robbers and disrespecting traffic laws, leading to the deaths of two Pakistani men. Even then, the Americans had pushed for diplomatic immunity. Mr Davis was actually a contractor and not an actual diplomat, and the Pakistani government had stood firm on this technicality, refusing to allow him any diplomatic cover.

A few days into the event, things remain uneasy. The family of the deceased is demanding justice. Colonel Hall remains inside the American embassy (unless he has been secretly whisked out of the country). The Pakistani government has its hands tied behind its back, since the Americans are justified in claiming immunity. The most Pakistan has done thus far is summon the American Ambassador and express official displeasure. The local police have gone one step further, asking for a travel ban on American diplomats while the incident is being further investigated.

For what it matters, this is a black and white case. First off, the CCTV footage is there for all to see. It is not a very flattering video, and there is no denying the transgressions that incurred. Why Colonel Hall was driving by himself and did not have a driver is mind-boggling. This whole incident could have been avoided simply by having an official escort or a driver for his car, at the very least. Secondly, Colonel Hall was eligible for diplomatic immunity and he availed it. And that is it.

For the conspiracy mongering armchair analysts, the matter goes deeper. For better or worse, particularly since 9/11, the Pakistani nation has been vilified in the global media. For many of us who yearn for the country from afar, as well as for those that continue to live here, the depiction of Pakistan in the media has been less than savoury. Many movies unceremoniously show Pakistan as a backwater of Afghanistan. Some books assume that Pakistan is a lawless Arabian desert, and the Americans are the Lawrence sent here to tame it. This is why such an open and shut case has brought out the ire of the entire nation.

The Pakistani protestors out in the street are not just demanding justice for the deceased. They are also expressing discontent over how the country is treated by the Americans. In their minds, officials posted in the country act as if they are above the law. Yes, they have diplomatic immunity. Yet that does not give them the right to behave as they please without any respect for the local law or consideration for the citizens.

Every year, over 10,000 people die in drunk-driving accidents on American roads. As such, laws pertaining to driving while drunk are very strict in the US, and can lead to suspension of the driving license, heavy fines, and even jail time. Also, American traffic laws are very strict, with motorists penalised not just for breaking traffic signals but also for crossing stop signs without fully stopping.

Yet American diplomats feel at liberty to engage in drunken driving on Pakistani roads. Not just that, even when they are caught red-handed, with their misdeeds caught on camera, they are still let go under lofty laws such as diplomatic immunity.

The Diplomatic Enclave in Islamabad is a venerable fortress, the entrance to which is heavily guarded. It houses all the First World embassies, and is near impossible to enter. Even when going for visa interviews or passport submissions, people have to board a special bus far from the entrance, and ride it to the embassy of their choice. As such, the common Pakistani already has pent up ill will towards foreign diplomats, and this negativity is what is driving the vehement street protests now as well.

The solution and prevention of this crisis is the same as that of all other problems that ail Pakistan – strong leadership and sustained democracy. As these two pillars seep into society, the fabric of the nation will get stronger and allow it to command respect. Here’s hoping the upcoming election will bring forth sound leadership and good fortune for the country.