Pakistani dramas are romanticising rape and brothels but saying the word “talaaq” is the real problem? 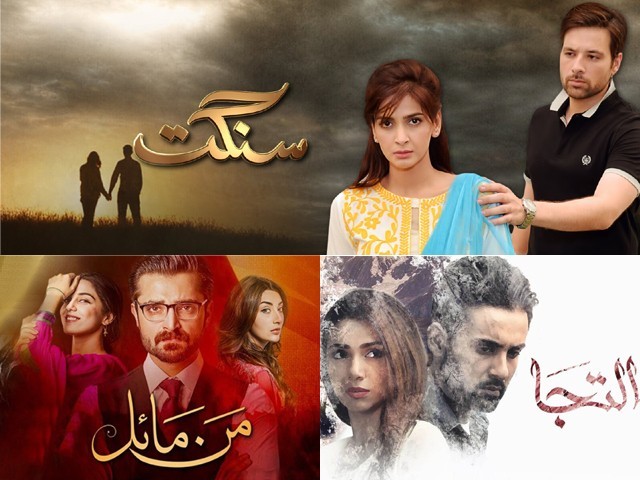 They not only promote regressive ideologies but encourage inappropriate morals.

Since our movie industry is still in its revival stage, Pakistani dramas have been at the core of our entertainment business. Whether they are our classics like Ankahi and Tanhaiyaan, which to date are fondly remembered, or the dramas loved by the masses in recent years, such as Humsafar and Yaqeen Ka Safar.

However, as much as we love our dramas, there are plenty of subgenres that cause sheer cringe moments when viewed on national television.

Recently, Malik Taimoor, a Pakistan Tehreek-e-Insaf (PTI) MPA from Rawalpindi, submitted a resolution to the Punjab Assembly. He believes the word ‘talaaq’ (divorce) is being used in the Pakistani television dramas a lot and is creating a negative impact in the society. He termed this as undesirable in Islam and therefore urged the Pakistan Electronic Media Regulatory Authority (PEMRA) to ban the airing of the word on TV screens across the country.

It is evident the word ‘talaaq’ is definitely loosely tossed about in dramas and does have negative connotations which impact the society. A particular drama, Dil Hai Chota Sa, written by Bushra Ansari and starring Tooba Siddiqui, Faysal Qureshi and Mikaal Zulfiqar, was centralised around the topic of divorce. However, rather than portraying the topic as a simple matter, the drama highlighted the seriousness and severe consequences of an individual impulsively using the word ‘talaaq’. Pertaining to religious values and culture, it becomes necessary for drama producers  to keep in mind the repercussions of showing something as sensitive as ‘talaaq’. Throwing this term left, right and centre desensitises an individual, who may disregard the value of the term and do the same.

But is the overuse of this word the most problematic thing in Pakistani dramas?

While it is important to address this issue, there are other themes in Pakistani dramas that need our immediate attention. Sadly, they not only promote regressive ideologies but encourage inappropriate morals.

There is no such thing as ‘romanticism’ when it comes to rape. It is the foulest act a human can commit. Yet, dramas in the past, such as Sangat, have had the tendency to sensationalise and mitigate the crime by portraying the character of the rapist as a ‘decent’ human being who just happened to ‘slip’ and commit sexual assault.

How is this serious issue of giving a rapist the stance of a ‘hero’ not condemned by our government? Given the rise in cases of rape and harassment in recent times in Pakistan, it is absolutely essential for the government to take note of the kind of content the dramas are producing. It needs to draw a line between telling an inspiring story and commercialising a crime.

Stockholm syndrome exists for a reason. Empathising with your rapist is not normal and should be shown just as that.

Till the government takes action against such absurd ideologies our society will be conditioned to think that rape can be validated as a ‘mistake’ rather than a vile crime.

Worldwide, awareness for disabilities are ardently acknowledged and spoken about, while goal-oriented solutions are made to include such individuals within society. Unfortunately, Pakistan is still a nation lagging behind in doing so and the unsuccessful effort made by the drama Iltija to create awareness about Down syndrome failed miserably. 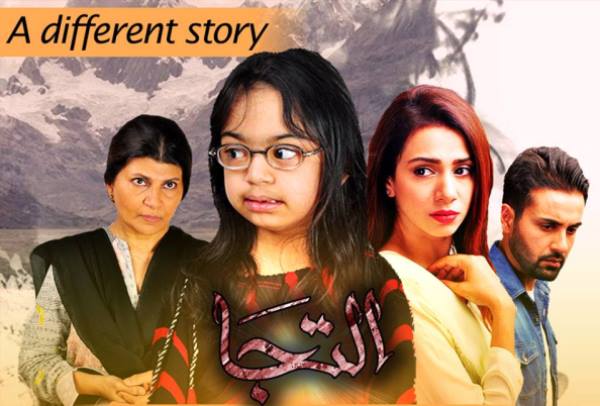 Instead of sending a constructive message to audiences about how parents are meant to raise children with special needs and cope with the challenges which arise, Iltija focused on dramatising the separation of the parents. The drama created scenarios where the mother of the child, Tooba Siddiqui, was repeatedly abandoning her child to muddle through her own ‘suffering’. What truly led the drama to the pits of ignorance was the showcasing of unacceptable communication methods and behaviour with children with special needs, which was repeatedly portrayed by the supporting characters of the plot.

If the government is concerned of how the media influences society, then dramas such as Iltija should be shut down. In a country like Pakistan which is already alienating people with disabilities, the portrayal of such individuals as the ‘cause’ of problems is further worsening their situation in the society.

Unfortunately, there are multiple areas within Pakistan where brothels are actively operating and young girls and women are forced to lead unfathomably miserable lives, which they have no choice but to submit to.

It is understandable that light needs to be shed on certain controversial and taboo topics; however, there is a thin line between addressing a topic of conflict and glamourising immorality.

Rather than addressing this issue with a progressive stance, the recently aired drama Alif, Allah aur Insaan glamourised the controversial issue.

Such themes of dramas should be strictly monitored by the government. Not only are characters of ‘tawaifein’ moulded to be viewed with ‘awe’ but the ‘normalising’ of brothels conditions society to accept the existence of dancing girls and red light district areas. It is not okay to glorify the harsh realities of brothels.

Kala jadoo and taweez are notions familiar to everyone and are as common as the flu!

Almost every Pakistani drama will have at least one negative character indulging in the act of going to an ‘aamil’ and asking them to perform black magic or requesting for a taweez to conveniently ‘destroy’ a person or family of their choice.

If the word ‘talaaq’ is condemned and made to be banned from our dramas as per Islamic theology, then the concepts of black magic and taweez too should be banned.

Another popular element that can be pointed out in our contemporary dramas are the unnecessary villains who majority of the time are women. Whether it be a monstrously controlling saas (mother-in-law), a power-hungry nand (sister-in-law) or famously, a bahu who ambitiously dedicates her life to destroy an entire family, single-handedly. Negative characters do exist within societies and families, therefore they will evidently be a part of plots in dramas as a representation of reality.

However, the over-dramatisation and exaggeration of such characters are not only unrealistic but present women in a negative light – as schemers. I mean, we may all know someone who is a little like ‘Jeena’ from Mann Mayal, but was it really necessary to add excessive ‘mirch masala’ to the character?

Eradicating media messages that have a negative impact on the society cannot solely be based on banning one particular word. If the government is taking a strong stand to ban a particular word from dramas aired on national television, then it is fundamental to also revaluate the content that should be allowed to go on air.