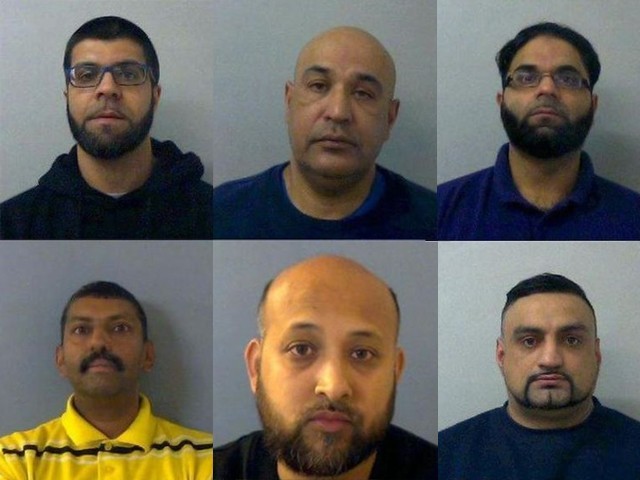 I am sick and tired of what the British Pakistani society has become – I really am. In recent news, it has been reported that the largest British gang of paedophiles, preying on young, vulnerable white girls, is of Pakistani descent.

There is no need to sugar coat the fact that we clearly have an issue with women in our society. Telford, where this particular gang operated, was a town not too far from my own, in Ironbridge.  Telford was a sleepy town I happened to visit in 1999, as part of a school trip, of which I have many fond memories.

Fast forward 20 years, the town has now become associated with gang rape, paedophilia, forced prostitution and rampant abuse. Since the 80s, over a 1,000 children may have been victims of abuse. Girls as young as 11 were tied up, beaten and raped; with some men paying up to £2,000, depending upon the age of the victim – The younger the victim, the higher the price.

There is absolutely no way one can defend the actions of these despicable men, or even allege that only a small portion was involved in such abhorrent acts. Over the years, statistics show that 84% of those convicted from grooming gangs for sexual crimes were Asian men, mostly of Pakistani heritage.

Far right groups such as the British National party (BNP) and the English Defence League (EDL) have raised the issue of grooming gangs operating in major towns for years, but no one really paid attention. It is only recently, after detailed investigations were called for, that this is being acknowledged as an immensely serious issue.

As Pakistanis, we have to ask ourselves about the overall stamp of shame we have left behind in a country that has been gracious and welcoming to us from the start. We need to rid ourselves of this ‘colonial revenge’ mindset, which sees white women as an easy means to perhaps seek revenge for the misdemeanours of their ancestors.

For years, I have been defending the Pakistani community against repressive hatred and racist prejudice, but when such instances keep occurring, it becomes impossible to continue this defence. We have to address the elephant in the room and question: do all Pakistani men hate women, even after they leave the country? After all, they do regard them as their property, for them to do with as they please, while also believing a woman’s place to be solely in the kitchen or the bedroom.

From a young age, we have been socially conditioned to tie a woman’s worth to her marital status and the number of children she bears. Young brown women are still told to make themselves more ‘rishta’ worthy to men, whilst at the same time we make no such demands for our men to reform the odious acts they indulge in.  We tightly guard our women’s virginity and basically require them to stay indoors before marriage – not wanting them to engage in anything that damages their hymen, or get them blacklisted as ‘promiscuous’.  All the while, our men are free to do whatever they want, be it legitimate or otherwise, without fear, denigration or shameful retort. The reason those young, vulnerable white women were let down in this manner is because our men have repeatedly been allowed to get away with this kind of behaviour.

What seems to be the reason behind our men continually committing acts of such depravity? Perhaps it has something to do with the intense sexual frustration they experience whilst living in a conservative community in a hyper-sexualised country. While maintaining propriety and decorum in public, they end up leading disturbing lives in private. Since talking about sex is also a taboo in our communities, they ultimately end up resorting to clandestine, illegal and inhumane ways to fulfil their sexual desires.

We need to realise that whilst the desire to have sex or being sexual is nothing to be ashamed of, exploiting vulnerable young girls – many of whom are from broken homes – is most definitely a shameful and heinous act no one should engage in. If sexual crimes are to be brought down, we need to start with honest and more open communication in our communities about sex.

An investigation is now being demanded, and hopefully something good will come out of it. But this does not absolve the British-Pakistani community from taking responsibility – we are not blameless. We need to start paying more attention to our boys and men, and be more aware of the activities they engage in. On the other hand, we must also get rid of the archaic beliefs where we impose purity, virtue and perfection on our women, while our men go out and ravage the world. The idea that white women are somehow to blame for this, that they are ‘promiscuous’ or in any way ‘asking for it’, must be destroyed permanently. What we need is the spotlight to come off of all women, and be focused on our men.

Yes, rape and child abuse are issues emerging everywhere across the globe. But this issue pertains to a single community, and just because a crime is common, doesn’t mean the community has not normalised problematic behaviour and repeatedly condoned such actions.

I don’t want to hear further about Pakistani grooming gangs. I don’t want to hear about young, white girls being raped by old, perverted men who find it impossible to control their sexual urges. I don’t want the families of these criminals to displace the blame from the men to the white women, just because they are not ready to deal with reality. And more importantly, in these difficult times, I don’t want our entire community – which largely consists of valued professionals – to be besmirched by the actions of these gangs. I don’t want this to become the face that represents us, but unfortunately, until we tackle the root of the problem, it seems like the entire community will have to face the wrath for the actions of a few.