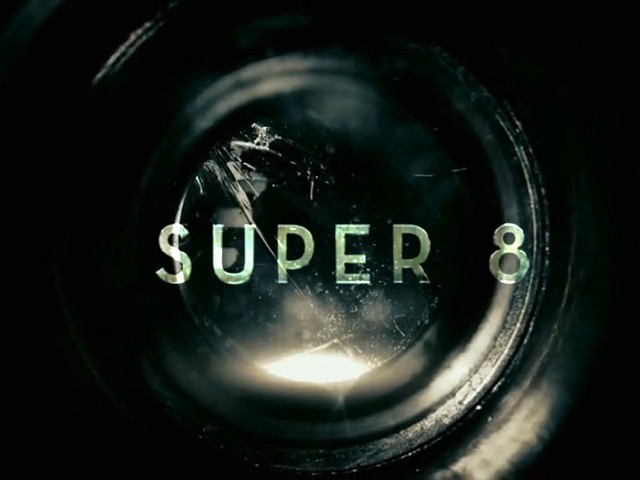 I must confess I’m a major fan of JJ Abrams. His TV-series Lost was almost like a religious experience for me and his next show Fringe almost as good. His versions of Star Trek was very enjoyable and Mission Impossible 3 and Cloverfield were good fun as well. So, I had high hopes for his latest offering, Super 8. News of Steven Spielberg joining the project as producer only helped raise expectations even further andI not disappointed.

Plot (Minor spoilers): The movie is set in Lillian, a fictional small town in Ohio, USA and focuses on the experiences of a group of young teenagers making an amateur zombie-horror movie for a competition.

We’re introduced to Joe Lamb, who does make up for the project, the chubby, control-freak director Charles, Carey, the pyromaniac special-effects guy, Preston who does supporting characters and the project’s detective lead character, Martin. Charles and Joe are close friends and through Charles, we meet the engaging and rebellious Alice Dainard who is brought on to add ‘emotional depth’ to their movie.

The group sneaks out one night to film at a train station where as Alice’s performance is leaving them dumbstruck, suddenly there’s a massive train crash right next to them. As they pick themselves up amongst the wreckage, Joe hears a mysterious banging from one of the containers after which its door flies off. Thereon we spiral into full-on monster movie mode where the town has things going bump-in the-dark, the Air Force swinging in and putting a clamp on whatever they can, people and dogs vanishing, mysterious power outages and general chaos while our group of friends try and come to terms with what they think they saw that night. All of which leads up to the movie’s familiar climax while incrementally adding to the special effects along the way.

Cast: The movie primarily focuses around Joe’s (Joel Courtney) experiences and in particular his interactions with Alice and Charles. Charles (Riley Griffiths) is his best friend and their conversations are spirited and well executed with them managing to make the audience empathise with their fears and problems. In particular one often notices the contrast between Charles’ large, bustling family and the emptiness that is Joe’s house and home.

Alice (played to perfection by Dakota’s younger sister Elle Fanning) is Joe’s eventual love-interest and is the standout performance of the movie. Her nuanced portrayal of complex emotions such as guilt by extended association, headstrong rebelliousness and in particular her acting in their movie-project is simply amazing.

Supporting characters include Joe’s dad, sherriff’s deputy Jackson (Kyle Chandler) who fits well in his role of somebody struggling with the multiple responsibilities of coping with the loss of a loved one, raising a son he barely knows and also trying to somehow handle a town that looks to him in times of chaos and fear. Alice’s dad is an alcoholic single-parent, a relationship further utilised to highlight the many contrasts one finds in communities and how they influence those affected. Noah Emmeric provides the antagonist of the movie as Nelec; the AirForce Colonel with the hidden agenda and dark side.

Visual effects and soundtrack: A Spielberg and Abrams effort has to have great effects and Super 8 is no exception. From the fiery train crash to when all hell breaks loose in the town and things start flying about, the visuals are spot on. A particularly appreciable point was the period-perfect setting with the appropriate cars, fashion, furniture and gadgetry.

The soundtrack, apart from including songs by artists from the time, has a score by Abram’s regular – Academy Award winner Michael Giacchino, who’s past works include just about all of Abrams projects as well as the hugely popular “Medal of Honor” and “Call of Duty” video games.

The composition is perfectly crafted and like the rest of the movie, serves up a reverent attitude to Spielberg movies of the past with string section moments dripping with suspense that wouldn’t be out of place in Jaws or Jurassic Park.

Overall: I found this movie to be a great, engaging effort that entirely lived up to my expectations. JJ Abrams has positioned himself to be a worthy contender for Spielberg’s crown, indeed seemingly endorsed by the man himself, who attached himself as producer for the project.

The acting of the young cast is brilliant and effectively conveys a wide range of emotional subtext throughout the feature. Casting the lead character as makeup artist and not lead/director is also a well-deserved doffing of the hat to the crews that work behind the scenes of movies and get little of the glamour their peers do. The supporting cast also performs well, convincingly portraying the image of a town in panic and fear, trying to cope as well as they can with seemingly out of control events around them.

The only tiny, negligible qualms I had with the movie were how estranged adults in the movie are united in times of chaos and through concern for their children. That seemed a bit cliché and Bollywood-esque even, but there was no other way to do it and it can be thought of as necessary for character development and story enrichment.

Verdict: Quite simply the best sci-fi thriller I have seen in a very long time, easily bringing back memories of Spielberg classics like Jurassic Park and of course, ET. To like this movie you don’t particularly have to be a fan of child-based features, or science fiction or thrillers. You just have to like movies. That’s how good this is and at the end of the day: that’s how good you need to be to be instant-classic material, 9/10.

PS: Stay during the credits to catch the kids’ movie, it’s hilarious!