“Dua karo iss dafa beta ho” – Is being a ‘beti’ really the curse it’s made out to be? 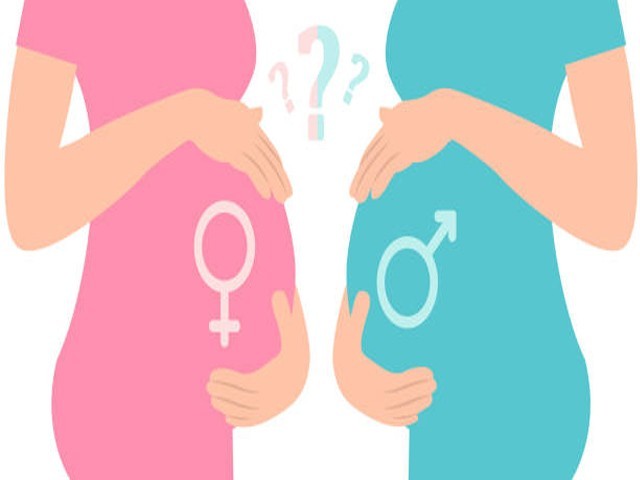 I have heard many parents calling their girls ‘mera beta’ (my son), but never have I heard a boy being called ‘meri beti’ (my daughter). PHOTO: SHUTTERSTOCK

Being the fourth daughter my parents were blessed with, I always used to ask them if they had ever wished I had been born a boy. I spent a lot of time wondering if, after having three girls, they were disappointed to see yet another daughter instead of a son. To my relief, my parents always responded to this question with a resounding ‘no’. Rather, they would get surprised and question me instead on the kind of nonsense that fills up my brain with questions such as these.

It is true that I have never felt loved any less by my parents because I was the fourth girl child. But then why did I ask them such a question in the first place?

I did it, not through any fault on their part, but rather, because I was growing up in a society where I would see heartfelt joy at the prospect of having a baby boy, but a restrained smile at best at the prospect of welcoming a baby girl. I was part of a society where gender predictor tests would decide whether the parents wanted to keep the baby or not, and where I heard the now familiar statement countless times,

I can recall how, every time I was asked how many brothers I have, I would receive a sympathetic expression upon revealing that I have none. People would respond to my revelation with,

(Don’t worry, it must be in your best interest.)

Unwittingly, my mind was adapting to the fallacious belief that not having a brother was a cause for concern. Being a little girl and constantly hearing such remarks in an androcentric society, it was normal for me to come to believe that only boys could bring real joy to a family.

Consequently, I started to believe being a boy to be greater than being a girl. As I could not do anything about the fact that I had been born a girl, I then started calling myself the ‘beta’ (son) my parents never had. I thought I was consoling my parents by telling them things such as,

(I will prove myself by becoming a son to you.)

Society taught me to accept these patriarchal ideas so willingly, I did not even realise that by calling myself a son, I was only setting the bar lower for my own gender. For some ludicrous reason, I thought I was being a man by going out, speaking up, having an opinion and taking part in discussions with the men around me. What I did not know – or rather, what society ensured I did not learn – was that everything I was doing under pretence of being more like a man was in actuality just a fundamental right of my existence. In my naiveté, I kept calling myself the ‘beta’ of the house, as I kept doing completely normal activities under the impression that only boys could do them.

Growing up, I came across the reality of violence against women being endemic in our society. Rape, harassment, acid attacks, domestic violence and women being repressed by and large, all of it started to make me question why a female is deprived of her fundamental rights. It didn’t take me long to come to the realisation that the rules women were forced to live by were all man-made.

Slowly, this conditioning I had grown up with started to wear off. No longer wanting to live a life of suppression, I started opposing the patriarchy as well as I could.

Every morning, I woke up and went to work, just like the men around me. I did the same job, went to the same work pace, and came home at the same time as the men around me. By doing so, I was not comparing myself to them; I was only doing what human beings are supposed to do to provide for themselves. However, after coming back home, it was I who would go to the kitchen to prepare dinner, while the men around me would sit idly on the sofa, one leg over the other, leisurely surfing through the channels on TV.

This is not the only time I came to realise how different women’s lives are as compared to men. Pregnancy was the one thing I had read and heard about, but only when my sister gave birth to her first child did it dawn on me the strength and resilience it takes for a woman to bring a child into this world. Her strength awed me, but it also made me feel ashamed; for we never seem to give enough respect to women for going through what they go through tirelessly and without complaint.

Women all around us are achieving phenomenal things, and yet our society remains stuck on celebrating the arrival of a boy, and mourning the arrival of a girl. I have heard many parents calling their girls ‘mera beta’ (my son), but never have I heard a boy being called ‘meri beti’ (my daughter). This unwittingly lopsided gender talk upsets me. After all, what makes one gender get all the recognition, while the other gets shamed for its very existence?

Why do we continue to perceive girls as a burden; to be wed off as early as possible because she is “kisi aur ki amaanat” (belonging to someone else)? Why is it that as soon as a girl is born, parents start calculating the hit their finances will take, because now they will have to pay for her marriage?

When we think about it, the only real difference between having a son and a daughter is our unfortunate mindset.

Thus, I have stopped calling myself a beta now. The reason isn’t the precedence of one gender over another, but simply because I am not a beta. In fact, and very proudly so, I am a beti. I am a beti, and I wear flowers in my hair, jhumkay in my ears and bangles on my wrists as I go out and fight to reclaim the spot taken from me and from many other betian (daughters) by an unfair system. I am a beti who is striving to fight against the stigma of gender bias, and who shall from now on continue to derive only strength from calling herself a beti.

The author is a public administration graduate and a University of Central Missouri alumna currently working in an OMC. She tweets @WheresYusra (twitter.com/WheresYusra)