Why I chose Imran Khan 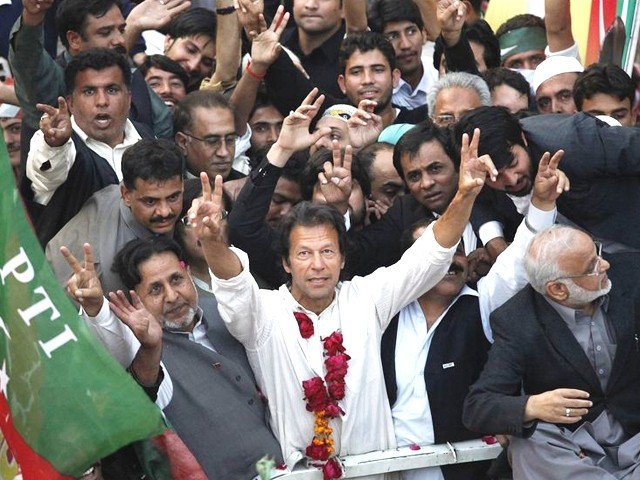 Should we support a man who is a proven leader who genuinely cares for the country and is not corrupt?

Imran Khan is a name that comes up often in political debates among people affiliated with Pakistan. In times of trouble many see him as a ray of hope in a jungle of darkness. Others however, have accused him of playing popular politics, not taking a stance on important issues, and – when I heard this it blew my mind – being a terrorist sympathiser.

Opinions differ (but not evenly) and though Imran Khan has tremendous support from the youth of the country, bashing his politics is also extremely popular in newspapers and the social media. I, as a convinced supporter, will break this trend and speak of the man and his party in good taste.

Firstly, I feel it is important to reintroduce the person in question.

Who is Imran Khan?

Imran Khan is known as one of the greatest cricketers of all time. His bowling and captaincy alone could individually grant him that honour, but put together with his batting as well as guiding the Pakistan cricket team to their only world cup win in 1992, they place him on number eight on ESPN’s list of Legends of Cricket, as well as in the ICC Hall of Fame and in Oxford University’s hall of fame, from where he graduated from, with degrees in Politics, Economics and Philosophy.

After losing his mother to cancer, Imran Khan founded the Shaukat Khanam Memorial Cancer Hospital with the help of donations, to help underprivileged people suffering from the deadly disease.

The hospital, which was told by certain American technocrats that it would not be able to treat more than five per cent of its patients for free, proved all odds wrong, and a decade and a half later, was recognised as a centre of excellence and the only hospital in the world that offers free treatment to 70 per cent of its patients, by the World Health Organisation (WHO).

Khan became chancellor for Bradford University and convinced them to affiliate themselves with a college he was thinking about building in Mianwali. Namal College, offers Bradford University degrees at a co-educational school, just 40 miles from where drone strikes occur.

None of these accomplishments would have been possible without the generous donations of the people of course. The fact that he raised six million dollars in a matter of months through donations for the victims of last year’s floods, shows how much the people of Pakistan trust the man and his willingness to help.

Why not Imran Khan?

So when a proven leader, who is not corrupt, forms a party focusing on the lack of justice in Pakistan, do I support him?

The easy answer is ‘yes,’ and this easy answer has become even easier given the current situation of the country. All other major political parties are directionless, corrupt, opportunists and tested. Compared to criticisms of the PMLs, MQMs and PPPs, Tehreek-e-Insaf is almost angelic – but it is criticised nonetheless.

PTI was criticised for supporting Pervez Musharraf during the referendum but later denouncing him. I was very surprised to see people had a problem with that. To me the party did what most people did. Musharraf’s 14-point agenda was brilliant and he had my vote in the referendum too, but he lost a massive number of fans because of what he did afterwards and it would have been wrong to not denounce him in the circumstances.

After lashing out at the Muttahida Qaumi Movement (MQM) for terror politics, PTI was criticised for agreeing with them on the topic of drone strikes. This is also a strange criticism in my eyes, because I think the general public opinion about drones is very clear and if two parties agree on one thing, it does not change their disagreements.

The major critics of Imran and the PTI however, talk about his solutions to terrorism, foreign policy and stance on other larger issues.

Imran Khan says that in order for terrorism to decrease, Pakistan must exit the war on terror and hence refuse US aid. His critics argue that this is indeed Pakistan’s war and that US aid is necessary. Here again, I agree with the PTI.

My contention is that Pakistan is targeted because it is assisting the United States in the war. As for whether this is our war or not, it definitely is now, but I don’t believe that it can be solved by conflict. Withdrawing from the war would reduce terrorism since we will lose the label of American agents. The tribal areas of Pakistan have a history of never losing wars and aimlessly dropping bombs on random areas from unmanned aircrafts will only result in more civilian deaths and new radicalism.

If the Americans themselves can hold direct talks with the Taliban, why is Imran Khan a sympathiser for doing the same – especially if there is clearly no other solution?

Surely the current strategy has proven to be counter-productive. Many people have no idea about the tribal areas, its people, history or culture. Imran Khan has been there and has even written a travel book on the place, and of course what he predicted eight years ago about this war, all came true. As for the money that would be lost in aid, a proper system of tax collection was proposed by the PTI where it would be made sure that tax evasion was eliminated. Given the status of Pakistan’s tax avoiding elite, I fully believe that even lowering the tax rate can increase your revenue as long as everyone pays their taxes.

Imran’s stance on everything

The final point I will make is one that I feel is very important. Recently no one has been more vocal than the PTI when it comes to opposing drone strikes, but the sit-ins and demonstrations have been termed as anti-American popular politics.

People say that Imran Khan claims to be uncompromising and fears no one, but does not stand up for the defenceless minorities and the radicalisation of society and does not speak on controversial religious issues.

First of all, in my opinion the drone strikes are a violation of international law and (despite some success in eliminating extremists) kill innocent people and increase extremism. This is a huge injustice on the innocent people of the tribal areas and protesting against it is the equivalent to showing concern, which being a citizen of this country, or simply human, you should be able to do – be it a popular stance to take.

Furthermore, Imran Khan does not claim to be anti-American. He says the two countries should have a relationship where both parties are equal, instead of Hilary Clinton coming and giving orders to our politicians.

Moving on to the issue of his stances – I think people are unaware that privately Imran Khan said that if you lose the support of the ‘right-wing’ or the ‘Islamic-class’ in the country, you will never come in power. I concur with this point, as most people would – knowing the society we live in.

Imran Khan does speak on issues regarding religious minorities but not in the same capacity as his drone stance. I recall he sided with Salmaan Taseer on the issue of Aasia Bibi, but again, not in the same amplitude. There is a specific mindset that people have that will not change overnight, but needs time, education and awareness. That is why Imran Khan takes the views that he does on such matters. This does make his critics correct in some sense regarding popular politics, but also proves his other critics wrong, who say he does not compromise.

At the end of the day we all have a responsibility. We can bash a particular person who is trying to help and maybe deflect some votes away from him, or we can applaud him for what he has done for the country so far, create awareness about it, and give suggestions to improve any shortfalls we see to improve his ideas further.

In Imran Khan, we have a social visionary and a legend for the country. His purpose and reason for being in politics is to see a better Pakistan and to ensure justice for all citizens.

We have a choice: support, vote and help Khan, or take our ailing country to the same old doctors that put her in this condition in the first place.

I’ve made my choice, maybe you should too.