How could Gul Bano’s own father ruin her life? 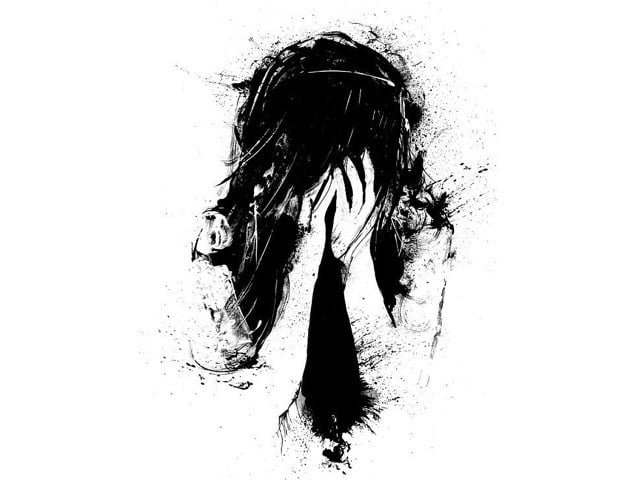 Tears pricked her lids, and her raspy voice echoed through whole house as she cried and screamed for her father. PHOTO: PINTEREST

The day was bright, the sun blazing and a sweet smell of blossom swayed in the air. The village of Charbagh was witnessing the beginning of summer. Gul Bano’s elaborately styled reddish brown hair and her emerald green eyes glinted in the sunlight. She wore a green shalwar kameez that matched her eyes, and a white dupatta enhanced by gold and silver threads, to complete the look.

Father had told her they were going to meet someone important today. She had asked over and over again who this important person was, and why she had to go meet him, but father’s response was dissatisfying. All he said was,

If Gul Bano had more questions, she swallowed them.

They arrived at a house in some corner of Charbagh that Gul Bano had never seen before. She kept wondering why father had brought her to this strange corner of the village. The day was still bright, and the sun’s warmth pricked her skin.

A friendly looking man met them at the door, and showed them into the house. They were led into a room where another man was waiting for them. He looked to be approaching 50. His face was wrinkly, and his hair was more grey than black. And he seemed rich from his appearance and his demeanour.

He rose and shook hands with father, and smiled expansively at Gul Bano. She returned the gesture with a courteous nod, feeling something discomforting about his presence.

“I like your girl, Khattak. I see why Pathans are known to be so beautiful. I’m ready to pay you more than what we agreed on”, he said, smugly.

Gul Bano’s heart began to race frantically. Nothing made any sense to her. Was this a dream? Or was this reality? Her mind was a whirlwind of dark and ghastly thoughts.

“I’m very grateful, Mr Farid. The girl is now yours,” father’s voice was tired and grey.

He stole one last glance at Gul Bano, and slipped out of the house; his eyes revealing a coldness Gul Bano had never seen before.

She called after him, but he never returned. Tears pricked her lids, and her raspy voice echoed throughout the house, as she cried and screamed for her father.

Outside, the bright sunlit day slowly reduced to a deep, shadowy purple. Yanked from her bright and colourful dreams, she realised she wasn’t dreaming.  This was real.

The perfect scarlet sunset had faded, and the sky was dark. The music rang loud throughout Charbagh, and the villagers danced and sang songs in celebration of Meena’s wedding. The girls were clad in vibrant lehngas (flowy long skirts), and the boys in shalwar kameez.

The wedding was magnificent. The villagers weren’t going to forget it easily anytime soon.

Meena was dressed in an exquisite rose-coloured lehnga she had purchased from Lahore. Her light brown hair was styled in a braid, and heavy gold chains dangled from her neck. Her emerald green eyes sparkled, and dimples bloomed in her cheeks as she smiled. Khattak’s little daughter looked more beautiful than she ever had before; everyone else said so too.

Meena had only dreamed of such an extravagant wedding. Never did she think she’d be wed so lavishly. Father had even arranged a dowry for her.

Sometimes, you cannot guess how life will unfold. Sometimes, dreams do come true.

Farid had handsomely rewarded Khattak for Gul Bano; which is how he not only pulled off such a wedding for Meena but also provided for her dowry.

The memory of the day he sold Gul Bano still rankled him. Guilt withered him every day.

But he was a poor man and had three other daughters in tow, whom he had to marry off and provide for. The promise of so much money blinded him, and made him impervious to what he was putting his daughter through.

Khattak raised his tear-streamed face towards the stars, and let his guilt gnaw at him.

“Why are you crying, father?” Meena asked in a thin voice.

Tears spilled down her own cheeks. He didn’t know when she had come.

Khattak took her in an embrace. All memories of Gul Bano came flooding back to him. He missed her. The way she filled the house with her sweet voice when she talked. The way she held his hand on her way to school when she was little. The way she hugged him and thought it would make all her troubles go away.

She was also so eager for Meena’s wedding. She had so many plans for her little sister’s big day. How fiercely he wished she was here today.

He tried to banish all thoughts of Gul Bano, but failed in doing so. How could he? Almost a year ago, he sent her away with Farid. Tonight, Meena was also going to leave him. Sending her away wasn’t easy. But she was now wed, and had to go.

His thoughts were laced with memories of both his daughters. It was a difficult night; it was indeed a difficult night. But deep in his heart, Khattak knew this torment was of his own making.