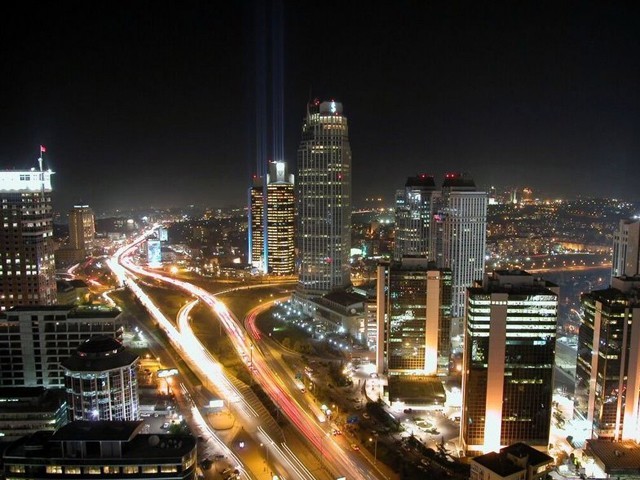 By the end of a week-long trip through Istanbul, Cappadocia and Ankara, we were overwhelmed with the way Turks felt about our country.

“I wish I did not know what I know,” was how Zulkof Ajer had me speechless for a while, after I asked him what he knew about Pakistan.

It was dinner time at the Conrad Hotel in Istanbul on June 4, where we had gathered for a pre-consultation of the International Contact Group (ICG) on Afghanistan. Turkey and Norway hosted this meeting that was followed by a similar consultation among the officials from members of ICG i.e. USA, Japan, Germany, Afghanistan, Turkey, India and Pakistan.

The waiter at the Monet Restaurant, an extremely pleasant personality, was curious about our nationality, and was all of a sudden warm and sweet the moment we revealed it. However, for us, the discussion soon turned sour as he, with a visible tinge of discomfort, spoke of the “bombs and violence and bad economy” that dominate the news from of Pakistan every day.

Our economic conditions were the same ten years ago, he said.

I hope and pray that Pakistan will also survive these terrible times, we will keep praying, Zulkof said before moving on to attend to another guest.

For a while, we struggled to recover from the shock that this friendly Turk had given us.

Not that it was a revelation.

What moved us was the concern that Zulkof’s words carried. One could discern his anxiety about Pakistan, and this is what pinned us down, emotionally.

A day earlier, as we came out of the hotel, one of the foreign ministry officials surprised us by pointing us to the car of another senior official.

“He has requested you to accompany him in the car,” she said before boarding the bus with guests from other countries.

It was a very humbling, though reassuring, experience – a very senior Turkish official wanting to give a ride to a Pakistani delegate – a privilege indeed.

We came across this sentiment all over Istanbul. Most people guess us to be Indians but when told about our real identity, most brighten up with affection.

Two young boys at the Sultanahmet Square, for instance, went out of their way to explain to us the location, and also recount some of the historical facts about the grand area.

Officials at the ministry of foreign affairs in Ankara also view developments in Pakistan with great concern. One of them, Halit Cevak, Under Secretary of state, Ministry of Foreign Affairs, resonated similar feelings for Pakistan. During a cruise through the famous Bosphorous waters, he said:

“For us, the Turks, friendship with Pakistan, as you have rightly observed, is inherent in our souls. I always considered it as something unique between nations. You cannot explain it just by history, culture or anything else. It is just, simply there. That’s the beauty of it.”

Two days later, almost 750km from Istanbul, another Turk almost shocked us with his concern for Pakistan. This time it was Mustafa Cevik, a carpet dealer in the famous Ihlara Valley in Central Anatolia. He said something that left us wondering about the strong feelings Turks have about Pakistan:

“I am very unhappy about Pakistan, I hear about violence, bombs, it is very bad, I wish it gets better… Muslim countries don’t have brains, and are thus suffering.”

By the end of a week-long trip through Istanbul, Cappadocia and Ankara, we were overwhelmed with the way Turks felt about our country. Their quick and effective relief and rehabilitation response after two devastating calamities, the October 2005 earthquake and the super floods of 2010, are also examples of Turkish sentiment for Pakistan and its people.

There is however a remarkable difference between the people of the two countries – the Turks are full of national pride and self-confidence.

Almost a century ago, in 1923, Kemal Ataturk defined and chose a path that has seen the country of 72 million people emerge as a vibrant democracy and a strong economy with almost an eight per cent growth rate.

In Pakistan, our ruling elite, with the predominance of the military establishment, has confused nation-building with religious indoctrination and a perpetual propagation of anti-India sentiments that even today form the bedrock of a skewed notion of security. While clarity of vision and purpose of sincerity has helped Turkey flourish, Pakistan continues to suffer because of confusion, indifference of the ruling elite and a tactical mindset.