Making money instead of music 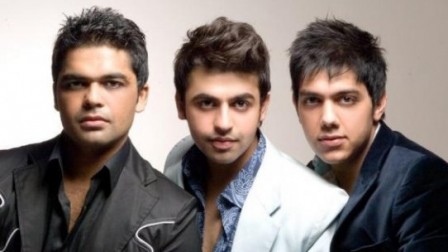 We're treated to dozens of horrid Jal clone acts - as if the original band itself wasn't enough!

There’s always been a truckload of false hype regarding Pakistan’s music scene. Many people do not consider Pakistan as good as ‘any worthwhile western nation’ when it comes to producing music. For many reasons, such a statement is ridiculous because music should never be about competition, and there should really be no nationalist basis for it. So, despite the half-assedness of Eurovision, music by and large exists in a world where territorial borders don’t exist. Still, I suppose if we were to entertain the notion that a national music scene could be compared to another nation’s, Pakistan’s music scene would be considerably behind that of Europe, North America and East Asia.

The primary reason for that is not that we lack talent, or that we lack musicians. It is not that Jal are any worse off than some other average pop-rock band in any of those nations (though they perhaps are!). The reason why we can be observed as lagging far behind is the fact that the notion of experimenting when it comes to music does not exist in Pakistan. Or at least it didn’t until perhaps a year or two ago.

Mainstream music by and large is not at the forefront of music as art. Even in the early 90s, as grunge broke through, its genesis existed in the world of The Melvins and Sonic Youth, in the world of Husker Du and early hardcore bands. Consequently, at any point in time to judge a nation’s music by who the chart toppers are is a bit fallacious.

Pakistani music’s biggest problem then, as already stated, remains bands’ adversity towards making music that breaks genres and boundaries or even tries to do so. Instead, what we get are half-hearted musicians who seem to be more interested in making cash and having their picture splattered across magazines and on music channels than challenging themselves when it comes to making music.

As a result, we’re treated to dozens of horrid Jal clone acts – as if the original band itself wasn’t enough! Everyone is up for a quick bite of the pop-rock cash cow. Of course, it’s us, the listeners, who are then infected with the aural aids that these acts churn out.

However, in nearly every major city of Pakistan, there are little sparks of hope. Hope, that one day, some of us might actually go see a band and come out of the gig with our socks blown off; not because of the energy, or the volume levels, but because the music would be just so bloody different. Hope, that we’d run over to a friend’s house to make them listen to this new band you heard of, and to wait for the inevitable reaction etched on your friend’s face and the words ‘I’ve never heard anything like this before!’ to drip out slowly. Music that is as challenging as it is beautiful.

In Karachi, two acts stand out Mole and Dalt Wisney. Both of them exist on a curiously (but fantastically) named net-label called Mooshy Moo. Mole play around in a wish-wash of genres, nicking inspiration from IDM, indie, video game music, post-punk, and about a half dozen other genres. Their music is as evocative as it is experimental, calling to mind everyone from Boards of Canada to The Postal Service and The One AM Radio.

Dalt Wisney too, dapples in electronica. His music seems heavily indebted to the likes of DJ Shadow, Aphex Twin and Four Tet, weaving a sense of superficial cacophony and chaos. Littered with samples, he layers complex melodic structures over trippy hip-hop beats.

In Lahore, you’ve got The Poor Rich Boy (and the toothless winos), a project initially started by Shahzad Noor and Zain Ahsan, who have now recruited a drummer in Mamoon Rashid. Building on singer-songwriter traditions of Tom Waits and Scott Walker, the vocals border a thin-line between spoken word and actual singing. Perhaps their best song is ‘The Fundamentals of Love’, which finds itself knee deep in rampant, playful sexuality and just the appropriate amount of absurdity. They’re perfectly complimentary to the callously picked acoustic guitar and Noor’s musky, post-Chris Cornell voice.

At the other end of the spectrum, there is ‘Punjabi punk band’, Noble Drew, making waves across borders and continents – partly perhaps due to the presence of two taqwacore veterans (que?) in Basim Usmani and Shahjehan Khan. A blend of straight-up early Fugazi guitar and rhythm with vocals straight out of a political protest, roof tops and house parties surely are too small for this incredibly talented band, who seem to be aptly tearing shit up.

Over in the capital are The Fatsumas. Despite a rather poor name, the band (who may at this moment in time have either disbanded or are on a hiatus) are an act that seem to pine for early to mid 90s indie – acts like Guided By Voices, Pavement and The Dandy Warhols. Guitars sway over and entwine with synths backed by some pretty worthwhile drumming.

But these are the underground acts – musicians without much recognition outside of their extended social circles. Though a bright future does lay in store for them, perhaps those with the most power to bring about a change in the way young musicians perceive music are mainstreams artists who have decided to blaze their own trail.

Overload, is one example. It takes a principled musician to form a group largely percussive, indebted as much to western music as to Eastern classical fare. Music in the subcontinent always tends to be very rhythm based, and to mesh that with a Western ethos has been nothing short of a masterstroke from Farhad Humayun and co. To call their music ‘raucous’ would be an understatement – it is noise, chaos and groove all mixed in one.

Another act that meshes the best of both worlds in the Mekaal Hasan Band, often (rightly) considered to be Pakistan’s best act. Their music treads a fine line between good songwriting and experimentation, borrowing in equal parts from our South Asian tradition and our love of rock – or in Mekaal’s case a bit of blues and Holdsworth inspired jazz. MHB’s newer music takes a step further, incorporating distinct pop melodies within complex musical structures, consequently creating music both for the intellectual music snob as well as someone looking for hummable melodies.

Another mainstream act whose sound is distinct are Sajid and Zeeshan – two pathans with an inkling for acoustic-guitar oriented music as well as electronica. Perhaps closest to the likes of latter-day Depeche Mode and The Notwist, Sajid and Zeeshan recall breezy spring afternoons with their tapestry.

This is not where the potential lies or ends

We often hear of music ‘scenes’ around the world – cities if not neighbourhoods where there seems to exist an almost incestuous relationship between bands. This, to an extent, is what Pakistan needs – musicians collaborating and forming side-projects to satiate their need for experimentation. To help bounce the ideas of like minded, driven musicians who seek to create new sounds.

Too often music is viewed as a competition in Pakistan, and as a business opportunity – rather than as an art form and/or a communal venture for like-minded artists. A love for music seems to play second fiddle towards commercial acceptance and recognition, and that cannot and should not be. Because if that’s the thinking that continues to pervade the mindsets of our musicians, all we will be made to listen to for years to come would be sheer, unfiltered, coma-inducing mediocrity.

And our musicians are too talented for that.

A recent graduate of the University of London who finds amongst his greatest interests music, politics & football.