Tully: A not so rosy, honest and realistic look into motherhood

The collaborative partnership between Director Jason Reitman and Screenwriter Brook Busey – also known as Diablo Cody – has yielded two critically successful movies: Juno (2007) and Young Adult (2011). The duo has now come together once again; their third film is Tully, a comedy drama that tackles motherhood and its many complicated realities.

The story revolves around the character of Marlo (portrayed by Charlize Theron, who was also the star of the aforementioned Young Adult), an exhausted mother of three, including a newborn. She is dealing with the impact that parenthood has on a woman’s life and marriage, and is clearly overwhelmed by the ever-increasing responsibilities of her growing brood. 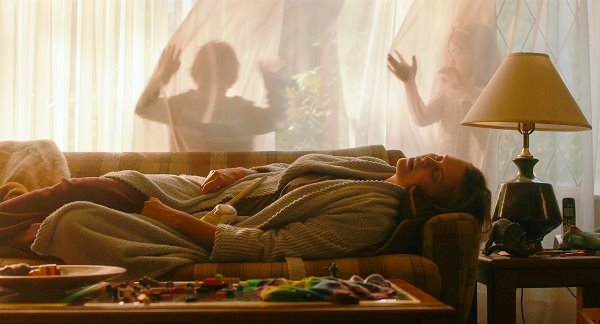 When her affluent brother (Mark Duplass) offers to hire her a night nanny, Marlo initially resists the offer, but ultimately gives in and recruits the thoughtful young helper, Tully (Mackenzie Davis).

The trailer doesn’t really spell out the direction the film will take as a bond develops between the two women. Will there be more to the movie than a frazzled mother’s life improving with the arrival of a manic, pixie dream girl, Mary Poppins? The writing would have to be very sharp to sustain a film just on that premise alone.

Should we expect a twist?

The most instantly striking aspect of the trailer is Theron’s very convincing performance; the actress looks fittingly exhausted in the clips. Moreover, Theron’s character seems central to the movie, so it will be interesting to see why Tully is the titular character of the film and not Marlo.

From the preview, it seems like female viewers in particular will probably relate to Marlo’s predicament and appreciate the film’s attempt to take an honest look at motherhood instead of offering a fantasy take through rose-tinted glasses. But Cody’s writing isn’t for everyone, and if you aren’t a fan of her stream of smart-alecky aphorisms, then Tully probably won’t be the film for you.

Reitman and Cody haven’t exactly been hitting home runs with their separate projects recently. Will working together again help these two filmmakers get their groove back? We’ll find out in a few weeks.