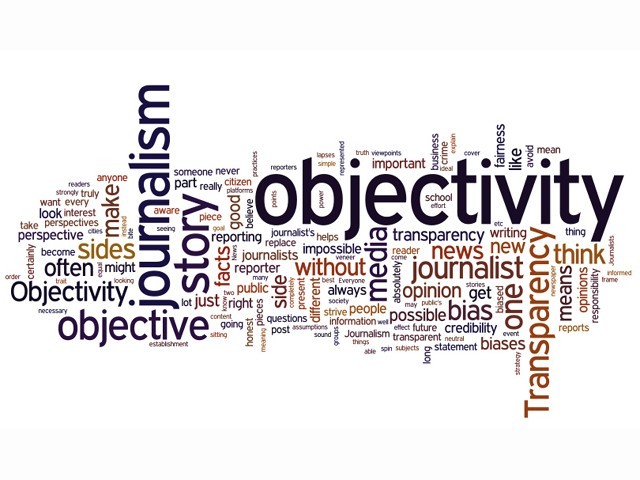 Let’s keep the criticism coming, for no one must be above criticism, but not with irrelevant and baseless facts.

One of the key traits of a leader is to have perceptual objectivity – to be able to understand and articulate the point of view that each party brings to a conflict situation, and to develop a full comprehension even if it differs from one’s point of view.

No, I’m not here to defend the ‘holy cows’ that are the military just because of my dad.

Yes, I chose not to join military because I did not agree with their policy and organisational culture.

I stand for open and ‘objective’ criticism of the military and full accountability of its assets and operations. Yet, as a man of science, I believe in proper analysis of facts before developing any theories.

Many articles, blog posts and Op-eds have been written, riding on the waves of ‘army bashing’ fervor. Sadly only half of them qualify as ‘objective’ analysis. What the ISPR released to the press after the 139th corps commander conference, was blown out of proportion and analysed with a myopic lens. The one line, I believe, that angered most civilians was:

“The participants noted with regret that despite briefing the Joint Session of the Parliament and deferring the ultimate findings to the Commission appointed by the Government, some quarters, because of their perceptual biases, were trying to deliberately run down the Armed Forces and Army in particular.”

Before we delve into any debate, it would be fair to analyse the modus operandi of both sides.

Politicians, civilians and media persons are completely free to express their views through every medium, and the vibrant press is a firm proof of that.

Military men are military men, mandated by their organisation’s rules – they cannot express their voice in print or electronic media. It all boils down to dear ISPR’s press releases to vent out their frustrations.

Do your standards of freedom of expression entail military men any space to represent the sentiments of the millions of soldiers who do not necessarily share your point of view?

They live and experience brutalities of the ‘war on terror’ with tens of them perishing every day without any appreciation. Take their statement with a grain of salt, and don’t go for overkill!

What has happened to our scholars that they have started excessively coining new binaries mandating GHQ to answer in a ‘yes’ or a ‘no?’

Is the whole world operating on binary logic suddenly?

Mr Mosharraf Zaidi, being a stalwart of public policy, graciously suggested that the military should be involved in “outreach programs in Balochistan,” feigning ignorance over the excessive efforts of Army in development activities already there.

Sir, as much as you stand for equitable and objective scrutiny of the military budget, I do too. These days, a major chunk of the time of army officers is being diverted on setting up vocational training institutes for Baloch youth. An example is the Balochistan Institute of Technical Education (BITE). The Electrical and Mechanical Engineers (EME) Core is training them in Information Technology (IT), proving specialized skills in the fields of mechanics. Army Medical Corps is setting up an entire new medical college in Quetta (for Baloch natives).

How many institutes has the civilian government set up in the entire history of the province? A figure for that would be insightful.

Many would argue that such development is not the army’s job. I ask them the following:

In the current law and order situation in Balochistan, national, multi-national or local government agencies have failed in setting up any educational institutes for the Baloch youth, who are mostly un-employed and harbor resentment towards Pakistani society.

Who will fix this?

Since he is a policy expert, I guess I will leave it to Mr Zaidi to fix the increasing violence in Balochistan.

I believe that on the policy making front , both parties are at fault. The Army isn’t utilising its strategic thinkers from NDU for solid policy making (on dealing with Baloch activists for example) and the civilian government is just evading the issue altogether.

When reputed writers like Kamran Shafi ignore simple facts like ‘Rangers fall under the Interior Ministry and not the military,’ they blow emotions out of proportions to suggest that:

“Indeed when you stop the commercial activities that have polluted our cantonments and made it easy for terrorists to target our soldiers and their poor families as happened in the army bakery blast in Nowshera.”

I feel marginalised as an objective analyst. Cantonment bakeries are for the families of army men; are they not allowed the right to have ease of access to necessities of life near their homes? Are they eating out of your pocket sir?

In our quest for being hypercritical, we overlook the important message that the ISPR intends to give us.

Let’s keep the criticism coming, for no one must be above criticism, but not with irrelevant and baseless facts.