What will it take for Karachi’s 20 million citizens to feel safe? 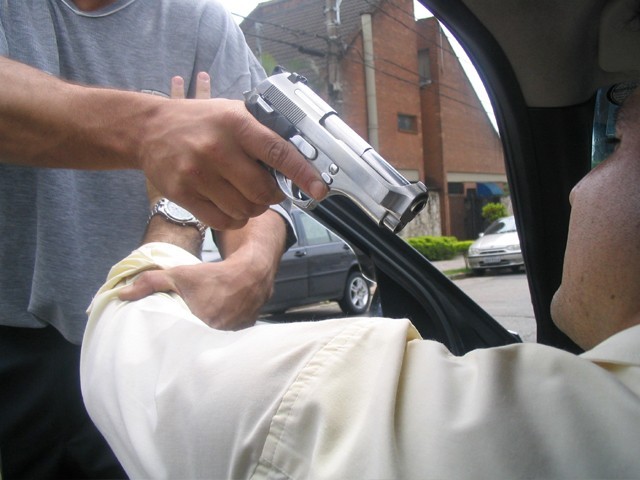 Unlike the Punjab Police, the Sindh forces are ill-equipped and in pretty bad shape. PHOTO: FREEIMAGES

On the topic of Karachi’s security, Allah Dino Khawaja, the Inspector General (IG) of the Sindh Police, recently stressed on the need to design a comprehensive strategy to curb street crimes. It is a matter of general observation that all previous drives and campaigns in this context have failed miserably; the very obvious proof of this being the high rates of crime prevalent in Karachi despite the presence of additional forces, including the Rangers.

The following are factors acting as an obstruction in providing relief to the people of Karachi:

1. Lack of training, equipment and facilities

Effective law enforcement requires planning, training and implementation. Unlike the Punjab Police, the Sindh forces are ill-equipped and in pretty bad shape. Patrol vehicles are worn out, rifles are rusty, and no effort is made to improve the general fitness level of the sepoys and officers of the Sindh Police.

Moreover, police stations are housed in dilapidated buildings with crumbling infrastructure. On the other hand, the Special Security Unit (SSU) gets the latest gadgets, vehicles and facilities, as it gets deployed for the protection of the VVIPs. All this for the elite, while the regular patrol units meant to maintain law and order on the streets run on fumes.

2. Absence of political will

There seems to be no sincere effort on part of the lawmakers when it comes to eradicating street crimes. The Sindh Assembly keeps passing bills of no concern to the common man on the streets, at the same time maintaining a cavalier attitude towards the menace of street crimes, just because their own families are well protected. Ironically, it is the taxpayer’s money paying for the security detail keeping the lawmakers safe, while common people die out on the streets.

No crime is possible without the knowledge and patronage of the Station House Officer (SHO). Each police station in Karachi has an extremely effective network of informers, who serve as the eyes and ears of the concerned SHO. Then how is it possible for street criminals to roam around with such impunity?

The extrajudicial killing of Naqeebullah Mehsud should serve as an eye opener for the higher ups of the level of corruption and rot found at all levels of hierarchy in the Sindh Police.

Joblessness, socio-economic disparity, and easy access to arms and ammunition, are just a few of the societal factors further multiplying and strengthening street crimes, as this is a quick and easy way of making money in the metropolis.

Any serious effort by our law enforcement agencies is short-lived and confined to campaigns held for a short time period, rather than making it a permanent feature to enforce law throughout the year.

The police force is demotivated. Any sincere effort by the officers of the law goes down the drain when the criminals they nab and present in courts for judicial remand, get bailed out due to lack of evidence or witnesses. This sheds light on the serious flaws in our investigation and prosecution procedures. By taking advantage of loop holes, the criminals make bail within no time. Some high-ranking police officers of Sindh Police have started voicing their concerns in this regard, and have even cited extrajudicial killings as an outcome of such a sorry state of affairs.

In order to address the issue of street crimes in Karachi, serious and sincere efforts are the need of the hour. The following strategies, if implemented comprehensively and with sincerity, can rid this city of all sorts of violent crimes:

Street crimes can be eradicated completely, simply by going deep into the police department and carrying out background checks of all the SHOs serving in Karachi. A little detective work related to their bank accounts, financial transactions and cellular communication will most likely provide the relevant information to cleanse the police department of its black sheep.

AD Khawaja has already provided a list of corrupt police officers to the Supreme Court; such efforts must continue if the department is to be cleansed completely.

It is known that there are spots throughout the city frequented by street criminals. The Citizens Police Liaison Committee (CPLC) manages such data, and updates its records quite frequently. As a result, policemen can easily go undercover in such sensitive locations in order to lure the criminals into a trap. Such undercover work can be done by a separate unit dedicated to this cause, as it would be crucial for the operation to remain covert, without the involvement or knowledge of the concerned police station.

Within the city of Karachi, there are markets famous for selling and purchasing stolen phones. Placing a strict ban on the sale and purchase of cell phones without a specific IMEI number printed on the box will yield considerable results in no time. Any shopkeeper found dealing in stolen phones must be sent to prison, and any and all pressures from trade unions or associations must be ignored.

Even though street crimes terrorise common people on the streets, their punishment seems almost negligible. Therefore, these cases must be sent to the anti-terrorism courts, in order to get speedy trials and deliver the strictest punishments.

In a recent interview, Khawaja expressed his helplessness by questioning how the police could be expected to “keep an eye on 20 million people with only 2,500 cameras”. This factor should be enough to make the people in charge realise how important it is to invest in a bigger network of CCTVs for the entire city, if street crime is to be brought down.

A centralised monitoring system, linked with a network of high-powered, solar-powered security cameras, must be installed to cover all neighbourhoods, traffic intersections, shopping areas, parks and so on, especially in the areas where prevalence of crime is high.

Each police station must also be equipped with surveillance and tracking equipment. The current system of tracking a stolen phone is quite lengthy, and involves too much bureaucracy. Before 2013, in certain high profile cases, the Sindh Police had to place formal requests to (federally controlled) intelligence agencies in order to request access to the SIM locator device, which is needed to track down a certain cell phone. Such a crucial piece of equipment was not readily available to the law enforcers at a time when kidnapping for ransom and extortion was at a record high. Even now, these SIM locators aren’t easily available to investigators, presenting a gloomy picture of the situation.

If the menace of street crimes in Karachi is to be controlled, a multi-pronged strategy will have to be implemented. This will involve everyone; from the legislators, the police, CPLC and the Rangers, to the intelligence agencies, the judiciary, the general public and the media. Only with perfect synergy and sincere efforts can the city once again become safe for the millions of people who reside in it.