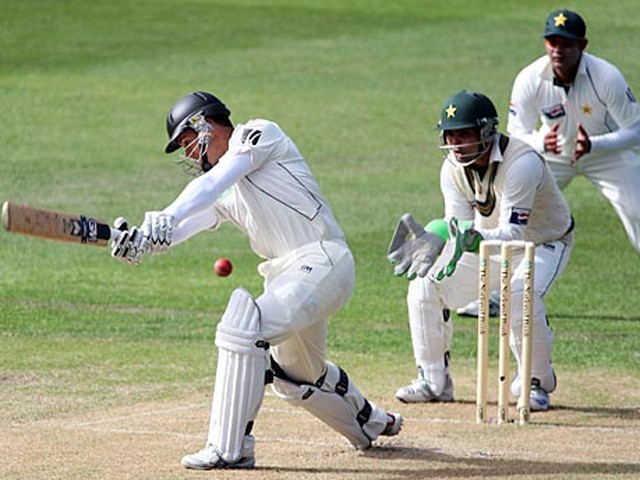 Rather than trying change the game to attract fans, ICC should look to provide quality cricket.

The International Cricket Council (ICC) is desperately looking for ways to reignite interest in Test cricket. With the advent of Twenty20 cricket, which captured the fancy of cricket enthusiasts around the world, Test cricket is in danger of extinction. Ideas are aplenty including the introduction of a World Test Championship and holding day and night Test matches.

It appears as if administrators have lost faith in the traditional game’s ability to remain contemporary and feel that changes are necessary to keep it relevant. However, on closer scrutiny the game with all its nuances and idiosyncrasies is still loved by the diehard fans – if the game it top quality. Unfortunately, it is this aspect that the ICC and the respective cricket boards have failed to address over the recent years. There are a number of factors that have contributed towards the game’s decline.

It is important to recognise these factors and take corrective measures:

For the love of money

To start with, there has been far too much focus on quantity, and in the process, quality has been compromised rather ruthlessly. Money seems to have been the driving force behind the senseless surge in the number of matches held internationally.

The ICC’s Futures Tour Program (FTP) was developed with a view to keep a balance in the cricketing calendar. However, a look at the recent past reveals that it has miserably failed to serve its purpose. India is a case in point; the country has played as many as three Test series against Sri Lanka during the past two years and has played three series each, against Australia and South Africa, during the same period. The case of India-Pakistan rivalry also illustrates the point. The bilateral series held in 2004 after a gap of 14 years was a smashing success; as a result, the administrators got carried away and the two countries subsequently met each other four times in a matter of four years.  Not surprisingly, the novelty factor wore down and fans started losing interest.

Tired players and worn out pitches

Another adverse impact of excessive cricket is the player burnout. A number of top class cricketers have called it a day or have restricted themselves to the shorter formats of the game as their bodies cannot cope with the amount of international cricket that is being played these days. Cases in point are Shane Bond and Andrew Flintoff, two of the finest cricketers of the last decade. Sadly, the demands of excessive cricket took their toll and world cricket lost two of its greatest crowd pullers.

Too much cricket also means that the pitches are used excessively leaving them lifeless and contributing towards providing boring spectacles. For instance, the West Indian pitches, once known to be the friendliest for fast bowlers, are now totally dead and offer no assistance to the bowlers.

The officials handling cricket in the member countries have also not helped the matters by acting extremely irresponsibly. Their inept management has deprived Test cricket of some of its best players such as Chris Gayle and Mohammad Yousuf. Shoaib Akhtar continued to be a victim of his country’s administrators’ whims and fancies and could never represent his team on a sustained basis.

The so called ‘Asian Bloc’ also did a great disservice to the game by helping Bangladesh qualify as a Test team on purely political grounds. The progress the Bangladeshi team has made at the Test level in over a decade is for everyone to see; their inclusion among the elite has done nothing except bring the standard of cricket down.

The argument that day-night cricket will manage to pull back the fans will not stand true if nothing is done to revive the game’s standard. The example of the recently held series between Pakistan and West Indies proves the point. The series, despite being televised in the evenings, hardly generated any interest among Pakistani fans simply because the players representing the two teams and the quality of cricket were below par. Even the India-West Indies series is not getting the desired mileage because the top stars including Sachin Tendulkar have opted to skip the tour. On the other hand, day matches involving top players and offering high level of competition such as the Ashes regularly attract large viewership.

The ICC should perhaps take the responsibility to restore the standard of cricket itself now. It should ensure that there are proper gaps in between two series played between the same opposition; the pitches are used optimally so that they retain their sporting character.

The ICC should also look to curtail the unlimited dose of inconsequential tournaments involving more than two teams which greatly contributes towards player burnout.

Lastly, the ICC should work in tandem with its member boards to guarantee that the top players, who are the real advertisement of the game, are handled properly in order to enhance the profile of this great game. Only then can the ICC hope to retain the followers’ interest in Test cricket.

Exclusivity has always remained cricket’s beauty. The fact that only 10 teams are allowed to compete at the highest level makes it different from any other game. The leisurely pace of Test cricket is unparalleled in contemporary sport. These are some of the facets of this game that the ICC should use to market it rather than trying to position it as any other fast paced sport such as football and basketball.

Rather than trying to tweak the game in order to attract a larger fan base, they should look to provide quality cricket to the diehards.