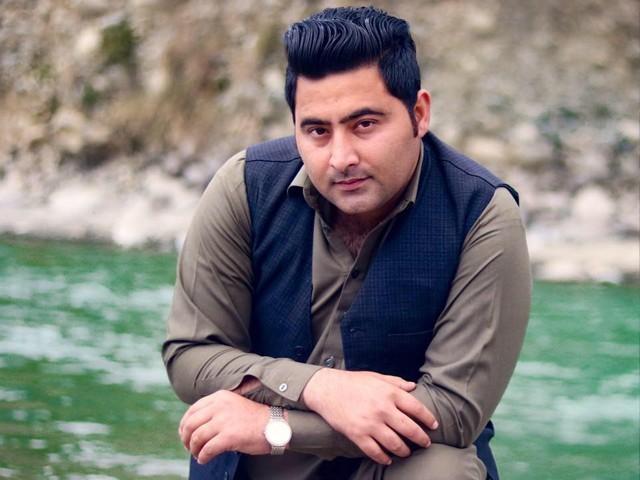 The investigation that followed soon revealed that the allegation of blasphemy against Mashal Khan was, in fact, false. PHOTO: FACEBOOK/ MASHAL KHAN

The dawn of April 13, 2017 saw the might of a monster that was long nurtured in Pakistan. A monster of hate, intolerance, violence and one who misuses the blasphemy law as a tool of vengeance. This time the prey was Mashal Khan, a 23-year-old, mass communications student at Abdul Wali Khan University Mardan, Khyber-Pakhtunkhwa (K-P).

The ghastly lynching done as a ‘great service’ to Islam was a manifestation that human beings are capable of carrying unimaginable proportions of barbarity, if they are driven by religious conviction and self-righteousness.

The investigation that followed soon revealed that the allegation of blasphemy against Mashal was, in fact, false. He was premeditatedly murdered because he was critical of the university’s management and spoke against the alleged corruption at the university.

The topic of blasphemy in Pakistan is untouchable and talking about this subject is akin to risking one’s life. The fear is so much that post this tragedy, everyone hid behind their cowardice including the politicians who were supposed to be the first ones to condemn the heinous crime. It was the common citizens of Pakistan whose widespread outcry and protests didn’t let the incident die and led to suo motu notice by the Supreme Court of Pakistan.

Amidst the fear when everyone in the power halls chose to chicken out, Imran Khan, chairman of Pakistan Tehreek-e-Insaf (PTI), showed immense bravery of not only visiting Mashal’s home but calling it an “all-out murder” and stated that Mashal was “no blasphemer”. This was no small act and this gave others the courage to speak up too.

1. This morning I condoled with Mashal's family and was moved by their amazing courage and dignity pic.twitter.com/AkZFdqxyIp

Imran and his party deserve further commendation. The K-P government, with its sincerity and resolve, and the K-P police, with its integrity and professionalism, together with the prosecution team and Supreme Court served justice in just about 10 months.

The verdict announced by the Anti-Terrorism Court, Haripur, carried mixed responses. While many were appreciating the verdict and its swiftness, others expressed their reservation on the exoneration of 26 accused on the grounds of lack of convincing evidence.

If we look at it rationally, the verdict carries more positivity than negativity.

In Pakistan, where it takes decades to dispense justice, especially in cases which involve murder, this verdict is of historic significance. From arresting the 57 accused, collecting evidence against each one of them, completing the trial and declaring the verdict in less than a year is no less than an achievement.

The criticism attached to the acquittal of half of the accusers is justified, but we must understand that judges are restricted by laws and evidence – they can’t declare hangings on public wishes. Considering the gravity of prevalent religious sentiments in this country, it is very brave of the judges to give a verdict that involves death penalty and life imprisonments on false blasphemy accusations. This gives out a loud message that the state will not show any more tolerance for mob lynching and religious vigilantism. Let’s also not forget that the re-appeal is filed against the released men, so as of today, they are not completely off the hook.

While we are rightly focusing on the decision, its aspects and implications, something worrisome is being overlooked. On the night of the verdict, just a few hours after this encouraging judgment arrived, the rottenness of religious fanaticism began to crawl out, killing the momentary hope. The sympathisers of the convicts began to gather at the Mardan Motorway to garland the released men. They lionised them as ‘heroes’ and ‘ghazis’ (warriors) and vowed to challenge the convictions in the Supreme Court and refused to sit quietly until the convicts are released.

Two days after the verdict, on Friday, supporters and religious parties including Jamaat-e-Islami (JI), Jamiat Ulema-e-Islam-Fazl (JUI-F) and Jamiat Ulema-e-Islam-Sami (JUI-S) staged a protest in Mardan to protest against the convictions. The attendees carried banners which read ‘Mashal supporters, stop us if you can’. If this wasn’t disgusting enough, the gathering was addressed by those acquitted by the court who showed no remorse and instead resolved to repeat their actions. They publicly threatened that whoever will commit blasphemy will meet the fate of Mashal.

The years-long use of religion to preach hate, intolerance and violence and the persistent cowardice, negligence and complicity of the state in this matter has strengthened these hardliners who now seem insuppressible and incurable. Amidst all of this, the decision of the K-P government to not bow down before them by deciding to re-appeal against the acquitted men elicits massive respect.

Nevertheless, the dawn of February 7, 2018, was not an ordinary dawn. It brought three things with it – victory, hope and a lesson for Pakistan.

Victory – for the first time in the history of Pakistan, 31 people were convicted on charges of mob lynching and false blasphemy accusations. The much-awaited precedent was set; the much-needed deterrence was created.

Hope – the scale of impunity attached to the misuse of blasphemy law and mob justice is reduced, if not eliminated fully.

Lesson – the death of Mashal is on the hands of the state because what happened to him was the culmination of the state’s failure on multiple fronts. Mashal was swallowed by a volcano that the state so carefully cooked on slow-heat for years. If it is to ensure that no one else meets the fate of Mashal, those in power have to take the responsibility to guarantee indiscriminate strict measures against the individuals and the religious and educational institutions that preach hate, peddle intolerance and promote violence. The state has to establish, both by law and education, that no one has the right to take anyone’s life and that religion is a personal matter and after Allah (swt), the prerogative rests with the state and not with any individual to identify between vice and virtue, prosecute and punish.

With this verdict, today, Pakistan has moved a step further in the right direction. It is to be decided now or never if this case is made a catalyst for the eradication of deep-seated intolerance, hate and the tacit approval of violence, or will this country be left at the mercy of these monsters.