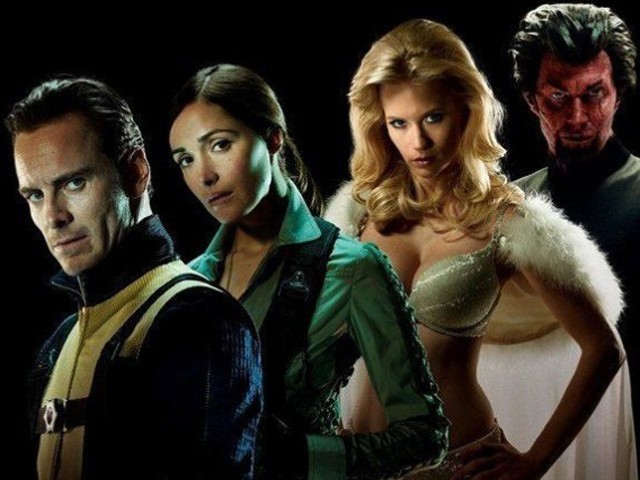 It seems impossibly difficult to make a movie based on existing material that isn’t a book. Comics, video games, toys all make for bad script, cardboard acting and clichéd emotions. Or at least, that’s what Transformers, Bloodrayne, Prince of Persia and now X-men: First Class lead one to believe.

Plot: Directed by Matthew Vaughn(of Kick-Ass fame) the movie finds us in prequel mode. The setting is the 60s, during the Cuban Missile Crisis, with a brief glimpse of World War 2. Primarily the movie focuses around two characters, Charles Xavier and Eric Lenshher/Magneto and how the world initially comes to grips with the existence of mutants among regular humans with looming international crisis points in the background. The movie takes a few liberties with both the source material and history.

Cast: An all-new cast is led by James McAvoy as the young Charles Xavier(formerly played by Patrick Stewart) and Michael Fassbender as Magneto (formerly played by Sir Ian McKellan). McAvoy and Fassbender are both accomplished actors. Their chemistry in the movie is superb. Many have drawn comparisons between McAvoy’s Xavier and Fassbender’s Magneto to Martin Luther King and Malcolm X. The other charecters -Mystique, Beast, Banshee, Havoc, Angel Salvadore, Azazel, Emma Frost, Sebastian Shaw, Darwin and Riptide – however, are just sad. Many have just a couple of lines at most and those too of “So what’s your power?” variety.

Costumes & CGI: In a word, bad. Havoc’s plasma beams are like red hula hoops around him. Mystique is ugly and Beast is a cheap stuffed toy. People were actually chuckling when Beast first showed up. Riptide’s whirlwinds are two Tasmanian Devils from the Looney Toons gang.  Azazel’s face is a Halloween mask. All of which is confusing because the budget was around $150 million and they got these things right in the previous movies.

What was somewhat laudable was how the film used the period setting to its advantage. Since the events shown are set in the 1960s, there’s a lot of beehive-hairdo action, gratuitous dropping of the word “groovy”, old-school cars and even decade-appropriate furniture.

Adaptation: As an X-Men fan, I understand there were bound to be changes. It isn’t possible to incorporate the exact storyline and even when that is done the result isn’t necessarily good cinema, example: Watchmen.

However unnecessary changes just made X-Men: First Class cheesy. Particularly ridiculous were additions like crazy scientific explanations to justify super powers and cliched training montages (in which Xavier helps his associates develop control over their powers through one week of magic pep-talks). If not for McAvoy and Fassbender’s screen presence and the genuine depth to their characters, the movie would be a total write-off. As it stands now, it came across as just somewhat better than the horrible X-Men (3): The Last Stand. X2 remains the best of the series.

Watch only if you genuinely loved the movies and have already seen Kungfu Panda 2.